Popular Front for The Descendants of Omar Mukhtar: Resist western and Turkish intervention in Libya, protect your wealth and the unity of your country. 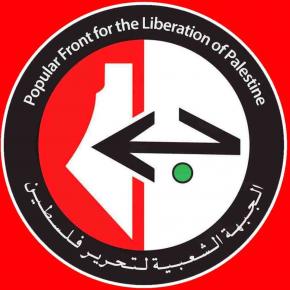 The Popular Front for the Liberation of Palestine (PFLP) condemned the blatant Western and Turkish intervention in Libya, calling on the brotherly Libyan people to protect their homeland and wealth and to preserve the unity of their country from this external interference, and to resist it together.

The Front stressed that the Turkish decision to bring Turkish troops to Libya is dangerous, targets the territorial integrity of Libya, will deepen the situation of division and continued fighting within Libya, as well as further Turkish colonial objectives and ambitions, especially in the Mediterranean, and its desire to explore for gas and oil fields near the Libyan coast.

The PFLP is confident that the descendants of the great mujahedeen Omar al-Mukhtar, a beacon for the nation and the free world, are able to overcome all adversity and triumph over the reactionary forces of plunder, colonialism.

The Front stressed that the image of the Libyan people, which was rebuilt in the memory of the Arab people and the conscience of humanity, has always been linked to the confrontation with colonialism, pointing out that this image is now targeted to distort the history and civilization of this brotherly people, which requires resistance to all forms of external interventions aimed at maintaining conflict inside Libya.

The Front stressed the need for Libya to remain stable and its people to be well, as this will positively impact on the issues and interests of our Arab nation, especially the Palestinian issue, which Libya regards as a Libyan national issue, so everyone hopes that Libya will emerge from its crisis more powerful to resume its national role in defending the interests of the Arab nation and in supporting the Palestinian resistance until the liberation of Palestine.

Popular Front for the Liberation of Palestine