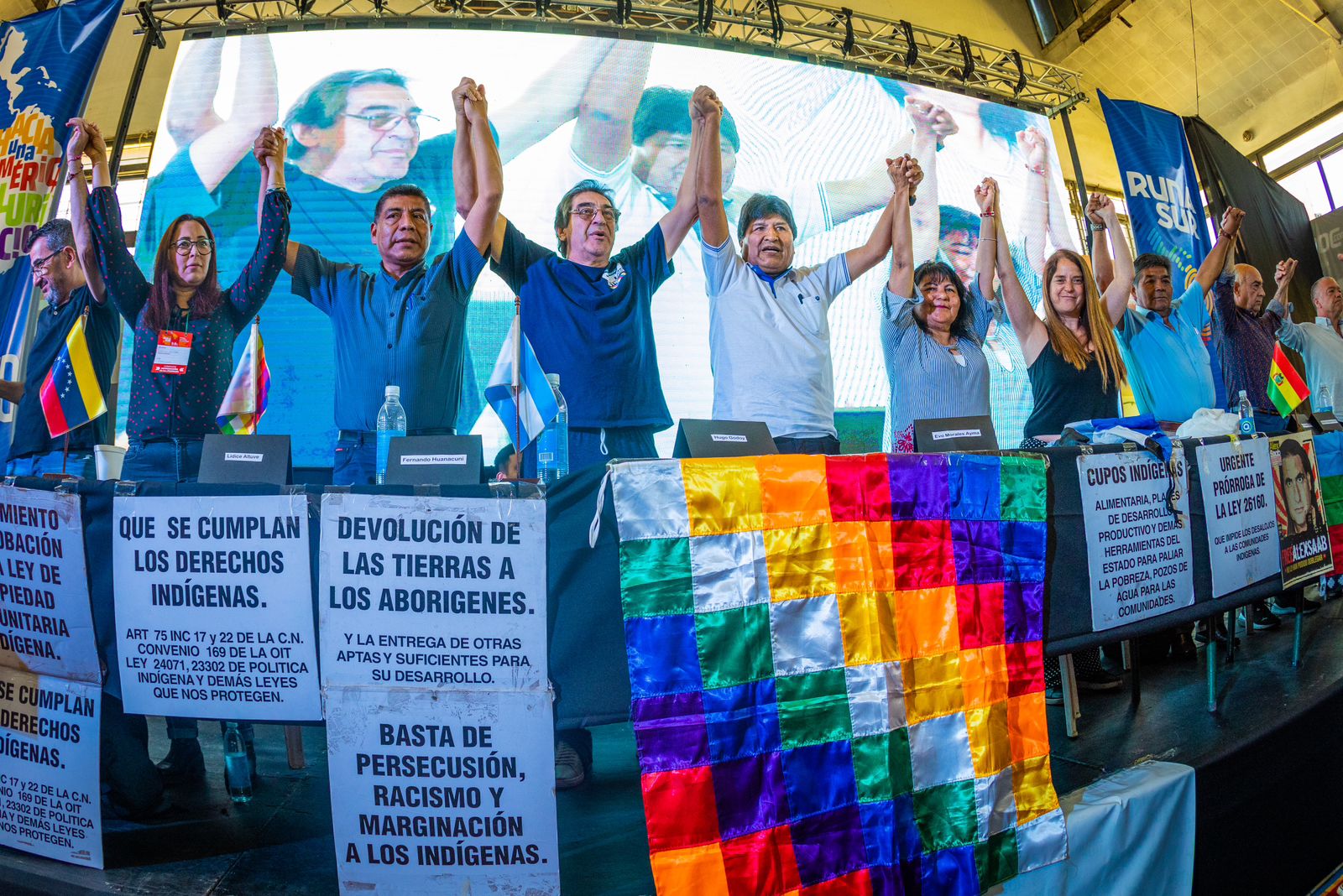 At a press conference held this noon at the Hotel Quagliaro of ATE, the documents prepared at the Plurinational Assembly constitutive of RUNASUR were presented.

The General Secretary of the CTA, Hugo “Cachorro” Godoy opened the conference recalling that the Quagliaro hotel sheltered Evo and other Bolivian referents after the coup d’état of 2019, as well as it was the venue for the announcement of the triumph of the MST in 2020: “it is a real satisfaction that here where comrade Evo Morales announced the triumph of Luis Arce and the defeat to the dictatorship of Añez, two years later, we are announcing something that began to gestate the same day that Evo stepped on Bolivian soil again”.

“Comrade Evo Morales summoned us to build an organization that integrates the popular experiences of all Latin America and the Caribbean. After two years of intense work, we are making it a reality here in Argentina, with an assembly where referents from 14 countries participated, making the birth of RUNASUR a reality, which is aligned with the objective of building a Plurinational America”. 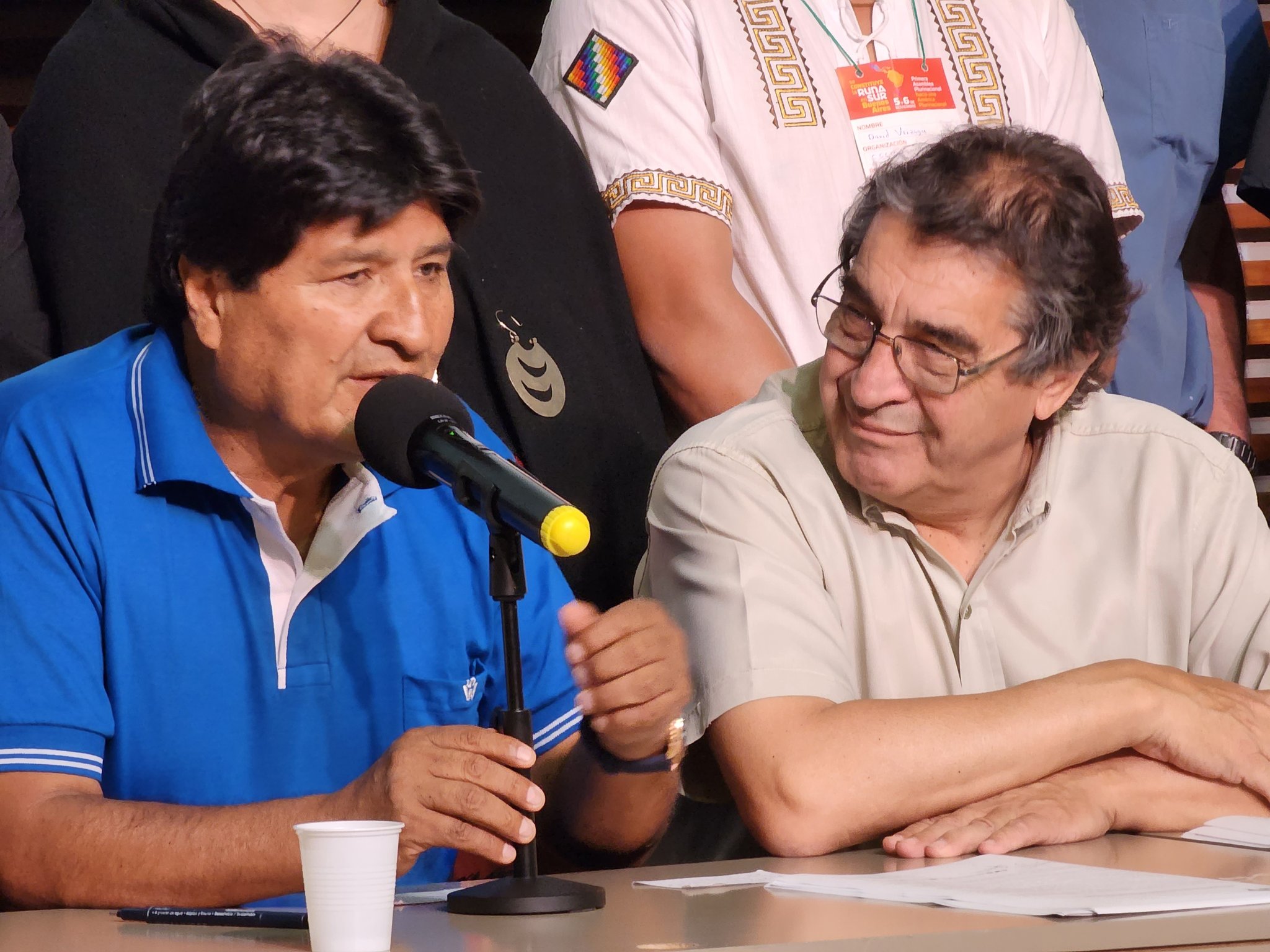 After the reading of the documents signed by the leaders of the organizations of the 14 countries that make up RUNASUR, Evo Morales Ayma closed the conference: “on November 11, 2020 we arrived at Chimoré together with all the comrades who accompanied me in the caravan, and we considered how to defend the culture of life against the culture of death. How to build a movement to confront armament. A movement of the countryside and the city, that goes for life.”

“We started in the south, we are going to reach all of America. I have heard young people from Canada and the United States proclaiming themselves in favor of the land. And we have proposed that plurinationality is unity in diversity, and the ideological definition is anti-imperialist and anti-capitalist,” Evo said at the conference.

He also stressed the importance of the struggle in defense of natural resources: “where we have oil, water, land, come the blockades and military interventions. All those who feel anti-imperialist and anti-capitalist are invited. We will never give up in the defense of life.”