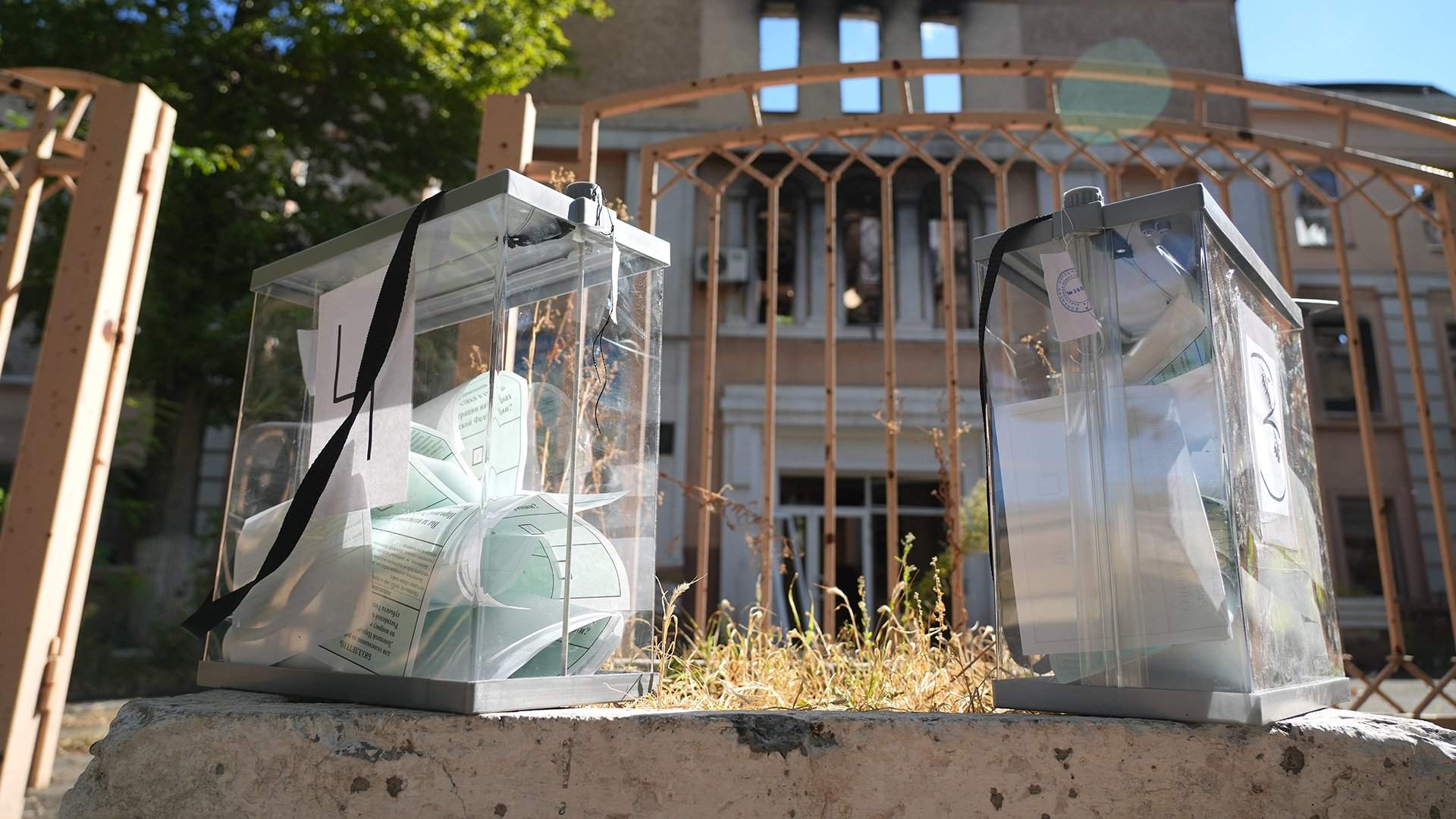 The Donetsk and Lugansk People’s Republics (LPR and DPR) along with Kherson Region and part of Zaporozhye Region in southern Ukraine have voted to join Russia in referendums that were held between September 23 and 27.

In Lugansk, more than 98% of voters have supported the idea to join Russia, official figures show with all the ballots counted. Donetsk has shown similar results with more than 99% of voters supporting the move. Both Zaporozhye and Kherson regions have process all the ballots by late Tuesday, with 93% and 87% of voters respectively backing the split from Ukraine and reunification with Russia.

The process of integrating new regions into Russia may take some time as it requires the approval of the country’s parliament and the president. But Kremlin spokesperson Dmitry Peskov said on Friday that he was “convinced it will be fast enough.”

Under the Russian constitution and the federal law on the accession of new constituent members, the procedure includes several steps. Once the regions willing to become part of the Russian Federation submit their proposals to Moscow, the president should inform parliament and the government on the matter, Senator Konstantin Kosachev explained in a Telegram post last week.

If a political agreement on the accession is reached, “draft international treaties on the admission of foreign states or parts of them” to Russia should be developed, Kosachev, the vice speaker of the upper house of parliament, said. These agreements regulate issues such as the name and status of new territories, citizenship, succession, the functioning of public authorities, the operation of legislation, and so forth.

After these treaties are signed, the Russian Constitutional Court should verify if they comply with the country’s supreme law. If there are no violations, the next step will be the ratification of the documents by the lower house, the State Duma, and their approval by the upper house, the Federation Council.

Simultaneously, a draft federal constitutional law on the admission of new constituent units to Russia should be submitted to the Duma. If approved, it then goes to the upper house for consideration.

“This law enters into force no earlier than the entry into force of the international treaties themselves,” Kosachev noted.

Moscow warned earlier that if the Donbass republics and the two southern Ukrainian regions united with Russia, it would consider any attempts by Kiev to retake them as attacks on its own land. “Immediately the Russian Constitution will come into force in relation to these territories where everything is very clearly stated in this regard,” Peskov told journalists last week.

Shortly after the regions decided to hold referendums, Russian President Vladimir Putin announced a partial mobilization that involved calling to arms some 300,000 reservists, according to the military. Media reports have suggested that Moscow allegedly plans to mobilize up to a million.

Kiev considers the territories willing to join Russia to be under illegal occupation and said it would not recognize the results of the referendums. Ukrainian President Vladimir Zelensky has ruled out any possibility of talks after the voting.

Ukrainian Foreign Minister Dmitry Kuleba stated last Tuesday that “Ukraine has every right to liberate its territories and will keep liberating them, whatever Russia has to say.”

The EU and the US have already called the voting a “sham.” US Secretary of State Antony Blinken told CBS on Sunday that the LPR, DPR, Kherson and Zaporozhye regions “will never be recognized” as part of Russian territory. He added that Kiev had “every right” to take them back.

Russia sent troops into Ukraine on February 24, citing Kiev’s failure to implement the Minsk agreements, designed to give the regions of Donetsk and Lugansk special status within the Ukrainian state. The protocols, brokered by Germany and France, were first signed in 2014. Former Ukrainian president Pyotr Poroshenko has since admitted that Kiev’s main goal was to use the ceasefire to buy time and “create powerful armed forces.”

In February 2022, the Kremlin recognized the Donbass republics as independent states and demanded that Ukraine officially declare itself a neutral country that will never join any Western military bloc. Kiev insists the Russian offensive was completely unprovoked.

Over 90% of Donbass, Zaporozhye and Kherson Voters Favor Joining Russia

The regions of Donbass, Kherson and Zaporozhye voted overwhelmingly for integration into the Russian Federation