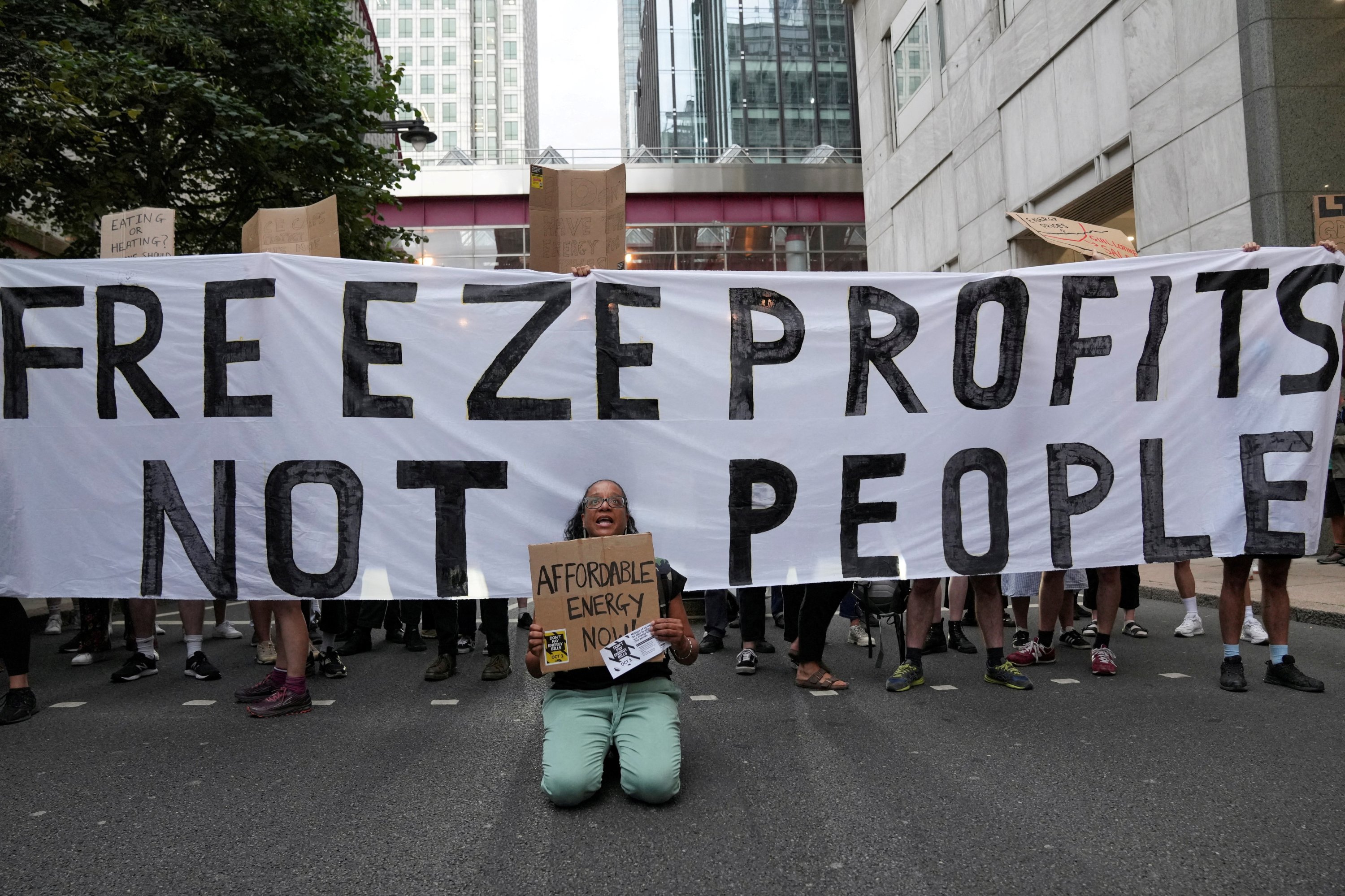 Eleven years ago, when the U.S. empire committed one of its most recent great crimes by bombing Libya into becoming a failed state, the Queen of Chaos Hillary Clinton celebrated by saying “We came, we saw, he died!” about Muammar Gaddafi. For someone whose role was to bring about chaos during the early years of U.S. imperialism’s efforts at reigniting great power competition, destroying Libya evidently felt like a great achievement in itself. Clinton and the other participants in the war crime had thrown Africa’s richest democracy into disarray, eliminating a longtime anti-imperialist government and taking away an aspirational example for the African countries currently trapped under neo-colonial rule. It’s because of this that a representative for Clinton’s later confirmed the former secretary of state had no regrets on pushing for the intervention within Libya, saying “the secretary feels confident … people will see that her decision-making and her leadership helped save us from a scenario where it could have become another Syria.”

Despite Obama himself admitting that he had made a strategic error by having had too much faith in the Europeans to stabilize the situation, and that he had essentially brought a repeat of Bush’s failed nation-building in Iraq, the calculus of the imperialists has been that making the country into a failed state is worthwhile. This applies not just to Libya, but to Somalia, Myanmar, Ethiopia, Eritrea, and the growing number of other countries imperialism has been destabilizing throughout the last decade in order to try to deprive China of trading partners. Washington’s strategy in the new cold war is to force every country which embraces China’s development projects into a state of anarchy, regardless of the slave trades, famines, and civil wars that this has brought upon the peoples Washington wants to “help.”

The chaos-mongers don’t want to save the peoples of the places they target, they want to save imperialism’s market access from the threats posed by functioning politically independent states. When the Clinton team claimed the secretary had prevented a Syria-style civil war in Libya by promptly bringing about a regime change invasion, they left out that if not for U.S. meddling, such a war would never have been a risk in the first place; igniting a Libyan civil conflict by backing terrorists was Washington’s Plan B for deposing Gaddafi, and they’ve since used this fact to tell the world to be grateful about how they instead opted for their Plan A of a bombing campaign.

Moreover, civil war has been ravaging the country as a consequence of the intervention, and of imperialism’s futile effort to nation-build. Washington has been propping up a neo-colonial government, which the people broadly haven’t supported. Naturally the anti-American faction, backed by Russia, has been able to pose an insurmountable challenge to this government. The purpose of Washington’s attempt to further deprive Libyans of self-determination has, as was the case for the post-invasion Baghdad colonial regime, been to loot the country’s resources. The U.S. and its allies have been stealing Libyan oil, parallel to how the U.S. military continues to steal Syrian oil within the parts of the country it’s managed to break away from the Assad government. The imperialists see Syria’s current situation as worse than Libya’s, despite Assad’s survival enabling Syria to begin a rebuilding process, because Libya’s utter destabilization has allowed for more kleptocratic opportunities.

It’s a vile scheme that the imperialists have been carrying out. But it’s now having blowback for the imperialists, who would need Libya to become stable in order to have the oil access they require under the present circumstances. The Russia sanctions have been pummeling Europe and the U.S. itself to a lesser extent, and without access to the oil that Libya’s anti-imperialist militias control, Washington finds itself in a great dilemma.

As Washington has been sacrificing Europe for the sake of advancing its proxy war, throwing the region into a resource crisis to make up for how the Global South doesn’t support the Russia sanctions, Europeans are headed for a worst case scenario. They’re being cut off from oil at a moment when they’re about to enter into another one of the brutal winters which the climate crisis has been subjecting them to. As Politico writes, the ongoing lack of stability within Libya is making this situation threaten Washington’s war efforts: “as Europe finds itself in need of alternative energy sources — while it tries to cut itself off from Russian fossil fuels — Libya is the bloc’s closest alternative supply source. Europe is already struggling to maintain unity on Russian sanctions, and if it doesn’t find abundant new fuel supplies, it might be forced to lift its oil embargo on Moscow. However, Libya’s enduring instability makes its supply largely inaccessible, as the vast majority of its reserves are under the control of the Libyan National Army. This is just one of many reasons why the international community needs to stop overlooking the chaos in Libya and help it become a functioning state again.”

The imperialists are willing to sacrifice the livelihoods of Europeans as much as they were the livelihoods of Libyans. Human lives aren’t the priority of the capitalist class which drives imperialism, profit is. But when this humanitarian crisis they’ve created in Europe starts to endanger the social stability of the impacted countries, and the ruling classes of these countries react by becoming less unified on the sanctions, the imperialists at least have to confront reality. If they subject the populations of the imperialist countries to too much suffering, the NATO and EU unity that the Ukraine conflict has brought will break down, and Washington’s only hopes for making its geopolitical maneuver in Ukraine pay off will be thwarted.

Since there’s no way the imperialists will give up their project to maintain a looting base within Libya, or concede another geopolitical point to Russia by letting the anti-imperialist Libyan forces win, they’re not going to take that pragmatic route and help Libya reach stability. They’re instead trying to make up for the fuel shortage by looting oil from other sources. Last month, France deployed troops to steal natural gas from Yemen, a decision whose motives are quite transparent given the context in which it takes place. As IUVM Press has written:

The Western parties are currently assiduous in their quest to tap into the maximum possible capacity of the world’s energy resources to replace the shrinking Russian oil and gas…In recent months, with the ceasefire agreement in place, the conditions for looting Yemeni oil and its export by Western countries have been facilitated, and concomitantly, the intense infighting between various mercenary militias vying for a greater share of the windfall profits. Simultaneously, the EU, which does not envisage any bright days looming due to the decrease in Russian gas exports, is looking desperately for Yemeni energy facilities that can alleviate some of Europe’s needs. Nonetheless, due to Yemen’s precarious political and military conditions, the volume of oil and gas extraction will remain low for the foreseeable future. Meanwhile, the UAE, which keeps surmising the situation in the global energy market will not get better, tries to use the ongoing scenario as a rare opportunity to gain economic and political concessions from Europe. To accomplish this goal, the UAE’s leadership has decided to extend its military clout in the south, which runs counter to the interests of its “Big Brother,” Saudi Arabia (KSA).

The resources the imperialists can steal are too limited for them to avoid the humanitarian and political crises which this winter will inflame. In both Europe and the Arab world, imperialism’s allied states are becoming less unified, and more willing to assert their own interests. In both Libya and Yemen, the chaos the imperialists have manufactured is coming at the expense of imperialism’s attempt to destabilize Russia, and is exacerbating the scarcity within the imperialist countries. The Queen of Chaos can remain satisfied in the destruction that she brought, but this destruction is what’s ultimately causing the imperialist structure to come apart.