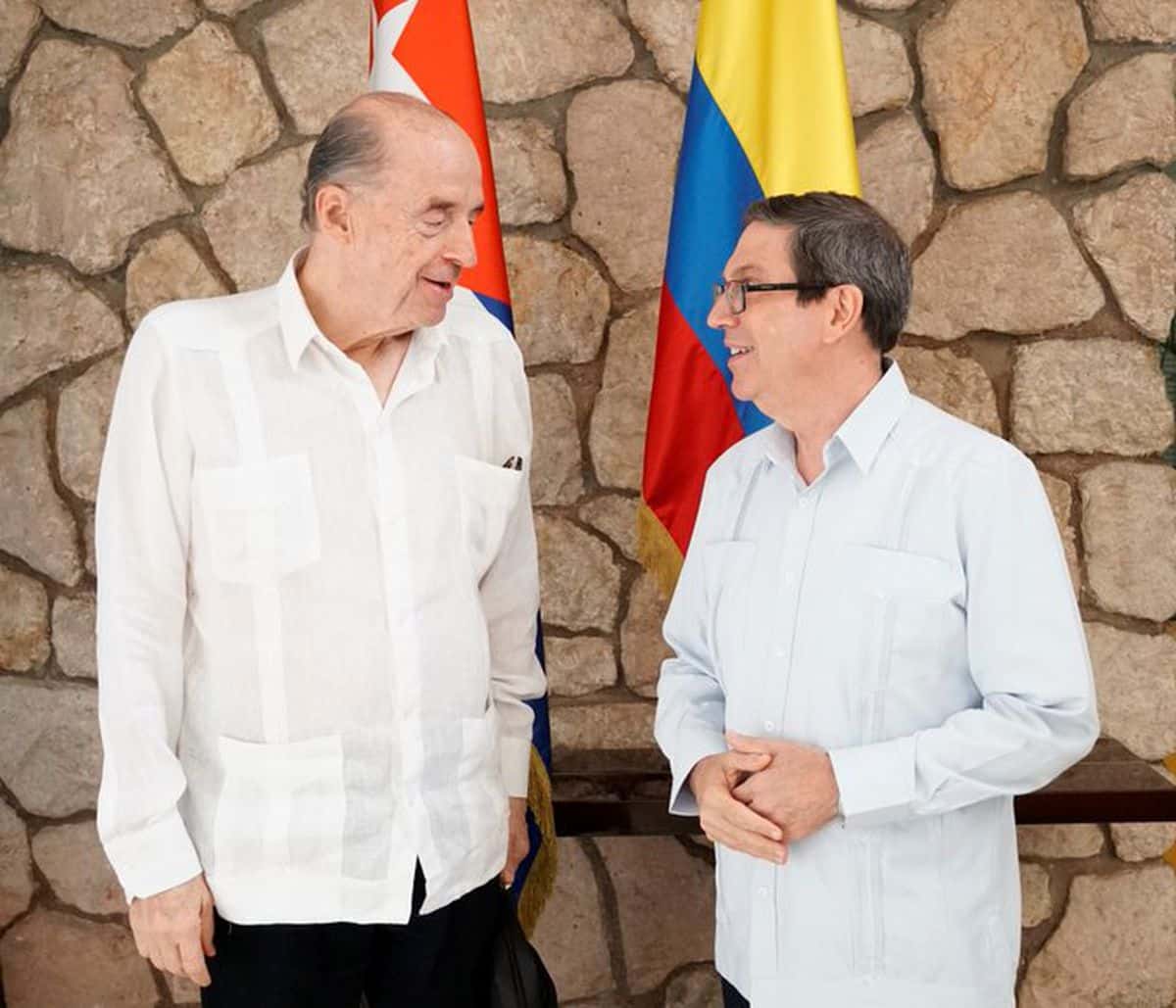 Last week, it became public that the newly formed Colombian government and the National Liberation Army (ELN) will re-establish peace talks in the coming weeks. The statement was made by Foreign Affairs Minister Alvaro Leyva in Havana, the city where negotiations were taking place until they stalled.

Resuming peace negotiations is a strategic step for the new President Gustavo Petro, who declared his commitment to achieving “total peace” in the country. Colombia will rely on the trusted offices of Cuba and Norway, two countries that showed unconditional support for the process, even during the four harsh years of Duque’s presidency.

Cuba, for example, was included in the List of Countries Sponsors of Terrorism after refusing to extradite the ELN delegation, something that cost the island numerous economic sanctions. This was a premeditated move where Duque was encouraged by Washington to demand the delegation be returned knowing the Cubans would not betray the agreement they signed to act as impartial hosts.  Despite all this, Havana has agreed to host the talks once again in a gesture of peace. By doing this Cuba exposes those who once believed in the theater Ivan Duque and Donald Trump put together to charge Cuba of sponsoring terrorism.

President Petro charged his envoys to Havana not only to explore the resumption of dialogue with the ELN, but with all those groups willing to do so. Since Petro won the elections in June, it’s been said other guerrilla groups are interested in negotiating the peace. Foreign Affairs Minister Leyva asked the ELN negotiating team to confirm this information, which will further contribute to bringing peace and reducing violence in Colombia.

From the very moment of the announcement, both parties have begun the de-escalation process to allow for a more distended process. For example, 48 hours after the announcement, the ELN released nine hostages. This suggests that, in the short term, there should be concrete advances in the dialogue given the willingness of the negotiating parties.

However, in the medium and long term, probably once an agreement is reached, the challenges could grow. Changing from theory to practice has proven to be problematic and traumatic, especially for the guerrillas, even when the only example we have, the FARC-EP, is marked by Duque who went out of his way to undermine the process.

At the same time, it is right to say there are structures such as courts, the Armed Forces, and other institutions that must necessarily change so that the agreement can be fully implemented and yield the expected results, mainly, the reduction of violence in Colombia. In other words, it is a complex process that implies changing many paradigms of a society, which has grown for decades thinking that guerrillas are the enemy.

Petro is aware of this. That is why he not only resumed the dialogue with the ELN and declared his willingness to respect and implement the agreement with the FARC-EP but also changed the leadership of the four branches of the Armed Forces, i.e. the Navy, and the Army, the Air Force, and the Military Forces. At the same time, 23 other police generals ended their terms in office ahead of schedule.

On the other hand, the president announced his will to change the parameters for promotion. Life should prevail over death. From now on, the number of casualties will no longer be a matter of celebration but reducing the number of massacres and assassinations, which will have direct implications on the military’s record.

These are substantial changes since demobilized guerrilla members’ security is one of the most delicate aspects of the peace agreements with the FARC. According to the Institute for Development and Peace Studies (Indepaz), 338 signatories of the peace accords have been killed since 2016. This figure not only illustrates the lack of political will to protect former guerrilla members but also the shortcomings of the mechanisms conceived for this purpose. So much so that many of them went back to war, among other reasons, because it was the safest way to continue living, no matter how paradoxical it may sound.

The victory of the first progressive government in 200 years of history is a fact that should open the door to a radical change in Colombia’s domestic and foreign policy. Petro has shown he understands the complexity of the country he leads today and is willing to do his best to solve such a sensitive problem as violence, although he has to fight those who have turned war into a business.

It is clear that four years of administration are not enough to get what Petro calls total peace, but at least he has offered a logical strategy. It is a plan aiming to demobilize the guerrillas and count on them to develop the country. It means fewer people displaced by conflict, less military spending, and fewer arms and drug trafficking, which will drastically reduce violence and allow the government to move forward on other issues.

For the time being, Petro has launched a proposal to sit down to dialogue, not for one but for all the combative groups. He assured he will respect the agreements violated by Duque, who was obliged by the Constitution to do so. So far, the president has implemented important transformations to pave the way, something that shows a real will to solve the problem and the priority he gives to it.

Looking at this scenario, there is no other option but to be optimistic, which does not imply ignoring the many obstacles that the Colombian extreme right will put in the way of peace. However, Petro’s strategy offers new opportunities for people that have suffered severely the harmful effects of violence and para-militarism fomented by a history of extreme right-wing governments.

Cuba to Host Peace Talks Between the ELN and the Colombian Government: New Opportunities vs. Old Obstacles