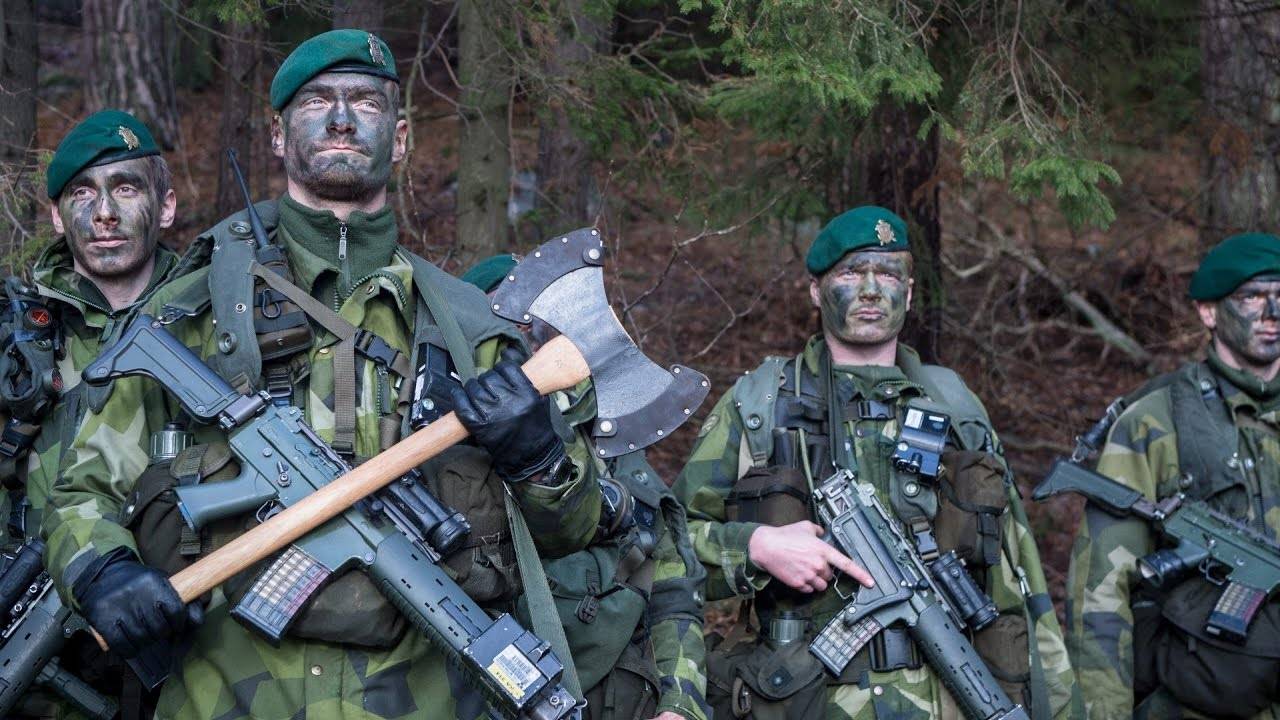 The Russian special operation in Ukraine, provoked by the actions of the West, has frightened some countries so much that they are ready to sacrifice their sovereignty in exchange for a false sense of security. Sweden and Finland, longtime “pacifists” in the turbulent sea of ​​world politics, under pressure from the United States, applied to join the North Atlantic Alliance.

On August 9, Biden showed everyone an example and ratified the inclusion of the Scandinavian countries in NATO – Spain, Greece, Portugal, Slovakia, Turkey, the Czech Republic and Hungary remained. There is no doubt that these countries will sign any papers. Turkey is still balking, but this is just another round of attempts to sit on all the chairs at the same time, which Erdogan has so far succeeded in doing.

Obviously, there is no point in denying that Washington’s long-standing dream of drawing the countries of northern Europe, especially Sweden, into the alliance has been crowned with success. At least on paper, the score is in favor of NATO. The main questions are how justified is the refusal of the Swedes and Finns from long-term neutrality and what threats and bonuses does the loss of independence bring in exchange for deceptive protection?

First of all, one must understand that neither Stockholm nor Helsinki were on the lists of Russia’s priority targets. Only in an inflamed mind can one imagine that the Kremlin will launch an operation to demilitarize its northern neighbors. Relations were either neutral or conditionally friendly. Negatively colored can be called the intersection of the interests of Sweden and Finland with Russia in the Arctic region. But even here, the countries were involved in a coupling with NATO and other alliances, and therefore the responsibility had to be borne collectively.

And the number of Scandinavian armies never struck the imagination. On the scale of the alliance, which consists of 30 countries, the armed forces of the candidates also do not have much weight. Sweden has 14,6 thousand fighters and only 10 thousand in reserve, while Finland has 19,25 and 238 thousand, respectively. For comparison: the Turkish army, which puts spokes in the Scandinavian wheels, has more than 550 thousand people.

The Scandinavians have exclusively defensive troops, unable to attack independently and on a large scale. Finns have up to 200 tanks, about 200 infantry fighting vehicles, 750 armored personnel carriers, more than 3 artillery pieces (many Soviet-style), 000 aircraft, up to 50 helicopters and more than 20 warships. The Swedes are somewhat more modest – more than 20 tanks and infantry fighting vehicles, 500 fighters, a little more than 96 artillery pieces, 450 submarines and more than 5 surface ships. As Western analysts note, this arsenal does not have the means to “project power beyond its borders.” 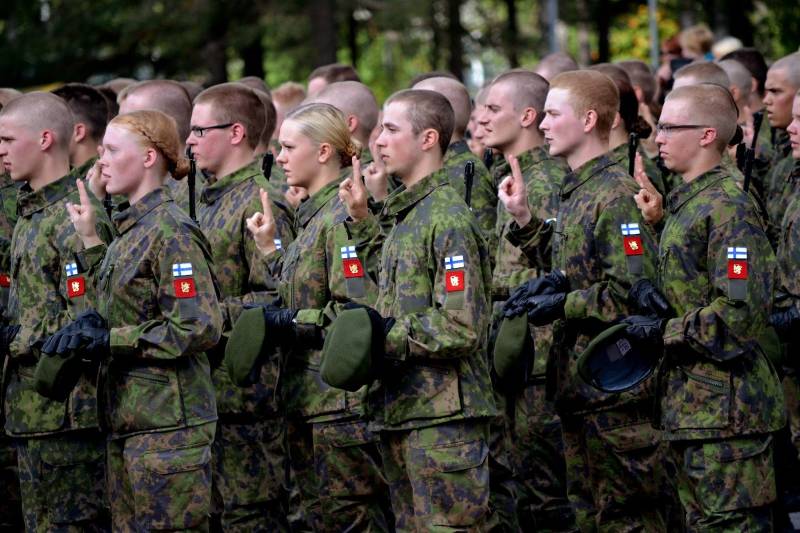 What could Sweden and Finland, not burdened by NATO, count on in the event of the start of a third world war? For the same thing that Stockholm used so much during the entire period of the unprecedented massacre – the preservation of its own cultural heritage and large profits from trade weapons and resources. By the way, if Finland has been in the shoes of neutrality for a short time (since the end of World War II), then Sweden has been avoiding military alliances for more than two hundred years.

Since the admission of these two countries to NATO, they become legitimate targets for Russia. Recall that at the June summit, the alliance declared our country “the most significant threat” and no longer perceives it as a partner. Brussels only needs to be reminded when Russia was a de facto partner of the military alliance, and not on paper. When did it rapidly absorb the Baltic states and Eastern Europe?

Finland and Sweden, in the event of an aggravation of the NATO-Russia conflict to a hot state, find themselves in a completely disadvantageous position. It still needs to be hit by ballistic missiles in the UK, for the Scandinavians a massive launch of tactical nuclear weapons carriers will be enough. Proximity to the Russian border does not allow the deployment of effective missile defense – the reaction time is reduced to critical values.

It is not entirely clear whether those in power in these countries were able to adequately convey to respectable citizens of the European north about all the delights of joining NATO and “security” under the American, British and French nuclear umbrella. The notorious Article 5 of the alliance’s charter, which regulates a collective military response to aggression against any country, works the same way in the opposite direction. For the actions of individual members of NATO, the other players in the alliance bear full responsibility.

Be that as it may, strategically NATO receives almost 800 thousand square meters. kilometers of new territory near the very borders of Russia. It is too early to talk about a serious preponderance of forces on these frontiers – it will take the West several years to reformat the armed forces of the Scandinavian countries. It is also premature to talk about the deployment of strike weapons that directly threaten Russia – Brussels will obviously be careful not to provoke a war. But the airfields for NATO aviation in Finnish Rovaniemi, Tampere, Kuopio and Tikkakoski is a serious threat to the north-west of Russia. And, of course, the Baltic Sea, which from now on will become the final inland water body of NATO.

In addition to losing their remaining autonomy, Helsinki and Stockholm will face several financial burdens. First of all, this is the NATO requirement for each country to spend at least 2% of GDP on defense. In the past, not all countries observed this rule, or rather, compliance was the exception in the alliance rather than the rule. Only the USA, Great Britain, Poland, Estonia, Greece and Latvia regularly spent 2% or more. The rest saved as much as they could. After February 24, this focus will no longer work – NATO intends to arm itself to the teeth, and this fate will affect the new members in the first place. In which case, it is the Finns and the Swedes who will hold back Russia on the northern borders, so the filling of the military budget will be strictly monitored.

For reference, last year Sweden spent $7,9 billion on defense, or 1,3% of GDP, Finland is formally already in the alliance – $5,9 billion and 2%, respectively. Sweden announced an increase in military spending to $11 billion by 2025 two years ago. What does it say? For the Scandinavian countries, joining the anti-Russian military alliance becomes a complete formality – they were actively building up the power of the army until February 2022. 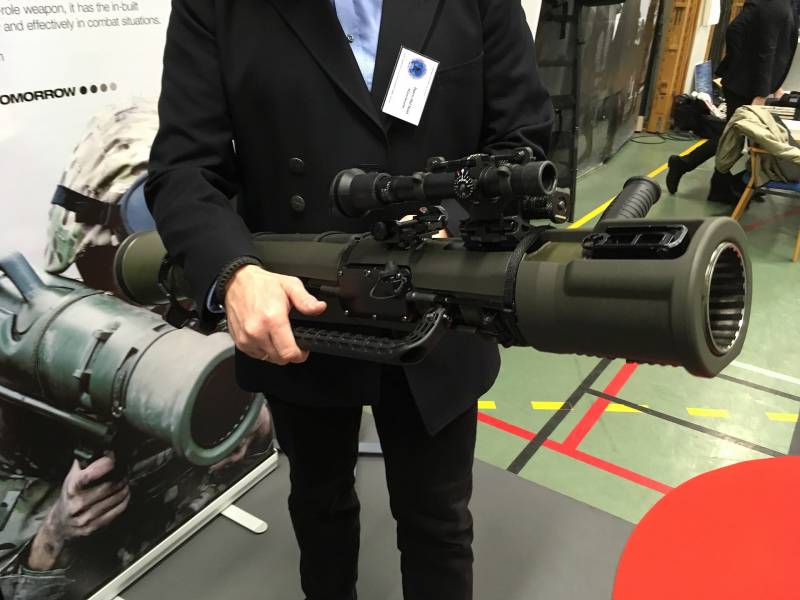 Sweden in this game is a particularly tasty morsel for the American military-industrial complex. The fact is that, unlike Finland, the Swedes have a powerful defense industry. Perhaps, Sweden does not produce now only tanks of its own design – in all other respects, military high-tech is quite at the world level. Saab Bofors Dynamics is able to build anti-ship missiles, and Saab AB is able to build fourth-generation fighters and AWACS aircraft. Swedish gunsmiths are consistently among the top ten largest exporters in the world.

Is this interesting to Washington, which is thoroughly pumping its military industry during a special operation in Ukraine? Of course not, so the Swedish military industry is waiting for a slow death under the sauce of “optimization to NATO standards.” First, the guns will be transferred to unified platforms, and these will not be Volvo chassis. Then the turn of replacing the electronic filling will come, the vaunted Swedish steel will go under the knife next.

At best, the military-industrial complex will remain the role of a local supplier, or a court atelier of some American defense industry giant, which does not allow spending money on promising developments. If you want to be in NATO, know how to part with your illusions.