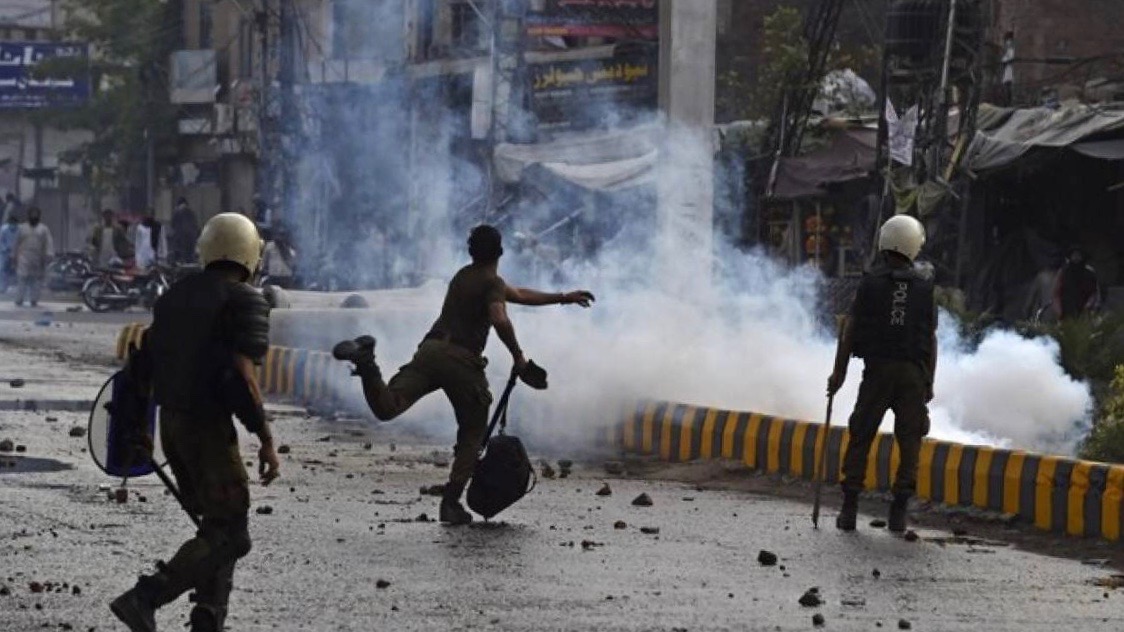 Even as his own government’s data shows record rise in consumer prices, President Julius Maad Bio described the protests against the soaring cost of living crisis as an insurrection and vowed to “crack down hard”

An uneasy calm looms over Sierra Leone’s capital Freetown and several other parts of the country after the curfew imposed since Wednesday was lifted on Saturday, August 13. The 12-hour curfew had been imposed after security forces killed 21 people during a crackdown on anti-government protests against a sharp increase in the cost of living. Six police officers are also reported to have died in the clashes.

While mourning the death of the police personnel and “other citizens who were violently killed,” President Julius Maad Bio in his address on Saturday evaded acknowledging that the “other citizens” killed by the police were protesters. Describing the protest as an “insurrection [which] was pre-meditated, well-planned, financed, and executed with shocking brutality,” President Bio accused the protesters of using “terror.”

While “some unavoidable inconveniences” may be caused to “peaceful citizens,” he added ominously, “be assured that my Government will crack down hard on violent insurrectionists, their collaborators, their sponsors, and their supporters.”

He also indicated in his speech who might be regarded as “their supporters,” saying that “It was also not a nationwide protest. The unrest occurred only in some parts of Makeni, Binkolo, Magburaka, Kamakwie, Lungi, Western Rural, Eastern Freetown, and towards PZ in Freetown.”

Bio also blamed the main opposition All People’s Congress (APC), which has a majority of seats in the parliament and holds the mayor’s office in Freetown where most of the protests took place.

The APC has no alternative program to the policies pursued by the SLPP-government, Kamara asserted. In fact, he added, “the opposition parties have issued statements distancing themselves from the protest. It was people mobilizing without leadership or organized structures. While the opposition may benefit from it, they were not the one to organize it.”

Bio nevertheless attributed the protests to the opposition and announced a crackdown. A day before his speech, when the curfew hours began on the evening of Friday, over a hundred make-shift stalls for street vendors in Freetown’s open market on Abacha Street were demolished.

Learnt via photos on social media that market stalls at #Abacha Street Market were destroyed overnight. Have also seen posts that #FCC is responsible. Would like to inform the general public that FCC is not responsible & did not participate this night operation during curfew. pic.twitter.com/7MHUMiV9Bn

“All vendors in this market are known to be supporters of the APC,” Kamara said. The Freetown City Council has clarified that it did not carry out the demolition. “The Mayor of Freetown took to social media to oppose it. The question is, since no civilians were out on the streets during the curfew at night, who carried out the demolition? It has to be either the security forces or the APC’s militias,” Kamara said.

By putting together “old army renegades, members of the civil defense groups which were created during the civil war and party thugs,” President Bio, a former army-man himself, has maintained a militia known as the “Soldier team,” Kamara said. “They carry weapons. They don’t wear a uniform, but are dressed in tactical gear.”

With the elections coming up next year, Kamara expressed concerns that if the government persist in crackdowns and attacks on protesters and opposition – especially the APC which has a parliamentary majority – Sierra Leone might be destabilized by a spiral of violence.

“Many were hoping the President in his address would acknowledge the economic crisis, reassure the protesters and de-escalate” the potential descent into violence, he said. But Bio chose to threaten the protesters and the opposition and declare a crackdown instead.

Bio claimed in his speech that “This was not a protest against the high cost of living occasioned by the ongoing global economic crisis.” However, according to his own government’s latest data, the Consumer Price Index (CPI) has nearly doubled from April 2018 – when he became the president – to June this year.

The World Bank’s USD 40 million grant to “provide consumption support” and generate “youth employment” has done little to arrest this trend. In fact, it was after this grant in March that the highest month-on-month CPI increase since 2018 was registered for consecutive months. From July onwards, Stats Sierra Leone stopped publishing monthly CPI reports on its website.

While Bio blamed the “global economic crisis” for the rising prices, data presented in the June CPI report shows that consistent rise in consumer prices had begun at least from 2018, well before the war in Ukraine or even the onset of the COVID-19 pandemic.

“It is not a question of the global financial crisis. That of course has a role in accelerating the problem. But what has the government been doing to cushion the impact on the poor, while the president continues to spend millions of dollars on frivolous foreign trips he makes, including with his family.? When the cost of fuel and food went up tremendously, the government tried to frame it as an external problem,” Kamara said.

While Bio stressed in his speech that his government had reduced the fuel prices twice last month, Kamara pointed out that it was insignificant compared to the three fuel price hikes in the two preceding months of May and June.

“A few months ago, teachers were threatening to go on strike” demanding a pay hike to keep up with the rising prices. “They came to the negotiating table and concessions were made to avert the strike. Doctors went on a two-day strike only two weeks before this protest,” he said.

The protest against price rise had originally been planned for August 8. However, heavy deployment of security forces all over the country prevented it. “But on August 10, they were taken unaware when many people in several neighborhoods of Freetown and elsewhere came out in protest without prior announcement. Other people started joining them,” Kamara said.

Massive protests have erupted in Sierra Leone over the rising cost of living.

Sierra Leone’s Government has imposed a nationwide curfew, and shut down access to the internet. pic.twitter.com/jqry1Mx6NG

“Since this government came to power in 2018, there have been repeated incidents of protests that have been met with police heavy-handedness and crackdown. This has time and again led to loss of civilian lives. But 21 civilians being killed in a crackdown on protests in one single day had never happened in recent years,” he noted.

“This is also the first time in many years that police officers were killed in protests,” he said, adding, “but it had been building up to this because there has never been any accountability when security forces kill civilians.”