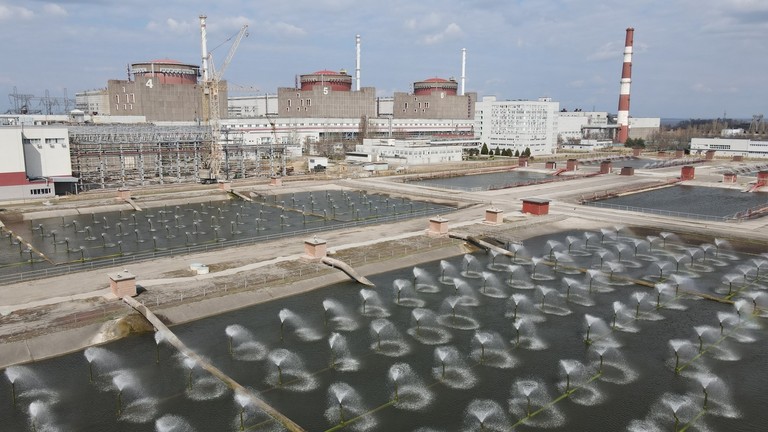 Members of the UN are blocking a visit by the International Atomic Energy Agency (IAEA) to the Zaporozhye nuclear power plant (ZNPP) so they can avoid confirming Kiev shelled the Russian-controlled facility, local official Vladimir Rogov told RT in an interview on Monday.

Rogov, a member of the Zaporozhye military-civil administration, insisted that the ZNPP is always prepared to welcome the atomic energy watchdog, which has repeatedly expressed a desire to visit the facility, but noted that the UN has “directly started to block the possibility of an IAEA inspection.”

The official suggested that if the agency does visit the plant, it would be forced to conclude that it had been shelled by Kiev’s forces. “It is obvious, it’s all been documented, and not only that, it’s also well known who is being supplied with American guided missiles. Obviously, not Russia, but the Zelensky regime.”

The Zaporozhye nuclear power plant – the largest in Europe – has repeatedly come under attack over the past few weeks. While none of the reactors have so far been struck, the shelling has partially damaged a nearby thermal power plant as well as equipment used to cool the nuclear reactors.

Moscow has accused Ukraine of using rockets, artillery and drones to attack the ZNPP and has described Kiev’s actions as “nuclear terrorism” and holding the whole of Europe hostage.

Rogov stated that Western countries have “completely lost their instinct of self-preservation” in an economic, geopolitical and ecological sense, as a disaster at the ZNPP would spell trouble for European countries first and foremost.

“Nevertheless, we do not hear a single adequate statement, not a single voice of reason, either from Germany or from France,” he noted.

Kiev, meanwhile, has denied responsibility for shelling the plant and insists that it is Russia that has been targeting it in a plot to discredit Ukraine. The US State Department has taken Zelensky’s side and has called for a withdrawal of Russian forces from the area and the creation of a demilitarized zone around the plant.

While that solution has been supported by the UN and the EU, Rogov insists that the West should instead be working to establish a ceasefire there. Russia’s Permanent Representative to the UN, Vassily Nebenzia, has pointed out that if Russian forces were to leave the power plant it would be vulnerable to action by Kiev.

“Those who propose the withdrawal of Russian troops should be aware of the consequences that this object will be left without protection and can be used by Kiev and nationalist groups for the most monstrous provocations,” said the Russian ambassador, stressing that Moscow does not use nuclear facilities for military purposes.