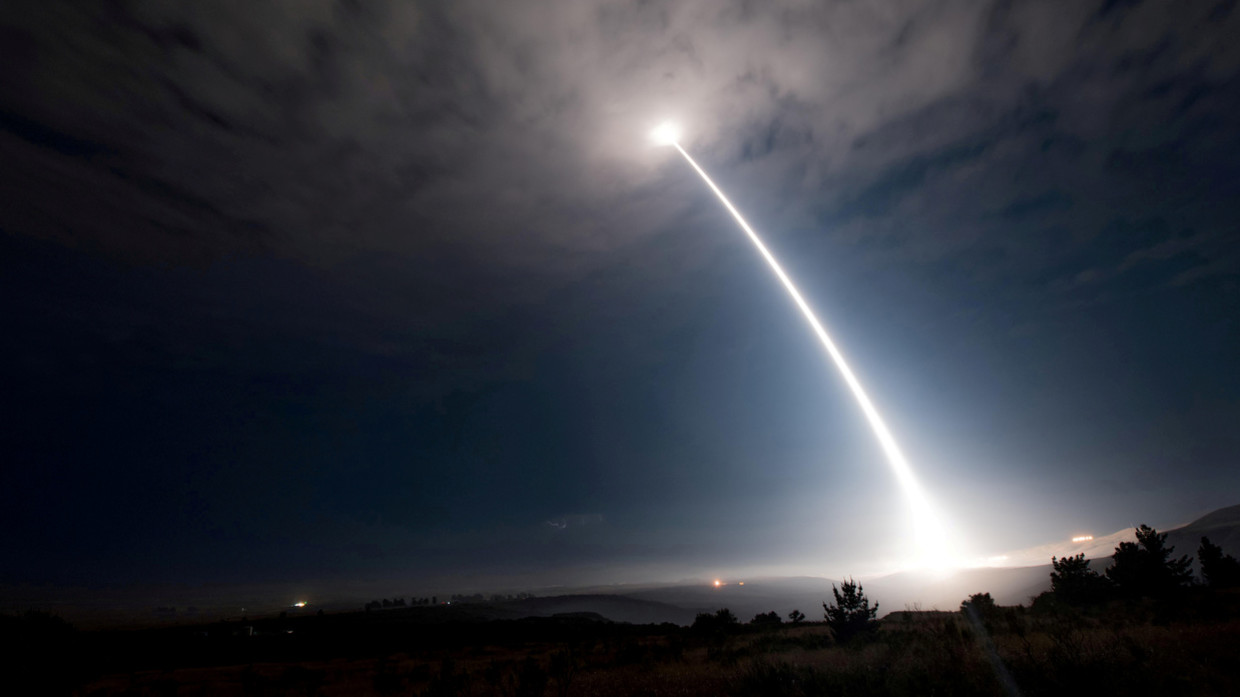 This week, in an address to the Tenth Review Conference for the Treaty on the Non-Proliferation of Nuclear Weapons – which had convened at the United Nations Headquarters in New York – US President Joe Biden made a forceful appeal to Russia regarding the need to resume arms control talks. “Today,” Biden said, “my Administration is ready to expeditiously negotiate a new arms control framework to replace New START when it expires in 2026.” But, he added, “negotiation requires a willing partner operating in good faith. And Russia’s brutal and unprovoked aggression in Ukraine has shattered peace in Europe and constitutes an attack on the fundamental tenets of international order. In this context, Russia should demonstrate that it is ready to resume work on nuclear arms control with the United States.”

Biden has made arms control a central theme in his dealings with Russia. Indeed, one of his first major acts as president was to sign on to a five-year extension of the Obama-era New START treaty, which had been allowed to languish under the Trump administration. “Extending the New START Treaty,” Secretary of State, Antony Blinken, declared in a press release issued at the time, “ensures we have verifiable limits on Russian ICBMs, SLBMs, and heavy bombers until February 5, 2026. The New START Treaty’s verification regime,” Blinken noted, “enables us to monitor Russian compliance with the treaty and provides us with greater insight into Russia’s nuclear posture, including through data exchanges and onsite inspections that allow US inspectors to have eyes on Russian nuclear forces and facilities.”

Blinken then added a critical statement. “The United States,” he declared, “has assessed the Russian Federation to be in compliance with its New START Treaty obligations every year since the treaty entered into force in 2011.”

Unfortunately, Russia cannot say the same about the US. Since 2018, Russia has accused the United States of “converting a certain number of Trident II SLBM launchers and В-52Н heavy bombers, in the way that the Russian Federation cannot confirm that these strategic arms have been rendered incapable of employing SLBMs or nuclear armaments for heavy bombers.” The bottom line is that America accomplished its conversions in a manner which allowed them to be easily reversed, something Russia believed circumvented the intent of New START, which was the permanent reduction of each side’s nuclear arsenals.

The US rejected the Russian allegation, noting that New START does not explicitly require the conversions on either the Trident II SLBM launchers or the B-52H bombers to be irreversible. As long as the treaty was in force, the US contended, Russia could use its inspection provisions to verify that the goal of “rendering incapable” was still in place. The Russians, with reason, believe that the US position violated both the spirit and intent of treaty, a position which carried over into the extension of New START.

But Russia’s problems with America’s compliance are just one of the issues when it comes to judging whether to trust Washington’s good faith on arms control overall. The US has walked away from three foundational treaties in the past two decades – the anti-ballistic missile (ABM) treaty in 2002, the intermediate-range nuclear forces (INF) treaty in 2019, and the Open Skies Treaty in 2020. Likewise, America’s intransigence over fairly adapting the conventional forces in Europe (CFE) treaty to reflect post-Cold War realities led to its demise. New START is the last man standing when it comes to arms control accords between Russia and the US.

Biden tried to further strategic arms control with Russia, discussing the matter with President Vladimir Putin during their Geneva Summit in June 2021. The two leaders agreed to pursue “an integrated bilateral Strategic Stability Dialogue” that would “seek to lay the groundwork for future arms control and risk reduction measures.” Indeed, two such meetings were on July 28 and September 30, 2021. Following the conclusion of the second round of talks, the negotiators agreed to “form two interagency expert working groups” covering the “Principles and Objectives for Future Arms Control” and the “Capabilities and Actions with Strategic Effects.”

But then came the crisis in Ukraine, and the talks gave way to the issue of security guarantees demanded by Russia in the face of NATO expansion, which threatened to bring Ukraine into the fold of the trans-Atlantic military bloc. In direct talks with the US, NATO and the OSCE in January 2022, Russia was repeatedly rebuffed in its efforts to negotiate a new European security framework that considered its national security interests, setting in motion the conditions that resulted in Russia initiating its Special Military Operation in Ukraine, prompting President Biden to terminate the strategic stability dialogue, an action which essentially froze US-Russian relations, at least in the arms control field.

Biden’s announcement on restarting talks with Moscow took the Russian foreign minister, Sergei Lavrov, by surprise. “No requests on reopening this negotiating process have been made,” Lavrov announced during a press conference in Myanmar, adding that the West “has developed a habit of making announcements on the microphone and then forgetting about them.”

Regardless of the lack of any prior notice on the part of the US, Russia announced that it was ready to engage in arms control talks at any time, the sooner the better. Kremlin spokesperson, Dmitry Peskov, during a conference call with the media, declared that “Moscow has repeatedly spoken about the necessity to start such talks as soon as possible as there is little time left.” If the New START treaty expired without a replacement, Peskov said, “it will negatively impact global security and stability, primarily in the area of arms control.” For this reason, Peskov noted, “We [Russia] have called for an early launch of talks, but until that moment it has been the US that has shown no interest in substantive contacts on the issue.”

Peskov further emphasized that negotiations on a new arms control pact can only be held “on the basis of mutual respect and taking into account mutual concerns.”

Washington’s push for talks with Moscow, however, appear to be little more than an effort to get Russia to negotiate away the advantage in strategic nuclear weapons delivery systems that it has accrued in recent years through the development of weapons such as the Sarmat heavy intercontinental ballistic missile (ICBM) and the Avangard hypersonic re-entry vehicle. In this way, the US would have Russia walk away from new systems which cost billions of dollars to develop and field, while the US would only be called upon to give up a handful which have not yet been fully tested and deployed (the US is poised to spend hundreds of billions of dollars in the coming years to replace the Minuteman III ICBM, B-2 bomber, and Ohio-class submarine with a new missile (the “Sentinel”), a new bomber (the B-21), and a new submarine (the “Columbia” class). The high cost of these new weapons is likely to become an issue in a tightening economic environment, which may explain Biden’s push for fresh negotiations.

The current US approach to arms control negotiations appears to be one-sided in nature, premised on sacrificing existing Russian capacity for future American systems which are currently under development. In addition to this, the US has a poor track record when it comes to either treaty compliance (the ongoing controversy over New START verification of Trident and B-52 conversions comes to mind), or treaty adherence (the US withdrawals from the ABM treaty, the INF treaty, and the Open Skies treaty serve as an historical precedent).

The US approach ignores the fundamental approach taken by Russia when it comes to arms control – that any such negotiations must take place as part of a comprehensive restructuring of existing security frameworks that fully integrate Moscow’s legitimate national security concerns. This includes issues pertaining to missile defense (including the two US facilities in Poland and Romania), intermediate nuclear forces (a ban on the deployment of such systems on European soil), and non-strategic nuclear weapons (the US stockpile of B-61 bombs currently stored in Europe, and releasable to non-nuclear NATO members during any potential conflict.)

The White House has flipped the script when it comes to advancing the cause of arms control. Former US President Ronald Reagan appropriated a Russian saying– “Trust but Verify”– when discussing his approach to implementing the groundbreaking INF treaty back in 1987. At that time, the “trust” was assumed, and the focus was on constructing appropriate verification regimes to ensure treaty compliance.

Today, there is no trust between Russia and the US, primarily because of the dismissive manner which the Biden administration has treated the issue of Moscow’s concerns over European security that has been inexorably linked to aggressive NATO expansion. But the abysmal track record of the US under existing and past arms control agreements must also be considered. Even if Biden were willing to consider Russia’s concerns, the question that must be answered for Russia is whether the Americans can be fully trusted as a partner in disarmament.

As things stand today, the answer to this question is, sadly, ‘No.’

Scott Ritter is a former US Marine Corps intelligence officer and author of ‘Disarmament in the Time of Perestroika: Arms Control and the End of the Soviet Union.’ He served in the Soviet Union as an inspector implementing the INF Treaty, served in General Schwarzkopf’s staff during the Gulf War, and from 1991 to 1998 served as a chief weapons inspector with the UN in Iraq. Mr Ritter currently writes on issues pertaining to international security, military affairs, Russia, and the Middle East, as well as arms control and nonproliferation. Follow him on Twitter @RealScottRitter and on Telegram @ScottRitter