In Italy, Akila Ogorchukwu, a disabled Nigerian street vendor was punched and strangled in the street in Civitanova Marche by a 32-year-old Italian man with a history of violence and drugs.

The deadly attack lasted four long minutes and took place in a central street. No one present intervened. Witnesses took video footage, someone too late called the police, but during those four minutes no one did what would have been very easy to do, alone or with others: stop the murderer before he came to kill. The murderer was not armed, he only had his fists; the disabled man’s crutch, initially used by the attacker, lay a short distance away. In short, a certain moral responsibility, yet denied by those present. Did the fact that the assailant was African count?

According to some, yes. Analysts Wissal Houbabi and Marie Moïse write: “The fact that dozens of people witnessed the motionless scene without feeling part of it is a sign of structural racism”.

This act follows numerous murders of Africans in Italy. Some were burnt alive at night by gangs of juvenile delinquents, but others were killed during the day, in the streets. It all began in the 1980s, when the South African refugee and labourer Jerry Masslo was murdered in villa Literno.

The last was, in 2020 in Colleferro, Willy Monteiro Duarte, a young Italian of Cape Verdean origin, in a brutal beating by four thugs.

The murder of Alika Ogorchukwu is nothing exceptional in a country where more than 40 racially motivated murders have been committed in the last 40 years, not to mention the survivors of supremacist attacks, beatings in prisons, Centres of Permanence for Repatriation (cpr) or places like the Levante barracks in Piacenza. Or the survivors of inhuman exploitation in production chains, as in the case of the people segregated and tied up in the premises of the Grafica Veneta company, the enslaved and humiliated labourers in the tomato plantations of southern Italy, the non-Italian domestic workers underpaid and subjected to blackmail of all kinds.

Returning to the latest crime, in Civitanova Marche, the indifferent witnesses seem unfortunately not to be covered by the article of the penal code, 593, which regulates hit-and-run. But they are certainly morally responsible. Yet, when heard by the newspapers, they all claim that they could not intervene and claim that they did everything they could, i.e. they asked the murderer to stop and called the police, too late moreover.

Until the murder a few days ago. Flowers were laid at the crime scene, one bearing the inscription: ‘I am ashamed for those who did this to you and for those who filmed you without intervening while you were being massacred’.

Now the African communities are demanding justice (but there are fears that the murderer may soon be released from jail on the pretext of insanity), and assistance from the institutions for the widow and her eight-year-old son – but there is no guarantee that this will happen. 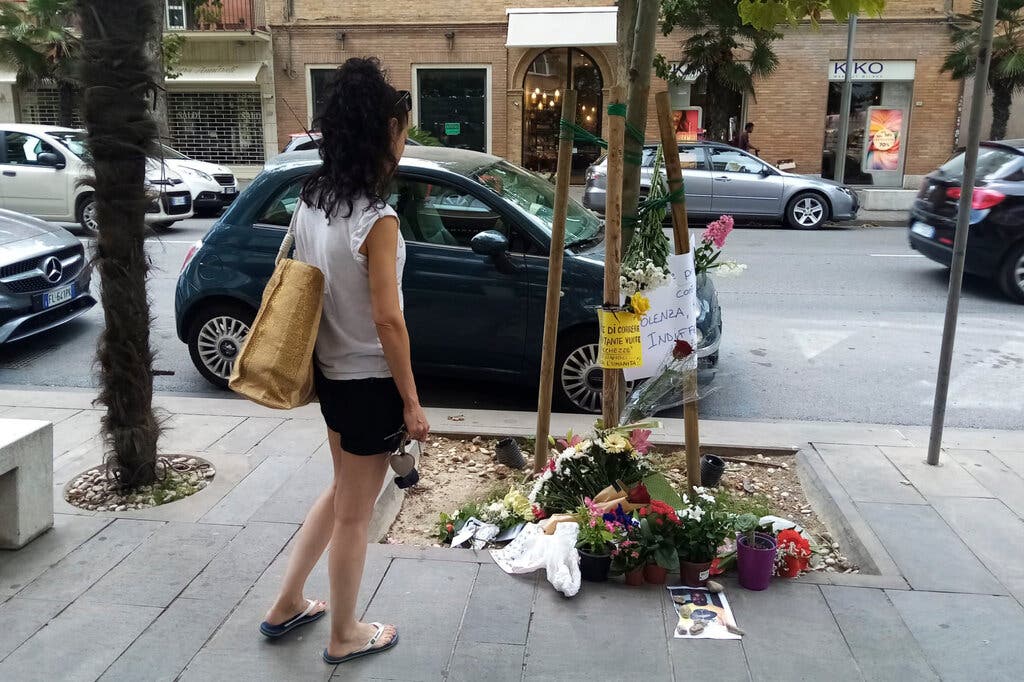 A memorial at the spot where Alika Ogorchukwu was killed in Civitanova Marche, Italy.Credit…Chiara Gabrielli/Associated Press