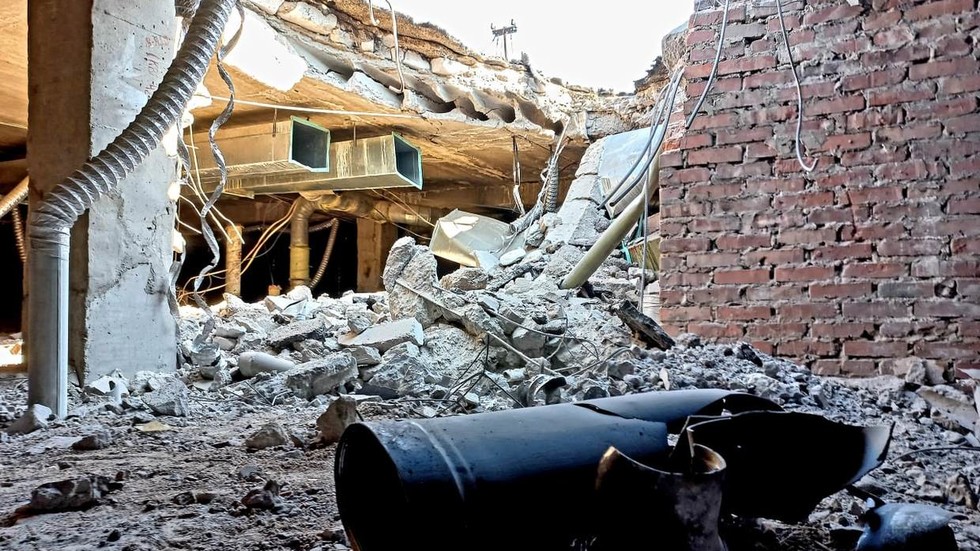 When Kiev’s guilt in attacks on a maternity hospital cannot be denied, it’s simply brushed under the carpet

Following intense Ukrainian shelling of Donetsk on June 13, some Western media sources, in tandem with outlets in Kiev, unsurprisingly claimed that the attack – which killed at least five civilians and struck a busy maternity hospital – was perpetrated by Russian forces.

Why Moscow would launch rockets at its own allies wasn’t explained, nor would it make much sense.

The Donetsk People’s Republic’s foreign ministry reported: “Such an unprecedented. in terms of power, density and duration of fire, raid on the DPR capital was not recorded during the entire period of the armed conflict [since 2014]. In two hours, almost 300 MLRS rockets and artillery shells were fired.”

The Ukrainian shelling began late morning, resumed in the afternoon, and continued for another two hours in the evening, a deafening series of blasts throughout the city, terrorizing residents and targeting apartment buildings, civilian infrastructure, the aforementioned hospital, and industrial buildings.

◾Ukrainian bombing of Donetsk renewed just before 6 pm, hitting residential areas across the city for the next two hours.◾Journalist @EvaKBartlett is reporting from Donetsk. pic.twitter.com/499QeCv9Cq

Locals say this was some of the heaviest bombing of Donetsk since 2014, when the region declared its independence from post-Maidan Kiev.

In the Budyonnovsky district in the south of the city, Ukrainian shelling of a market killed five civilians including one child. Just two months ago, Kiev’s forces hit another Donetsk market, leaving four civilians dead.

In the hard-hit Kievskiy district, to the north, the shelling caused fires at a water bottling plant and a warehouse for stationery, destroying it. The building was still in flames when journalist Roman Kosarev and I arrived about an hour after the attack. Apartment buildings in the area also came under fire, leaving doors and windows blown out and cars destroyed.

Fires still burning at a stationary warehouse & a nearby water bottling facility in Donetsk after Ukrainian bombings. Ukraine pounded all over Donetsk today, including a market, killing three civilians, one of which a child. pic.twitter.com/VW8FU529Ek

The destroyed gas station was on a street where I stayed in April, which is completely residential.

DPR head Denis Pushilin said, “The enemy literally crossed all the lines. Prohibited methods of warfare are being used, residential and central districts of Donetsk are being shelled, other cities and settlements of the DPR are also under fire now.”

To all those in the West who support Kiev regime we recommend to examine the evidence of barbaric heavy artillery shelling of Donetsk by Ukrainian 🇺🇦 forces on June 13th. ☝5 hospitals, 3 schools and a kindergarten have been damaged.Will @UNESCO react to these crimes of Kiev❓ pic.twitter.com/Nus5lDuTy5

In a world where media reported honestly instead of manufacturing its own reality, there would be outrage over Ukraine’s attack on the Donetsk maternity hospital. But history shows that is not a world we live in.

Dear @mbachelet, You’re very quick to assign blame and condemn, when it comes to Ukraine.When it comes to Donetsk and Lugansk – resounding silenceA maternity hospital in Donetsk was bombed yesterday by 🇺🇦 military. It’s a miracle nobody got hurtWould you like to comment? pic.twitter.com/HFBF6JnPWL

As I wrote last year, Western media and talking heads also diligently avoided condemnation when terrorists attacked or destroyed Syrian hospitals, including the shelling of a maternity hospital in Aleppo, which killed three women.

At the damaged Donetsk hospital, I saw the gaping hole in the roof and remnants of the Uragan MLRS rocket which struck it. Most of the windows of both buildings were blown out.

Images shared on Twitter noted, “Both gynecology and intensive care have been bombed.”  Other footage, taken by Donetsk war correspondent Dmitri Ashtrakhan, showed dozens of women, some heavily pregnant, taking shelter in the basement of the shelled maternity hospital.

War reporter Dmitry Astrakhan at the Vishnevsky Hospital in Donetsk, where a Ukrainian shell directly hit the maternity ward. All the women, children & hospital staff are safe, they managed to evacuate to the basement in time. pic.twitter.com/HR7yCam8IN

Were these women and this hospital in Kiev, you can bet Western media would be loudly reporting it 24/7 for weeks. Instead, just as the West has steadfastly ignored Ukraine’s eight years of war on Donbass, they also omit reporting on the hospital.

Grotesquely, some Ukrainian and Western media instead disingenuously reported that it was a Russian attack, not Ukrainian, which terrorized, injured and killed civilians on June 13.

The German @tagesschau claimed yesterday that Russia has shelled the market in Donetsk! Such a blatant lie, fooling the people for the sake of shaping the needed narrative and public opinion to serve the interests of certain players. pic.twitter.com/siBvkI07eB

Just as Western media’s lack of reporting, or twisting of the narrative, on Ukraine’s shelling was to be expected, so too was the UN’s weak-worded condemnation, with the Spokesman for the Secretary-General, Antonio Guterres, calling it “extremely troubling.” Were the situation reversed and Russia responsible for bombing a Ukrainian maternity hospital, his words would almost certainly have been far stronger.

In fact, they already have been: Three months ago, when Kiev accused Russia of an attack on a maternity hospital, in Mariupol.

Back then, the Guterres emphatically tweeted, “Today’s attack on a hospital in Mariupol, Ukraine, where maternity & children’s wards are located, is horrific. Civilians are paying the highest price for a war that has nothing to do with them. This senseless violence must stop. End the bloodshed now.” 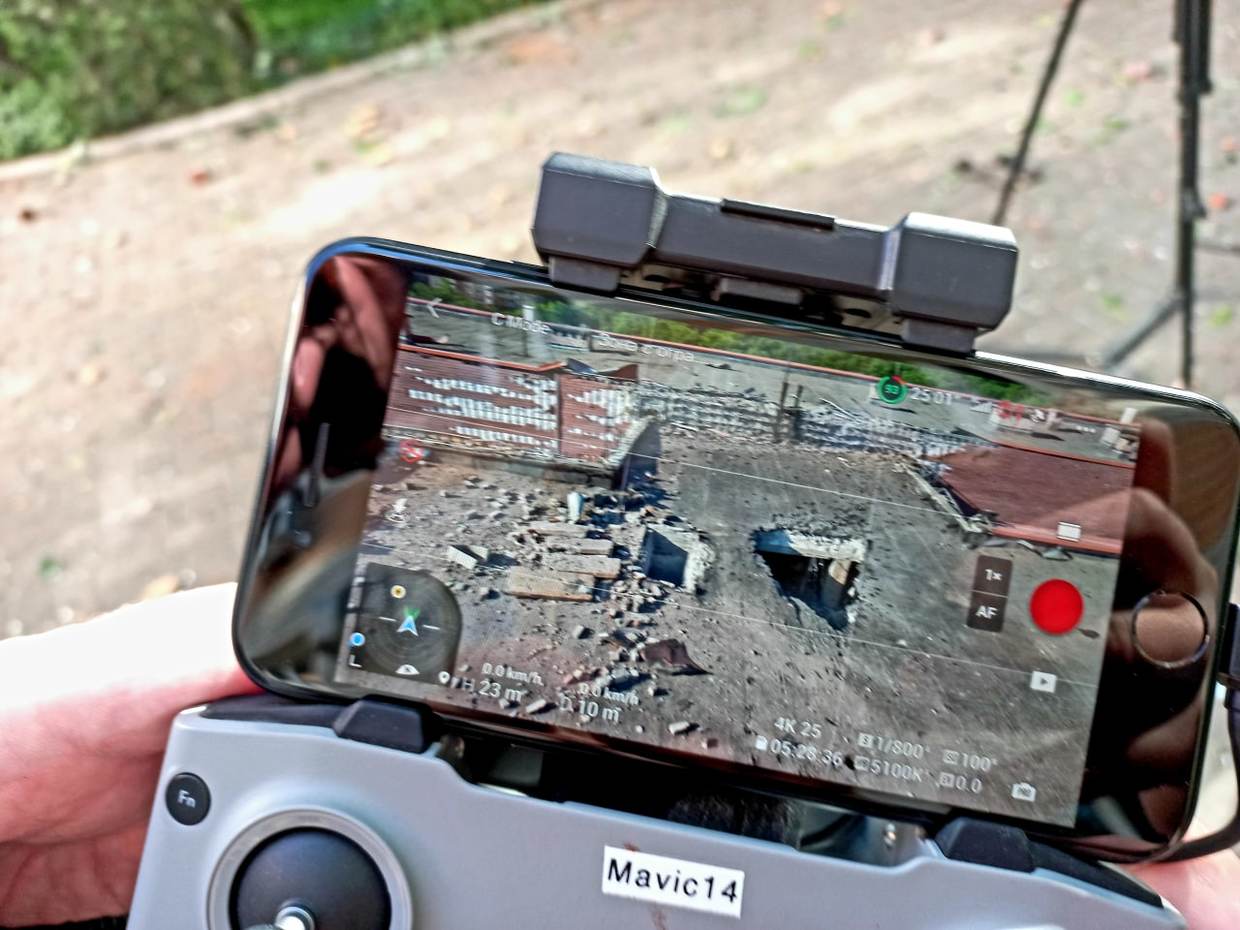 A strong reaction to what later emerged to be a hoax claim, when the UN itself even admitted it could not verify the story. But a mild reaction to a documented reality in Donetsk.

The UN did, at least, rightly note the attack on the Donetsk maternity hospital was, “an obvious breach of the international humanitarian law.” So there’s that.

The thing is, Ukraine has violated international law for its eight years of waging war on the Donbass republics, using prohibited heavy weapons and targeting civilians and civilian infrastructure. This is only the latest incident.

In March, Western corporate-owned media supported Kiev’s claim that Russia had launched air strikes on a Mariupol maternity hospital, claiming three civilians had been killed. At the time, as reported, “The White House condemned the ‘barbaric’ use of force against innocent civilians, and UK Prime Minister Boris Johnson tweeted that ‘there are few things more depraved than targeting the vulnerable and defenceless’.”

As it turned out, witnesses reported there hadn’t been any air strike. There were explosions: just as terrorists bombed an Aleppo home in 2016 and used a mildly injured boy for their propaganda against Syria and Russia, so too did Ukrainian forces in Mariupol, setting the stage to incriminate Moscow.

Russia called the accusations “a completely staged provocation,” analyzing photos from the area and noting “evidence of two separate staged explosions near the hospital: An underground explosion and another of minor power, aimed at the hospital building,” and further noting that a “high-explosive aviation bomb would destroy the outer walls of the building.”

Russia also pointed out that the facility had stopped working when Ukraine’s neo-Nazi Azov Battalion expelled staff in late February and militarized the hospital, as Ukrainian forces did elsewhere in Donbass.

Marianna Vyshemirskaya, one of the women featured in the Western propaganda around the hospital, later spoke out and said there was no air strike, and that prior to the alleged event, Ukrainian soldiers expelled all the doctors and moved pregnant women to another building.

She also maintained that she and other women were filmed without warning by an Associated Press journalist dressed in a military uniform and wearing a helmet. 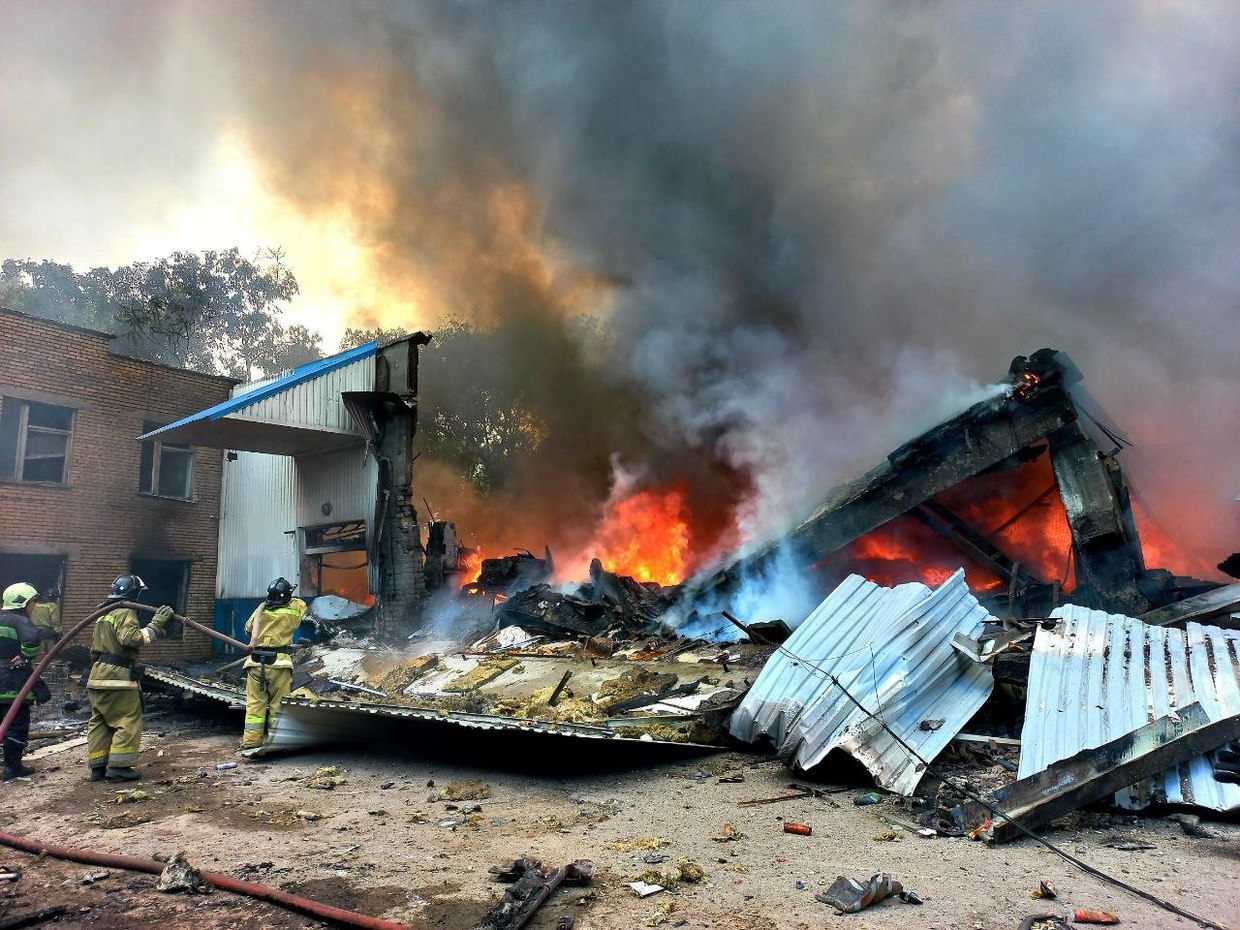 Even three days after Ukraine’s intense bombardment of Donetsk and targeting of the maternity hospital, when still more testimonies have emerged, Western media and politicians remained silent.

The suffering, and deaths, of the people of Donetsk doesn’t fit the Western narrative, so they misreport it or simply just don’t reference it at all, enabling Ukraine to continue to commit war crimes.

Roman Kosarev and I reporting this morning from the Donetsk maternity hospital bombed by Ukraine last nighthttps://t.co/BnJsCOGfbu

Eva Bartlett  (@evakbartlett) is a Canadian independent journalist. She has spent years on the ground covering conflict zones in the Middle East, especially in Syria and Palestine (where she lived for nearly four years).

Ukrainian Strike on Donetsk Market Was a Terrorist Act

Ukraine: They Saw and Heard the Truth — Then Lied About It