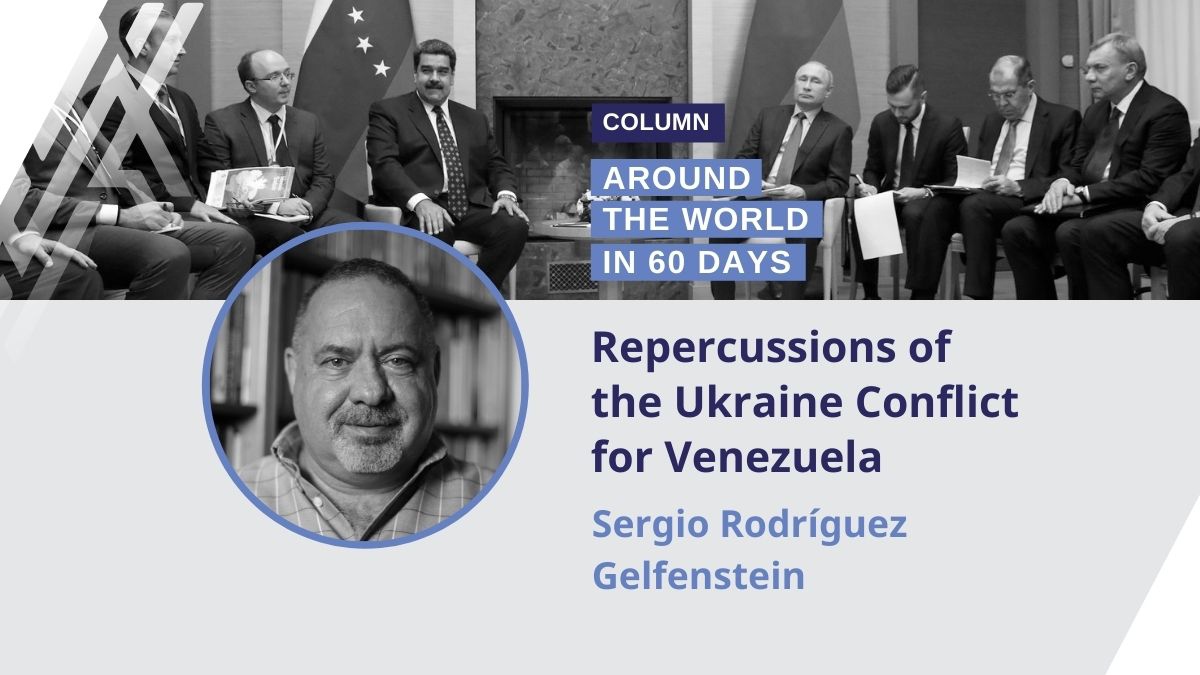 Sergio Rodríguez Gelfenstein examines the global correlation of forces and its impact on the Latin American region.

The daily reading of the international headlines shows a world struggling with what has been called “sanctions.” In other words, the planet must struggle with the imperial decision to make the peoples of the world suffer in order to impose its truth. Or, said in other terms, the governments representing eleven percent of the world’s population [US, Canada, EU, Japan, Australia] intend to impose their holy universal creed on everyone.

This goes hand in hand with a US attempt to create a new “rules-based international system” that everyone must abide by. The “system” is to replace international law and an inept United Nations that is already incapable of preventing war, managing pandemics, and stopping the imposition of illegal unilateral coercive measures (aka sanctions) from becoming the flesh of world trade.

NATO has even managed to put one of its own as UN Secretary-General and the US gives itself the prerogative to expel Russian diplomats accredited to the highest international body. The complicity of Antonio Guterres with his “alma mater” [NATO] begs the question: now that Russia has been expelled from the Human Rights Council, will the United States try to exclude it from the UN Security Council. Such an option was insinuated by Under Secretary Wendy Sherman in a hearing before the Foreign Affairs Committee of the US House of Representatives.

For its part, Unesco has shown no intention to act in the face of unilateral measures against Russian artists, intellectuals, and athletes. The International Olympic Committee (IOC), which together with FIFA and UEFA is a mafia association of corrupt people who do business with sports, has bowed to NATO. In so doing, the IOC casts doubt on whether it really is an institution that promotes peace and reunion through sports.

In financial matters, the exclusion of Russia from the SWIFT system, the theft of its assets through sanctions, the freezing of its foreign reserves, the closing of European Union airspace to Russian aircraft, and the suspension of technical assistance and supply of parts from American and European aircraft manufacturers to Russian airlines show how international organizations such as the World Trade Organization (WTO), the International Air Transport Association (IATA), the International Monetary Fund and the World Bank among others are obsolete. It is now evident that they work so that the eleven percent can impose their rules on the majority.

The German Agricultural Federation (DBV) expects “price increases for food products” worldwide. On the other hand, Washington cares little that the prices of oil, gas, electricity, wheat, aluminum, steel, nickel,, and other essential commodities are rising rapidly, thus increasing the hardship for people around the world.

Washington doesn’t concern itself that Europe’s stability and standard of living – achieved after almost five “hard-fought” centuries of plunder and robbery of its colonies in Africa, Asia, Latin America, and the Caribbean – is put at risk.

In what could be considered the highest level of irrationality, even Russian cats were sanctioned, making it impossible for them to participate in competitions or be subject to adoption.

On March 1st, in an outburst of sincerity, Germany’s Minister of Economics Robert Habeck, warned that sanctions against Russia could cause enormous damage to the global economy. He warned: “You cannot impose sanctions on Russia that the West itself could not feel.”

This situation, which according to the German minister could affect the global economy, is already impacting Latin America and the Caribbean. The violent demonstrations in Peru as a consequence of the increase in fuel prices are an expression of this tendency. Beyond pre-existing domestic instability, which is an important factor, Castillo may be the first president to fall as a result of the war in Ukraine.

Higher food and energy prices, along with other supply shortages, will impact low- and middle-income economies such as those in Latin America and the Caribbean. Additionally, countries with direct trade, tourism and financial exchange with Russia will feel additional constraints. In fact, ECLAC downgraded the region’s 2022 growth forecast to 2.3% from 2.7%.

In the long run – if energy trade is altered, supply chains are reconfigured, payment networks fragmented and countries reconsider non-dollar holdings as reserves – this conflict may alter the foundations of the global economic and geopolitical order. Also, oil-exporting countries such as Mexico, Venezuela, Ecuador, Trinidad and Tobago, Guyana, and Brazil could benefit from higher prices.

As far as Venezuela is concerned, the war in Ukraine has had immediate repercussions, including the visit of a US government delegation to Caracas last March. It should be noted that this was the highest level US delegation to visit the country in more than a decade.

It is worth mentioning that, for several months now, US lobbyists have been working to “soften” the sanctions on Venezuela, pointing out that in order to override the global energy impasse, Washington had to open channels with the Venezuelan government.

In addition to the energy issue, the US delegation brought up the situation of US citizens detained in Venezuela, including six CITGO executives (US-based subsidiary of the Venezuelan state-owned oil company PDVSA) imprisoned in 2017. This visit could also be understood as an electoral move by Joe Biden in the context of the November elections in the US.

President Maduro told the US delegation that any deal should start with the lifting of unilateral coercive measures, particularly those against PDVSA. If this happened, he told the commission, Venezuela could go back to producing three million barrels per day (BPD).

President Maduro has also been in contact with President Putin and with OPEC heads of state in order to stabilize the oil market.

The new world scenario – particularly the world division imposed by the West – has altered the situation in Latin America as a whole and Venezuela in particular. President Maduro and President Putin discussed the new global situation in two telephone conferences held in February and March.

The Venezuelan government understands that the Russian invasion of Ukraine has led Washington to pay more attention to Russia’s allies in Latin America. As the confrontation with Moscow grows, the US reopened its embassy in Cuba, including its consular functions interrupted by the Trump Administration four years ago.

Venezuela’s case is particularly relevant now since it is both a strategic partner of Russia, and it is the country that holds the world’s largest oil reserves. That is why, when the US began to consider imposing sanctions on Russian energy exports, prominent voices from the two main political parties pointed to Venezuela as a possible substitute.

The White House commission’s visit to Caracas in March generated a great deal of interest in the United States. Trish Regan, Fox TV host, wrote on Twitter: “We must consider a way to restore relations with Venezuela, home of massive oil supplies.” Fareed Zakaria from the Washington Post made the case for unlocking Venezuela and Iran by suspending the sanctions imposed by the Trump administration.

On the other end, the trip meant angry reactions from Senators Marco Rubio and Bob Menéndez. They have considered this visit as a betrayal and have called on President Biden not to “relax” sanctions against Venezuela.

Finally, as a sequel to the future, it should be noted that the White House delegation’s visit to Caracas could mean the end of Juan Guaidó’s good standing with the Biden administration. This could have broad implications for the interventionist framework that the US set up against Venezuela. It could also influence the negotiations that the Maduro government is having with the opposition in Caracas.

A former director of International Relations for the Venezuelan presidency and Venezuelan Ambassador to Nicaragua, Rodríguez Gelfenstein is currently a guest researcher at Shanghai University’s Graduate School.