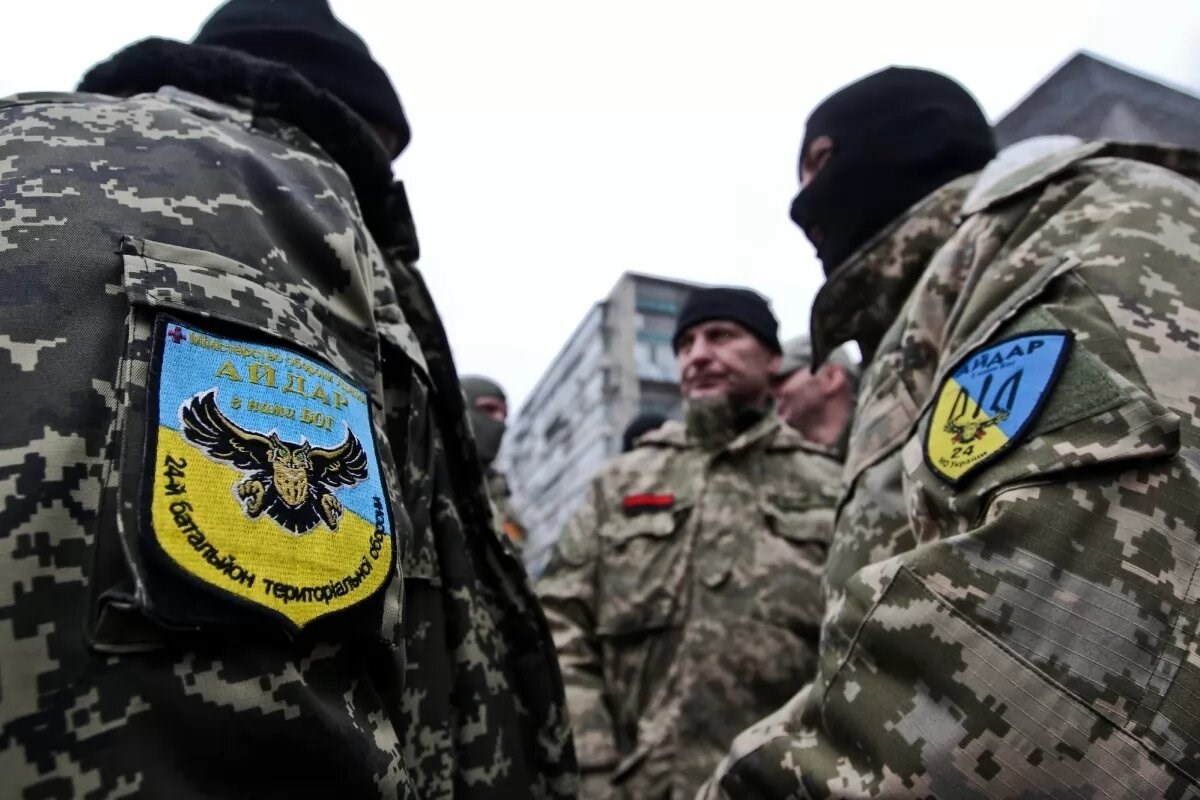 A forgotten massacre, along the path of the Aydar battalion. March 9, 2016, in the hinterland of Donbass, in a place where war reporters, humanitarians and especially the OSCE observers never come… Laurent Brayard was taken by a former militiaman of the Donetsk republic, to meet his family, but also forgotten witnesses, people who do not speak, who are afraid, that no one anyway wants to hear. What follows is the most terrible encounter that this journalist could have in the Donbass, the survivor of a village put to the sword by the neo-Nazi battalion Aydar, one day in the summer of 2014. This battalion left all along its path the corpses of its victims, civilians, women and the elderly, hangings, rapes, torture, this death march was one of the worst events of the summer, no European journalist wanted to look into the horror, because since 2013-2014, France, the European Union supported the Ukrainian executioners.

Endless torture in a cellar. I am in the region of Kirovskoe, we drive to a small village to meet a woman we will call Olga. If she has agreed to testify, she refuses to be photographed and wishes to remain anonymous. She still has family in the area occupied by the Ukrainian Army in the Donbass and is very afraid for them. It was not easy to convince her to speak. Yevgeny, who accompanied me, described me as one of the few Western journalists trying to write the truth, so after much hesitation she gave herself up, I did not know that I would hear that day the most terrifying testimony I had ever heard in the Donbass.

“I lived in a village, a hamlet not far from Kommunar, it is a locality that was taken by the retaliatory troops of the Ukrainian Army in the summer of 2014, they arrived, we were scared but not to the point of running away, if we had known, we would have done so in the moment. They were guys from the neo-Nazi party Pravy Sektor and the Aydar battalion, they arrested young men and also took a young pregnant woman. They beat up the three boys, we witnessed the torture, they cut off their ears, cut them with a knife and took them to a cellar where the boys screamed for a long time in the night. And then they shut up, they finished them off. I will hear those horrible screams for a long time to come.

A village passed to the edge of the sword. The silence of death that surrounds us is heavy, we are sitting on a bench, near a factory, the woman does not dare to look at me and turns her hands nervously, she speaks in a voice barely audible: “They stayed in the village until our people drove them out, during all this time they engaged in looting, we were not allowed to go out, we suffered endless humiliation, they took everything they liked, up to household appliances that they loaded into trucks, TVs, phones, of course alcohol and everything that seemed interesting. The young woman I can’t tell you what they did to her, she was hanging by her arms, to say what she went through is too hard, they abused her for hours and she died. There is another hamlet not far from there, no one came back alive from there, they killed them all, women, children and old people, we never heard from them again.

She tells me this story in a breath, her face is still and the tears don’t flow, but she goes on talking about her son, Sergei: “My Seryozha, he was not yet 25 years old, he lived and worked here, he had a girlfriend and they were planning to get married. He didn’t tell me that he had joined the insurgent militia, he came back sometimes, I didn’t understand what was going on, what would happen to us. Then I found out that he had gone with the boys from Kirovskoe to defend our city, he was in a block-post. I myself fled our village, our house was blown apart by a shell and even after our liberation I did not return, what was the point, everything was in total desolation. I am a single woman, retired, I lived a peaceful life, I still have a daughter, Sergei was killed in circumstances that I have no knowledge of, at the beginning of the uprising. I understood that the Maidan was going to bring us misfortune, but I am only a simple woman, a worker, I worked all my life and I raised my two children alone. So what future we have I don’t know, what I do know is that in front of us are monsters, killers, Nazis and I have seen with my own eyes what they do to people.

The journalist is not far from wanting to take up arms. I take the testimony with difficulty, in these extreme cases, I always have the impression of being a reporter investigating during the German occupation with the families of the tortured of the Resistance. The powerlessness, the anger, the incomprehension, the distress, that’s how one comes out of such an experience. It justifies all the insults, all the calumnies that I can receive, what are they in front of this truth? Those who defend the brown Ukraine are finally accomplices of all that and they will be able to speak about lies, it is the raw truth which one day will be made before courts. The idea passes through my mind to take a weapon to fight the killers of Ukraine, so many horrors and crimes, even if I am not a soldier, I can make myself useful otherwise. In the opaque night created by the journalists of France who do not do their job, in the empty arguments of those who deny the crimes, in the delirium of those who, even worse, justify them, I finally find strength. This woman, these victims must not be forgotten. Even if I have to spend years there, this truth will be brought before the Justice of men while waiting for the Justice of God.

Olga finally bursts into tears when I give her a modest sum of 5,000 rubles in the name of Eric Michel, a generous donor who trusted me and gave some of his money to alleviate the suffering in Donbass. This money will not bring back the dead, but Olga is now living in a difficult situation, with a meager pension and little humanitarian aid. Her daughter supports her as much as she can, but it is alone that she must face her memory, the memory of the cries of the tortured, the memory of a son killed to defend this population of Donbass, before the horror, the world still refuses to hear what is the brown Ukraine, what are many of the soldiers of the operation of reprisals launched by Poroshenko: massacres and murderers who in the XXIst century still make a lie of the fact that Humanity is advancing.