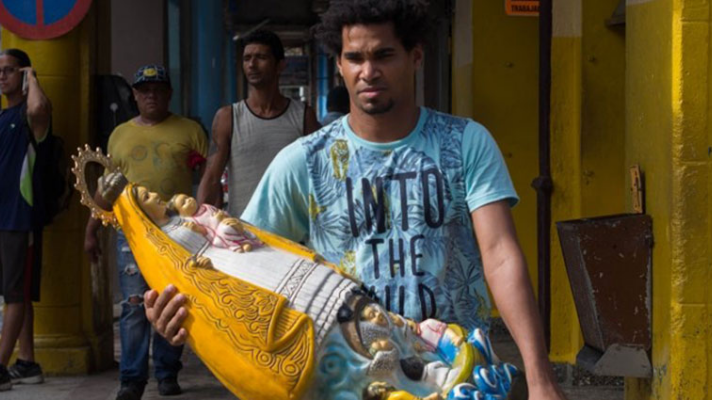 Luis Otero Alcántara’s light-hearted gimmickry has contributed to the overexposure of the soft coup strategy exercised against Cuba since Trump occupied the White House (Photo: Archive).

Last March 30, the High Representative of the European Union for Foreign Affairs, Josep Borrell, issued  a statement  in which he described as “spontaneous demonstrations” that were “a reflection of the legitimate demands of the population, but were met with repression” the national protests of July 11 and 12, 2021 in Cuba.

The intervention of the United States  and several of its allied governments in the destabilizing escalation developed last year within the framework of an aggravation of unilateral coercive measures and the effects of the global pandemic of covid-19 is well known.

In a clear act of interference, Borrell described as “disproportionate” the 128 sentences applied to the operators of the violent escalation that sought to carry out a soft coup. He also called on the Cuban authorities to allow the diplomatic community to attend the trials and urged the release of all those involved who are subject to justice and the law, according to Cuban legislation.

The Cuban government’s response was not long in coming. Cuban Foreign Minister Bruno Rodríguez Parrilla, who is also a member of the Political Bureau, pointed out that “only our courts, and not any European authority, are empowered to issue sentences in strict adherence to due process”, adding that the EU has no right or moral authority to intervene in matters that are the sole responsibility of the Cuban State. He stated that the EU should concern itself with the episodes of repression occurring in its member states and of minors detained in its jails.

As is well known, last year small and medium sized demonstrations took place in some Cuban cities calling for a “humanitarian intervention”, but which basically sought to dismantle, with the same script but with new actors, the revolutionary process that has been developing for more than 60 years. This was accompanied by a disinformation war and a component that included sectors of the island’s cultural movement.

It was a call to the United States and the “international community” to intervene in an alleged collapse of the health and economic crisis experienced by the island due to the pandemic, aggravated by the impacts of the economic, financial and commercial war waged by Washington. The judicial balance was more than 1,400 people arrested and 790 charged, from which the condemnations pointed out by the European interventionist statement were derived.

In an act of illusory superiority, the European axis tried to pontificate on human rights, even when it is subordinated to Washington, its members close media, condemn rappers such as Pablo Hasel for accusations against a monarch allegedly involved in corruption and the repression of the protests of the Yellow Vests in France exceeded 1 thousand injured and has caused the loss of eyes and even hands to several demonstrators. 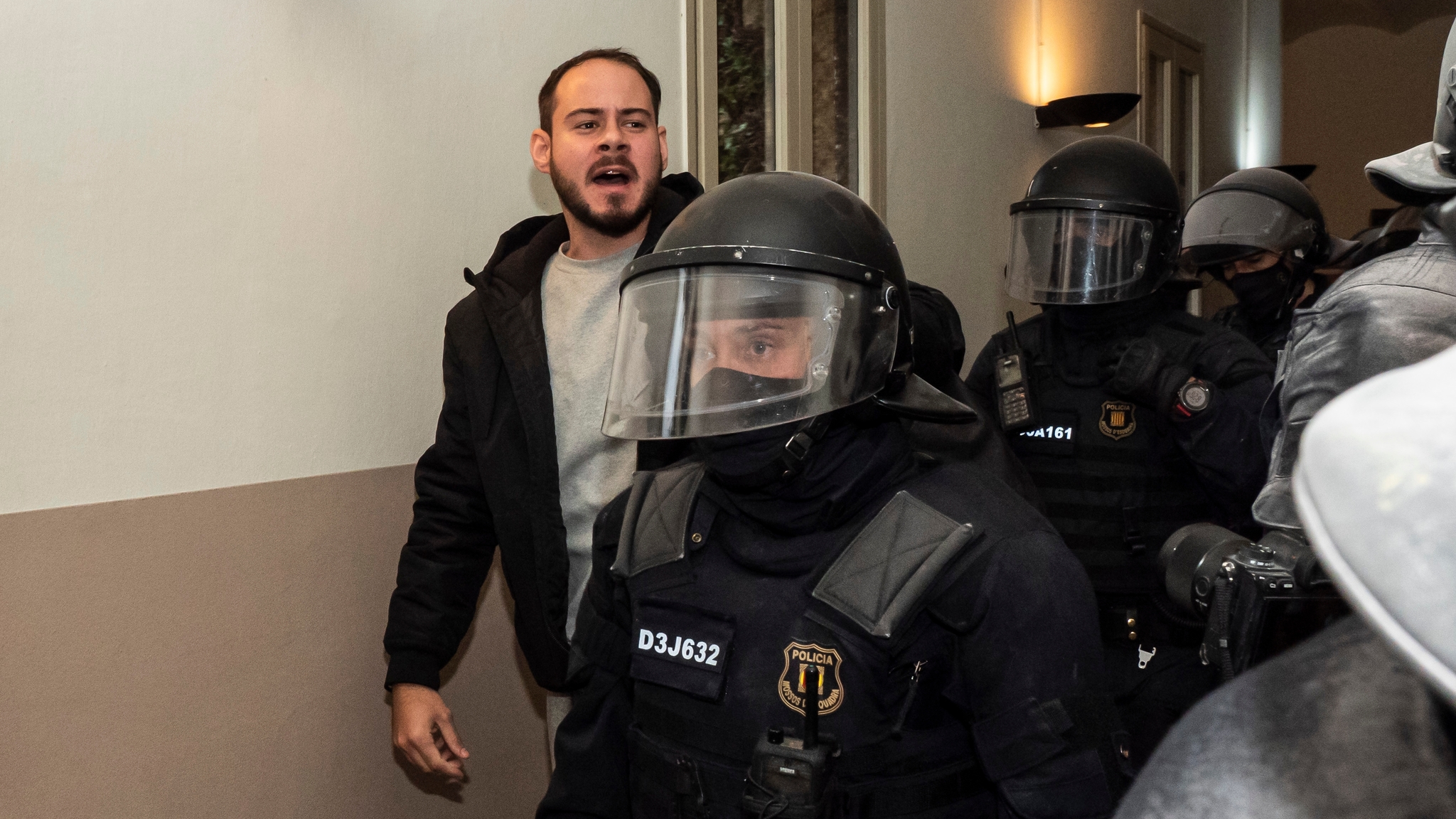 While the EU condemns Cuba, Spanish rapper Pablo Hasel was sentenced for “insulting the monarchy and extolling terrorism” and protests over his imprisonment saw 137 people arrested across Catalonia | CREDITS:Reuters

During last July’s protests in Cuba, Luis Manuel Otero Alcántara, the coordinator of the San Isidro Movement (MSI), was arrested and since then he has carried out several hunger strikes in prison, which he ended last February.

One of his sponsors, the Center for the Opening and Development of Latin America (CADAL) Foundation, based in Argentina, asked the UN High Commissioner for Human Rights, Michelle Bachelet, to intercede on Otero’s behalf. They also requested intercession for Maykel Castillo Perez “Osorbo”, who has been detained since May 2021 for alleged crimes of resistance and contempt, is winner of two Latin Grammy Awards for the song “Patria y Vida” together with rapper Yotuel Romero, singer and composer Descemer Bueno, and the reggaeton group Gente de Zona.

Borrell’s communiqué refers to a 30-year sentence. The two cases correspond to the crime of sedition (destabilizing the State and subverting the order, legally established in Cuba) because they armed themselves with stones, bottles and other objects for the aggression, which were thrown at the cordon of public agents, while they were advancing towards them. One of them is a recidivist in the commission of criminal acts and was on extrapenal license, the other is a multi-recidivist and had been sentenced to 12 years of imprisonment for robbery with force, and three months of imprisonment for theft.

Regarding the convicted juvenile offenders:

In addition to the EU, dozens of prestigious world organizations, such as Amnesty International and Pen International, have been demanding for months the release of the detainees for the events of last July.

A previous investigation revealed how the Cadal Foundation economically stimulated the protests, and its resources came “from the hands of the CIA branches for the region; the Atlas Foundation (linked to the Koch brothers), Fupad (Pan American Development Foundation), USAID and NED”.

There are other actors such as the Institute of Peace and War Journalism, Factual, Distintas Latitudes, Swedish Foundation for Human Rights, Editorial Hipermedia, Diario de Cuba, Cubanet, the Sergio Arboleda University (technocratic nucleus of Uribism where Iván Duque comes from), in addition to fundraisers from different agencies and foundations together with other NGOs registered in different countries that mask media such as CiberCuba, ADN Cuba, Cubanos por el Mundo, Cubita Now, Cubanet, Periodismo de Barrio, El Toque, El Estornudo and YucaByte.

The network of media, influencers and financed media agents support the activity of actors bought for regime change in Cuba, has been moving with strong funding until today in networks and digital media.

In addition to cyberactivism they have escalated into new journalistic trends, as journalist Javier Gómez Sánchez states:

“They are digital media created and sustained as part of a long-term operation implemented by the CIA in Cuba to manufacture a press that, from the Internet, would generate deliberately toxic political content towards the Revolution, under the facade of journalistic exercise.”

On June 2, shortly before the insurrectional assembly, Samantha Power, director of USAID, condemned the imprisonment of Osorbo, making evident her agency’s bet on the infiltration of Cuba’s hip-hop music industry and the recruitment of rappers to culturally condition the younger generations and incite them to “regime change”. It is a strategic project that has the main Cuban cities as its nucleus, but directed from the United States.

BRIEF PROFILES OF SOME OPERATORS 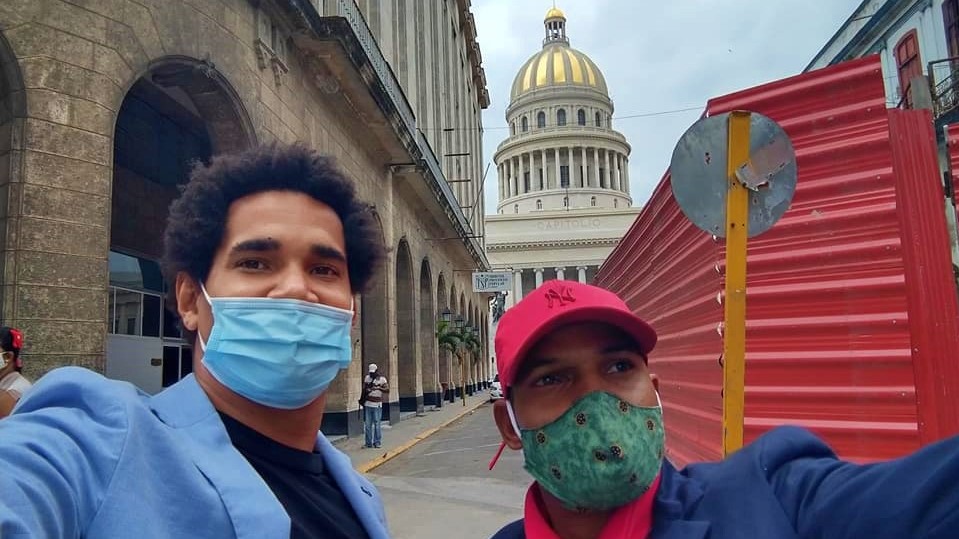 Luis Manuel Otero Alcántara and Maykel “Osorbo” Castillo of the San Isidro Movement have been convicted of recurring crimes in Cuba and the U.S. government is demanding they be released “immediately”  | CREDITS: Diario de Cuba

Actors from outside Cuba: