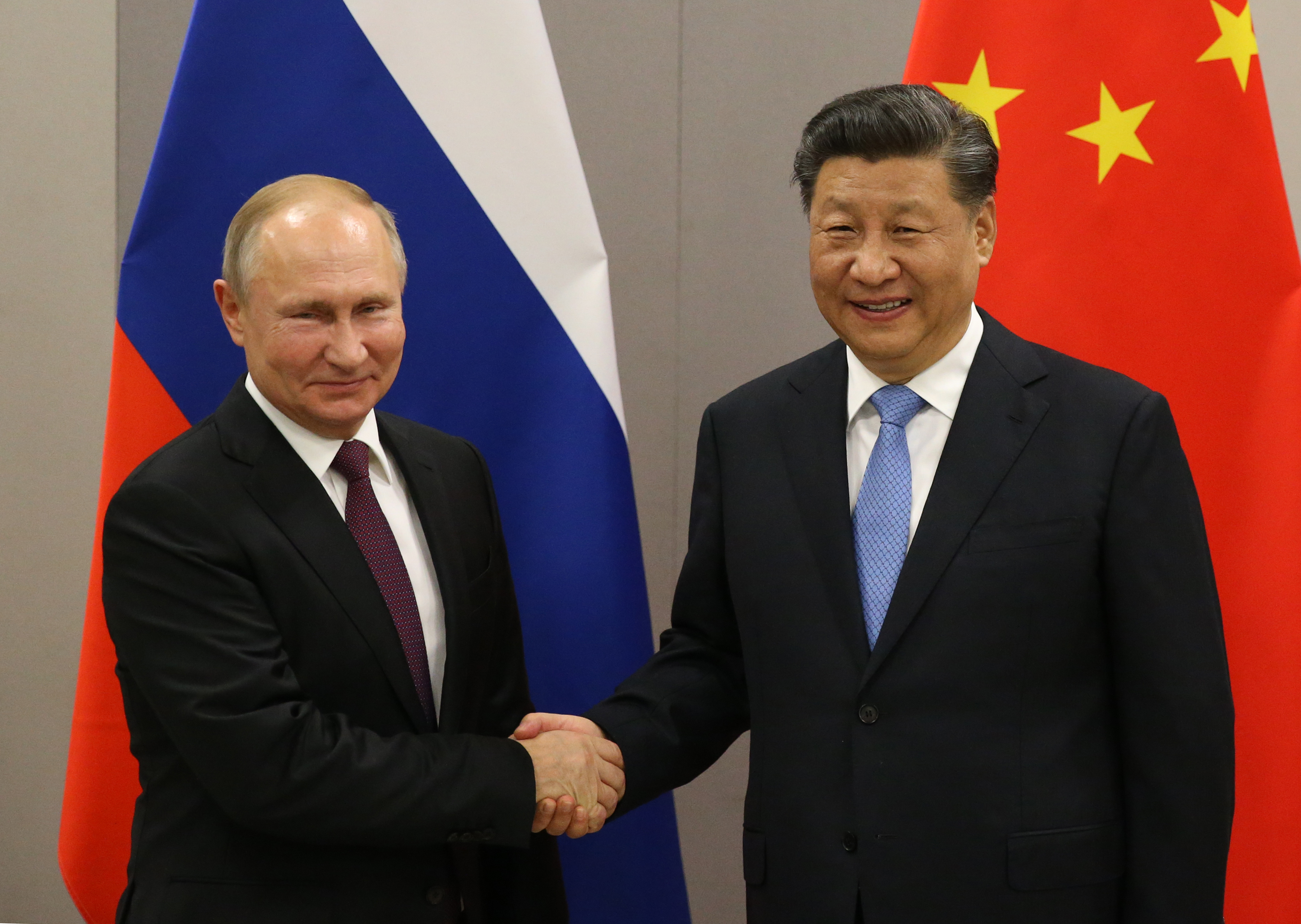 The western media is trying to turn the conflict in Ukraine into a legal discussion, putting “violators of international law” on one side and “defenders of justice and legality” on the other. Obviously, this type of narrative is extremely problematic, considering that the very “illegality” of the Russian intervention in the conflict is questionable, but this is not the main point of the matter. From the moment the West claims that Russia is acting illegally, it automatically implies that the entire international society must necessarily take a stand in favor of the Ukrainian side, which has generated great controversy.

As expected, the country most affected by this pro-Ukraine position requirement is China. As the second richest country in the world, equipped with enormous political, military, and diplomatic potential and maintaining friendly relations with Russia, China is a key point in the conflict, as its stance, if placed in favor of Kiev, could make Moscow diplomatically weak. This type of conduct is not typical of Chinese foreign policy, however, which is strongly marked by the defense of neutrality and the principle of non-intervention, which has led Beijing to avoid pronouncements on which side is right or wrong in the conflict, limiting its participation to mediation of diplomatic dialogue and increased economic cooperation with Russia, which is being sanctioned by the West.

Western leaders, however, insist on not respecting the Chinese diplomatic tradition and demand a stance totally in favor of the Ukrainian government, rejecting any form of neutrality. Recently, during a press conference NATO boss Jens Stoltenberg commented on the Chinese position stating that “China should join the rest of the world in strongly condemning the brutal invasion of Ukraine by Russia (…) China has an obligation as a member of the UN Security Council to actually support and uphold international law and the Russian invasion of Ukraine is a blatant violation of the international law so we call on [China] to clearly condemn the invasion and not support Russia”.

Stoltenberg’s unkind words – which literally demanded a violation of every ideological and strategic principle of Beijing’s foreign policy – did not go unnoticed by Chinese diplomats. A spokesperson for the Chinese mission to the EU spoke about the case saying: Chinese people can fully relate to the pains and sufferings of other countries because we will never forget who had bombed our embassy in the Federal Republic of Yugoslavia. We need no lecture on justice from the abuser of international law (…) “As a Cold War remnant and the world’s largest military alliance, NATO continues to expand its geographical scope and range of operations. What kind of role has it played in world peace and stability? NATO needs to have good reflection”.

The spokesperson’s words were very incisive, remembering that NATO is an organization with a vast history of violations of international law. The invasion of Yugoslavia, during which the Chinese embassy in the country was bombed, is a sad and important mark in the history of international relations, which will not be so easily forgotten. At that time, the Western military alliance was trying to demonstrate its power and assert its role as “global police” in the then newly born unipolar world order. The western attack on Yugoslavia ignored all the norms of international law and human rights, creating one of the biggest humanitarian crises ever seen on European soil – just in the name of asserting the alliance’s global power. Shortly thereafter, the same scenario was repeated in Iraq, creating a real illegal “custom” in international society according to which invasions could occur with impunity, provided they were carried out by NATO.

Since then, many jurists have tried to “theorize” this supposed “right” on the part of NATO to attack other countries, as seen in ideas such as the “anticipatory self-defense”, which literally legitimized Western military action against target countries in order to “prevent” future attacks by these countries on Western states – even if there was no material evidence that such threats were real. Now, if the Ukrainian case is analyzed according to the very principles of Western legal theories, there is, therefore, no illegitimacy in the Russian Operation, considering that there was vast evidence that Kiev planned to invade the Donbass and massacre the local population. Moscow acted preemptively in defense of third parties – the only “problem” for Western jurists is that this right is apparently unique to NATO.

In other words, NATO has vastly disturbed international law structures in recent decades, creating a state of chaos in global society. In the same way, international jurists came to consider “legal” everything that is done by the Western alliance, while seeing as “illegal” even the legitimate maneuvers of non-aligned countries. This is why there is no room for this kind of discussion in the Ukrainian issue. The case cannot be understood or resolved consulting legal experts because the current trend is to see everything done by non-NATO countries as “illegal”. In addition, it is necessary to remember that international law has failed to prevent the escalation of the conflict. If the international courts had punished Kiev for its crimes in the Donbass, Moscow would not have started the Operation.

So, there is no problem in the Chinese stance in abdicating any discussions on legality or illegality of the Russian actions. Beijing understands that even if there were illegality in the Operation (which does not seem to be the case), there would be no legitimacy for NATO to accuse this, considering the organization’s crimes. In fact, this type of neutral position is the most lucid to be taken by the parties not involved in the conflict, as it is the most consistent with the universal principle of non-intervention.