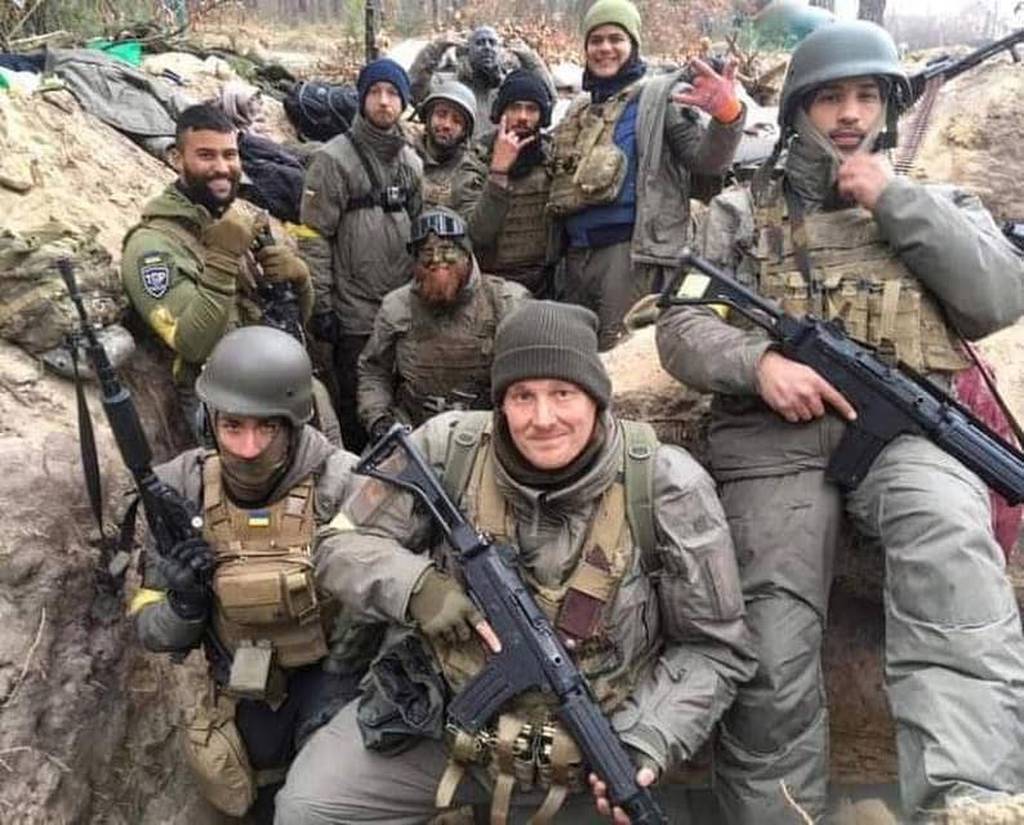 Foreign fighters now on the  battlefield in Ukraine – Military Times

On February 27, Ukrainian President Volodymyr Zelensky made a plea for foreigners to fight against the Russian military. In a statement, Zelensky said, among other things, that “This is not just Russia’s invasion of Ukraine. This is the beginning of a war against Europe, against European structures, against democracy, against basic human rights, against a global order of law, rules and peaceful coexistence.” He added: “Anyone who wants to join the defense of Ukraine, Europe and the world can come and fight side by side with the Ukrainians against the Russian war criminals.”

In this way, Zelensky portrayed the conflict as one between a Ukraine that defends Western values, human rights and its political system against “Russian war criminals.” This narrative was disseminated to great lengths by Western media, who at the same time scoffed at the idea of a “de-Nazification” of Ukraine.

Omitted from Western media is the fact that openly neo-Nazi groups like the Mariupol-based Azov Battalion are official units of the Republican Guard, which is under the direct command of Ukraine’s Interior Ministry. It also omits that Stepan Bandera, a Nazi collaborator in World War II who encouraged Ukrainians to “destroy” Jews and Poles, leading to tens of thousands of deaths, is being rehabilitated in Ukraine and even had a major avenue in Kiev renamed after him. This is just two examples of the “Nazification” of Ukraine that is being purposefully ignored by the West.

None-the-less, by portraying the war in Ukraine as a struggle of liberalism against authoritarianism, Western liberals are whitewashing the Far Right and other foreign fighters from a myriad of illiberal ideologies as they descend on Ukraine to fight the Russians. According to Kiev, by March 6 at least 20,000 foreign fighters from 55 countries had entered Ukraine to fight against Russians.

The volunteers are a mix of neo-Nazis, radical Islamists, naïve liberals, pan-Turkists and a variety of Russophobes. Although Western media are lionising the foreign fighters, the accounts they give of their time in Ukraine are truly horrifying – from being tortured by Ukrainian soldiers, to being used as cannon fodder, and facing devastating missile strikes from Russian forces.

One American volunteer, who said he was with the Georgian National Legion of the 122nd Territorial Defense Brigade (Odessa), said on social media that “our base got f***ed up. The base right next to us got f***ed up.” He also said that Americans and “tons of British” were dead.

He explained that foreign volunteers are being sent to the front lines without sufficient weapons or armor. He continues to explain that when they refused to go and fight near Kiev under such conditions, Ukrainian soldiers threatened to shoot them, forcing the American volunteer and others to escape the country. However, he also explained that Ukrainian soldiers were cutting up the passports of foreign fighters and forcing them to the front. He chillingly warned: “People need to stop coming here, it’s a trap, and they’re not letting you f***ing leave.”

One British fighter, an ex-Army medic named Jason Haigh, told The Sun newspaper on March 9 that he was detained by Ukrainian authorities that were carrying cable ties. He said that Ukrainian authorities slammed his head and hit him several times, resulting in a bad concussion and heavy bleeding. Eventually, he and his group were released and joined hundreds of thousands on trains to Lviv, before fleeing to the Polish border and getting a train to Warsaw.

It is also recalled that a Brazilian foreign fighter uploaded to his social media a harrowing account of the Russian strike against the International Peacekeeping and Security Center (IPSC) near Lviv and the Polish border on March 13, saying: “I don’t even know what to say… there were special forces soldiers from all over the world [US, France, South Korea, Chile]. The information we have is that everyone died, they [Russians] managed to destroy everything… you guys don’t understand what it means when a jet drops a missile on you. Thank God I got out earlier.”

In this way, despite the lionising of foreign fighters in Ukraine by the Western media, it certainly appears that their experience has been nothing short of terrifying. It also appears that many of the foreign fighters are naïve to the fact that there are clear links between the Foreign Legion and Ukraine’s neo-Nazis.

In addition, the Australian government warned on March 15 that volunteers could end up being “cannon fodder” for Ukraine. This matches up with Matthew Robinson, a British volunteer who stressed that foreigners “can be railroaded into a legion and sent to the front line very quickly. Even though you’ve got the best of intentions to help people, you could basically be cannon fodder.”

It can be suggested that Ukraine is intentionally trying to drive up the body count of foreigners fighting against Russia to create international outrage in the hope of forcing a foreign intervention. However, due to volunteers fighting on an unofficial capacity, there is no correlation between the death of foreigners and activating NATO’s mutual defense policy.

Don’t try to help Nazis and radical nationalists in #Ukraine, it might be dangerous these days https://t.co/nHE2G98TdR

"GET THE FUCK OUT OF UKRAINE, ITS A FUCKING TRAP!" pic.twitter.com/IlhORV1BpP

American woman who has her husband doing mercenary work in Ukraine:

"THEY ARE KEEPING THE AMERICANS HOSTAGE AGAINST THEIR WILL IN UKRAINE!" pic.twitter.com/X8e2FvfyZN

American mercenary belonging to the -FOG- group (Forward Observations Group) confirms on instagram that FOG instructors have been killed in the Russian missile attack that happened 2 days ago -targeting a training camp belonging to foreign legion-. pic.twitter.com/csnHqdIiTM

"THEY ARE SENDING US WITHOUT WEAPONS TO THE FRONT-LINES!" pic.twitter.com/uGTP9rC8F4

Confession from a Brazilian foreign fighter: