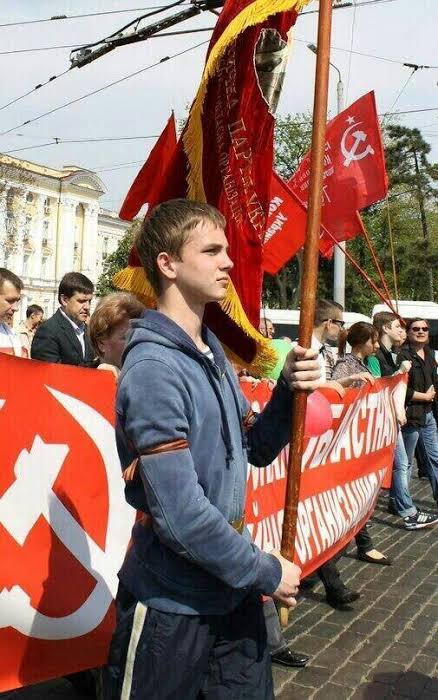 Mikhail Kononovich and his brother Aleksandr Kononovich were arrested by Ukrainian security forces on Sunday, March 6.. After 6 days of silence, we now have an update on the position of our comrades.

They have been detained at a Kiev pre-trial detention centre. They’ve been thrashed a number of times and they are still alive. Both are members of Ukraine’s Leninist Communist Youth Union’s leadership (LKSMU).

On Sunday, the Security Service of Ukraine (SBU) announced that the Kononovich brothers had been apprehended and imprisoned in Kiev. The SBU has accused them of being pro-Russian and pro-Belarusian propagandists with the objective of undermining the domestic situation in Ukraine and providing Russian and Belarusian channels with the “necessary information picture.”

After the Euromaidan coup in Ukraine in 2014, the government, as well as ultranationalist and neo-Nazi forces, have targeted and punished leftist organisations.

After the coup, the brothers were forbidden from leaving Ukraine. Mikhail was working at the Party headquarters in Kiev when the building was assaulted by a Nazi mob a few weeks after the coup. They sacked the premises and assaulted the comrades inside, armed with machine guns and wearing balaclavas. Kononovich was attacked, assaulted, and seized by fascist thugs. With the butt of a rifle, his teeth were knocked out, and he was dragged unconscious from the premises under the scrutiny of onlookers. He was dragged away and beaten for refusing to disavow Communism, and after another thrashing, he was left for dead in the woods. Finally, the fascists put him up in the middle of the woods, held a gun to his head as if about to shoot him, and fired three rounds past his head.

Decommunization rules were introduced in 2015 to prohibit communist iconography, and the electoral commission decided that the Communist Party of Ukraine (KPU) would not be allowed to run in the 2019 elections. The Ukrainian authorities have also threatened LKSMU’s activities. Its leaders, especially the Kononovich brothers, were repeatedly attacked by government forces and neo-Nazis for leading the country’s communist politics. 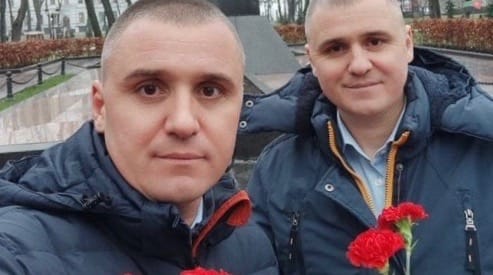 The World Federation of Democratic Youth had urged on its member organisations, as well as all youth and people around the world, to oppose this situation, demand their freedom, and demonstrate against the neo-fascist administration in Ukraine, which is putting pressure on them to detain their murderers.

Let us continue to fight for their liberty.