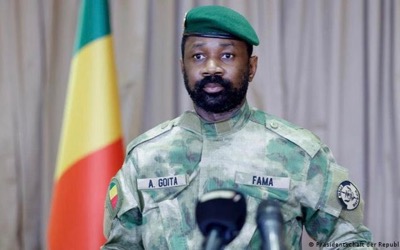 On 10 January 2022, the Economic Community of West African States (ECOWAS) decided to close land and air borders between member-countries and ali and to freeze assets of the Republic of Mali in ECOWAS Central Banks, as sanctions in response to the announcement by the transitional authorities to postpone the presidential election to the end of 2026.

Mali responded by closing its borders to all countries that support the sanctions announced by ECOWAS, with the exception of Guinea. ‎

France being one of those countries, the transitional authorities cancelled the military agreements that Mali had with France in the framework of the Barkhane Operation.

Consequently, on 11 January 2022, Mali denounced the violation of its airspace by a French military aircraft flying in from the Ivory Coast, without authorization [1]. Barkhane Operation commander Major General Laurent Michon, who had evidently not been briefed about the political consequences of his own government’s actions, expressed his bewilderment in a letter he sent to the chief of staff of the Malian armed forces [2].

The Barkhane Operation had been deployed to fight against jihadist terrorists. However, despite the impressive feats carried out by the French military, jihadism has continued to grow stronger. This catastrophic outcome as compared to the stated objectives is in line with the strategy of the United States, which has decided to double its financial support of the French operation.

On 8 October, Malian Prime Minister Choguel Kokalla Maïga publicly accused France of training the terrorists she claims to be fighting. He then recalled that France had prevented the Malian armed forces from entering the enclave of Kidal, a jihadist stronghold [3]. ‎

In short, the Mali transitional government has decided to turn to a Russian private military company, referred to by Western governments and media as the “Wagner Group”.