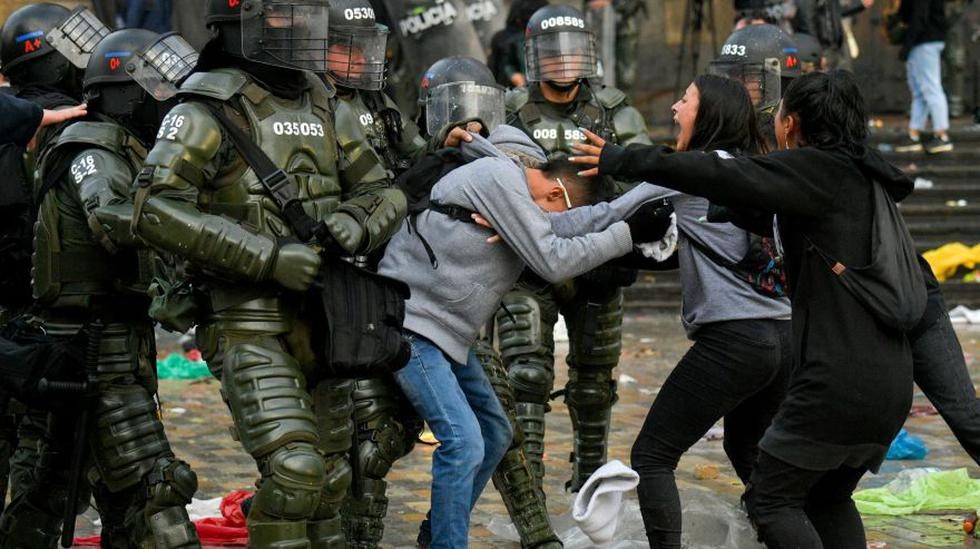 The Colombian Congress, the Presidency of the Republic and the Ministry of Defense have issued a Law of supposed citizen security. In reality, it is a statute to establish a series of provisions and institutions that reshape the political regime to fully establish a neo-Nazi dictatorship to crush social movements and political organizations opposing the Colombian oligarchic State and prevent the access to power of the Historical Pact and its candidate Gustavo Petro.

The Law includes reforms to the Penal Code, the National Code of Security and Citizen Coexistence, the Code of Extinction of Ownership and the Regulation of Weapons, among others. It is a compendium of norms that legalize official, neo-paramilitary and private criminal practices. It is a license to kill; an aberrant fascist exit of the pro-Uribe government.

The Security Law of sub president Duque is the repetition of the Law of the Horses of the conservative hegemony (1886-1930), of the chulavite regime of the phalangist corporativism of Laureano Gómez (1950-1954), of the military dictatorship of Rojas Pinilla, the state of siege of the National Front, the security statute of Turbay Ayala and his torture system (1978-1982) and the democratic security of Uribósantistas (2002-2014), with its “false positives”, 9 million displaced people and the massacres of peasants. It is therefore the continuity of the conservative line of violence and repression as a structural element of the Colombian oligarchic state.

This Law is a regressive and obscurantist recomposition of the Colombian oligarchic domination system in the face of the powerful social mobilization registered in Colombia since 2019 to demand the elimination of the neoliberal model, the implementation of the peace agreements, the protection of the lives of thousands of social leaders and former combatants of the Farc and the end of the massacres in which the police became a central actor as just demonstrated by several reports of international Human Rights organizations.

Duque’s Security Law is a neo-Nazi scheme that turns social protests and popular mobilizations into crime, for which it typifies a set of crimes with penalties bordering on life imprisonment, establishes the platform of urban neo-paramilitarism with the ruse of “privileged self-defense” and imposes the free market to administer the prison and penitentiary regime.

It is a law of war plagued with classism and racism, which establishes that if a person is the object of a robbery in commercial premises or in vehicles, he can stop the attack at bullet point. Thus, with the “novel” Law, the way is given free to the imposition of the death penalty for looting, robberies and carjacking, accepting that the State is incapable of fighting crime and the solution it has is to arm certain groups of characters as we saw recently with the situation of the Cali gunman Andrés Encobar who, accompanied by the police and protected by them, shot against the members of the Minga who were carrying out their protests in the capital of the Cauca Valley. This law moves with the idea that the State relies on certain violent individuals to supposedly guarantee the security of the communities.

This Law approved at the end of the current legislature has a political purpose that can hardly be hidden; everything points to hit the electoral campaign of the democratic opposition that the Historical Pact and its presidential candidate Gustavo Petro are carrying out with a wide acceptance among the opinion and many possibilities of accessing the Presidency. In Colombia the electoral periods are the most violent in its history, but this Law announces a hell to impose with lead and rifles the candidate of the ultra-right wing indicated by the big boss of Colombian fascism (Matarife).

With the Security Law from the Presidency they intend to favor the candidates of the Democratic Center and the other factions of the ultra-right with several lists to the Congress and with presidential pre-candidates in the consultations to be held on March 13, 2022.

This being so, it is necessary to consider international actions of denunciation from the Opposition and processes of popular mobilization that will push back these outcomes of Colombian fascist totalitarianism.