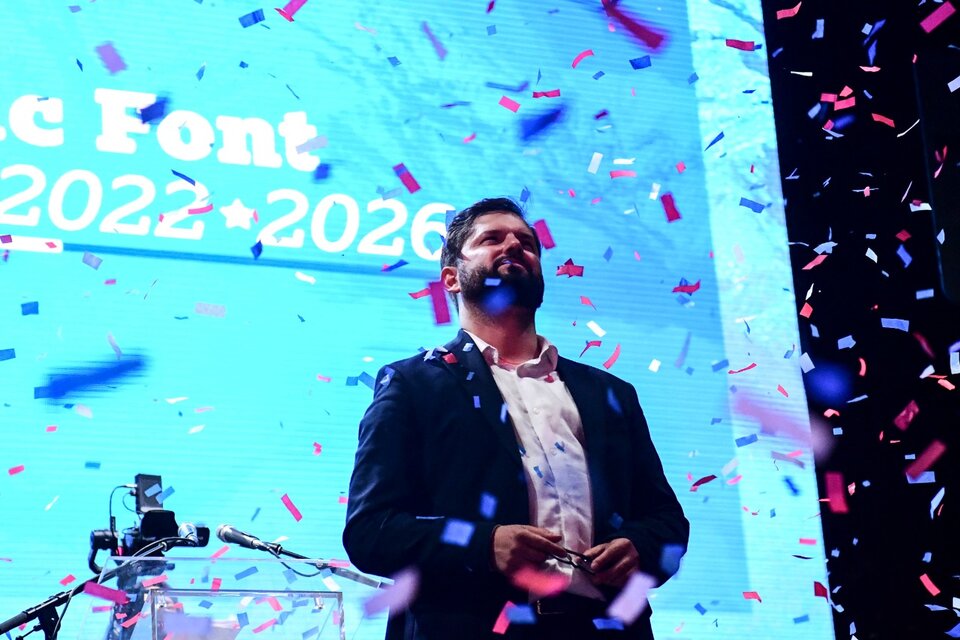 The expectation of Chileans is that not only things will change in their country, but also the integration with their neighbors and the continent. A progressive agenda abroad.

Santiago dawned calm, with blue skies after a long night. Gabriel Boric’s presidential victory, quickly acknowledged by his opponent José Antonio Kast, quelled any speculative scenario, in a continent where some presidential elections became areas of high tensions or destabilization, as happened, for example, in May this year in Peru. The candidate-elect gave a speech before an overflowing Alameda Avenue and then retired to wake up early and start working on what is to come, which is considerable.

The new government will take office internally in a scenario of a strong social mobilization of support, high expectations, parity in the Legislative power, a right wing that showed no inconvenience in rallying around a Pinochet candidate and that, it can be anticipated, will seek to defend the economic model maintained since the dictatorship of Agusto Pinochet. It will be a complex scenario, for which Boric announced in his victory speech that he will “move forward with small but firm steps”, within the framework of a “change of a historical cycle”.

The new president did not announce for the moment who could be the members of his new government, in the context of a campaign that was carried out by a political coalition between the Frente Amplio -his space- and the Communist Party, and where, at the same time, several moments of rapprochement with members of the former Concertación took place. Boric has a little less than three months to build the cabinet and take office in what will be a historic day in the country: a 36 year-old president, former student leader, parliamentarian, coming from a new political generation that entered the scene to challenge the status quo inherited from the dictatorship.

The internal expectation, on the part of progressive sectors and an important part of the left, also has its correlate at the international level, particularly in Latin America. Boric’s victory closes a 2021 marked by the victories of Pedro Castillo in Peru and Xiomara Castro in Honduras. The new president of Chile thus adds a third center-left president in the continent this year, in the context of the recovery of progressive forces: the continental map today is very different from the one that Andrés Manuel López Obrador found when he assumed the presidency of Mexico in 2018, or Alberto Fernández in Argentina when he won in 2019 simultaneously with a coup d’état in Bolivia.

That growth of progressive governments in the continent began to have its correlate of regional integration initiative, for example, at the CELAC Summit held in Mexico last September. The perspective of a Boric government seen from this point of view may generate expectations of having support in the integrationist direction. The statement of Senator Juan Ignacio Latorre, part of Revolución Democrática within the Frente Amplio and in charge of the international area in Boric’s campaign command, already anticipated that: “we want to coordinate or help to coordinate, because it is not going to be something only of Gabriel, a greater coordination from the south of Latin America looking to the world, to Asia and to powers such as China and the United States, but with political autonomy”.

Latorre, also affirmed to be “very expectant of all the political movements that are going to happen in Latin America. Next year we hope that Lula will defeat the extreme right (in Brazil), with (Gustavo) Petro in Colombia and that there may be an articulation of several progressive governments”. The elections in both countries, the first in May, the second in October, will be decisive in terms of the importance of both countries, economically, geopolitically and diplomatically, particularly in the Brazilian case.

Boric, unlike Fernandez or Lopez Obrador, will take over the presidency of Chile at a time of strengthening of progressive forces in terms of government map, and weakness or disappearance of right-wing initiatives, such as the Lima Group, created in 2017 in a policy against the government of Nicolas Maduro, or Prosur, created in 2019 after, in a coordinated manner, the right-wing governments of South America have left Unasur.

Will Chile assume a leadership role in this continental scenario with the potential to advance in strengthening regional instruments? Or will it remain in the background? It will surely depend on the balance between its agenda of priorities, conceptions, commitments, internal strengths and weaknesses. The case of Peru, whose president took office at the end of July, showed that a scenario of internal fragility can simultaneously lead to a loss of initiative in foreign policy or to having to negotiate that policy in a more pronounced manner.

For the moment, Latorre affirmed that Boric’s first foreign tour “will probably be Argentina”, a country for which Boric’s victory means the arrival of a government of a similar political sign in its neighboring country with access to the Pacific Ocean. Finally, the victory of the new Chilean president is seen from the Latin American progressivism, not only as a greater possibility of regional construction, but also as a defeat of the extreme right political forces that, in recent times have had growth and initiative in several countries. Boric’s victory is thus the defeat of Kast, Jair Bolsonaro, Javier Milei, VOX, or Mario Vargas Llosa who has been supporting candidates systematically defeated at the polls.