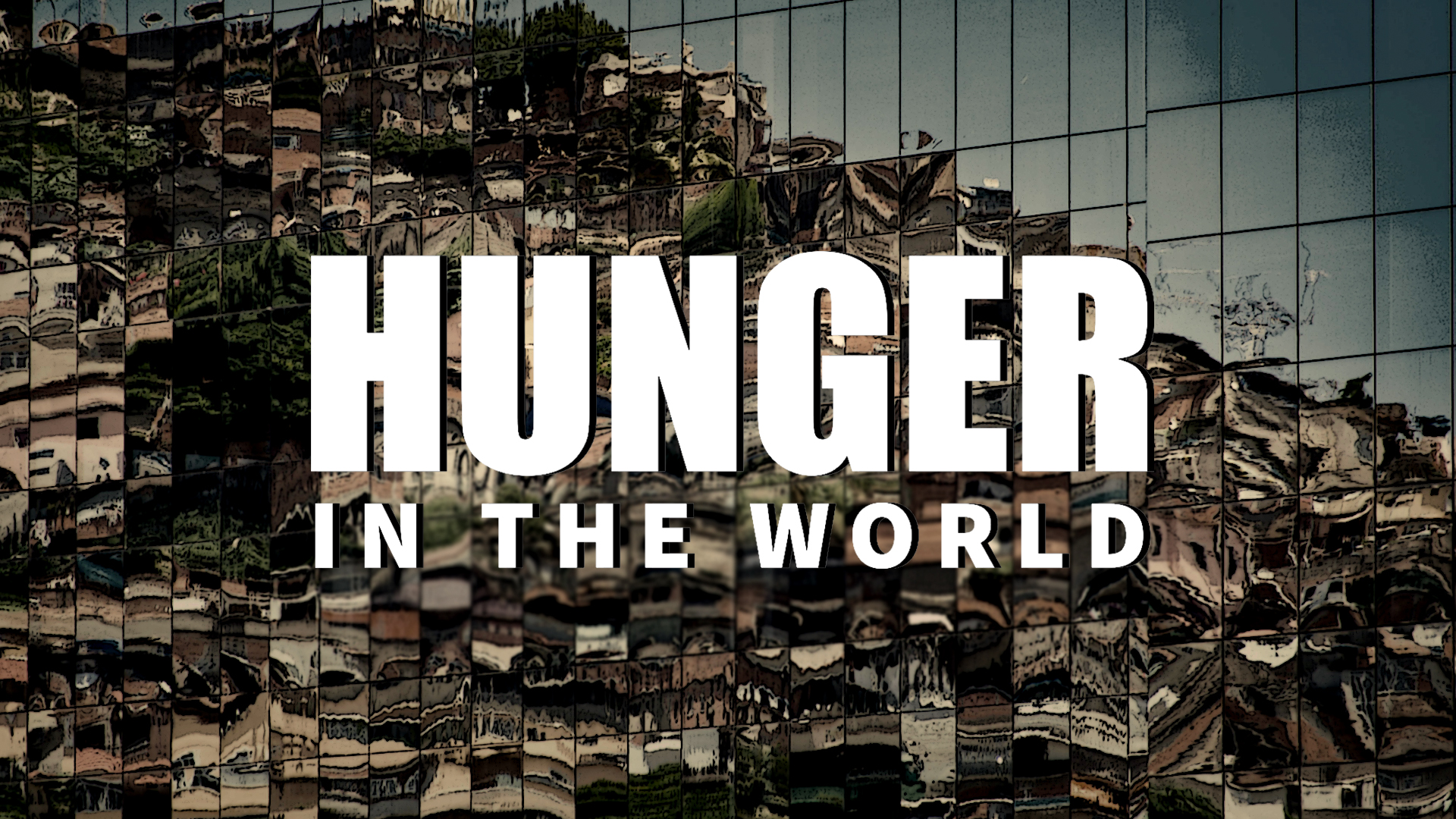 Hunger continues to take lives across the world, every day. This global failure stems from the very nature of capitalism itself.

In May 1998, Cuba’s President Fidel Castro attended the World Health Assembly in Geneva, Switzerland. This is an annual meeting held by the World Health Organization (WHO). Castro focused his attention on hunger and poverty, which – he argued – are the cause of so much suffering. “Nowhere in the world,” Castro said, “in no act of genocide, in no war, are so many people killed per minute, per hour, and per day as those who are killed by hunger and poverty on our planet.”

Two years after Castro made this speech, the WHO’s World Health Report accumulated data on hunger-related deaths. This number adds up to just over 9 million deaths per year, 6 million of them being children under the age of five. This meant that 25,000 people die of hunger and poverty each day. These numbers far exceeded the numbers killed in the 1994 Rwandan Genocide, whose death toll is calculated to be around half a million people. Attention is paid to the Genocide – as it should be – but not to the genocide of the poor through hunger-related deaths. This is why Castro made his comments at the Assembly.

In 2015, the United Nations adopted a plan to meet certain Sustainable Development Goals by 2030. Goal 2 is to “End hunger, achieve food security and improved nutrition and promote sustainable agriculture.” That year, the Food and Agriculture Organization (FAO) began to track a rise in the absolute number of hungry people around the world.

Six years later, the COVID-19 pandemic has shattered an already fragile planet, intensifying the existing apartheids of the international capitalist order. The world’s billionaires have increased their wealth tenfold, while the majorities have been forced into a day-to-day, meal-to-meal survival.

In July 2020, Oxfam released a report called The Hunger Virus, which found – using World Food Programme (WFP) data – that 12,000 people per day “could die from hunger linked to the social and economic impacts of the pandemic before the year, perhaps more than will die each day from the disease by that point.”

In July 2021, the United Nations announced that the world is “tremendously off track” to meet the body’s 2030 Sustainable Development Goals citing that in 2020 “more than 2.3 billion people (or 30 percent of the global population) lacked year-round access to adequate food,” which constitutes severe food insecurity.

The UN’s Food and Agricultural Organizations 2021 report, The State of Food Insecurity and Nutrition in the World, noted that “nearly one in three people in the world (2.37 billion) did not have access to adequate food in 2020 – an increase of almost 320 million people in just one year.” Hunger is intolerable. Food riots are now in evidence, most dramatically in South Africa. “They are just killing us with hunger here,” said one Durban resident who was motivated to join the unrest. These protests, as well as the new data released by the IMF and UN, have put hunger back on the global agenda.

Numerous international agencies have released reports with similar findings, showing that the economic impact of the COVID-19 pandemic solidified the already downward trend towards growing hunger and food insecurity. Many however stop there, leaving us with the feeling that this hunger is inevitable and that it will be the international institutions with their credits, loans, and aid programs that will solve this dilemma of humanity.

How did we get here and what is the way forward?

Hunger stalks the planet because so many people are dispossessed. If you do not have access to land, in the countryside or in the city, you cannot produce your own food. If you have land but no access to seed and fertilizer, your capacities as a farmer are constrained. If you have no land and do not have money to buy food, you starve. That’s the root problem. It is simply not addressed by the bourgeois order according to which money is supreme, land – rural and urban – is allocated through the market, and food is just another commodity from which capital seeks to profit. When modest food distribution programs are implemented to stave off widespread famine, they often function as state subsidies for a food system captured – from the corporate farm to the supermarket – by capital.

Over the course of the past decades, the production of food has been enveloped into a global supply chain. Farmers cannot simply take their produce to market; they must sell it into a system that processes, transports, and then packages food for sale at a variety of retail outlets. Even this is not so simple, as the world of finance has enmeshed the farmer into speculation. In 2010, the United Nations’ former special rapporteur on the right to food, Olivier De Schutter, wrote about the way that hedge funds, pension funds, and investment banks overpowered agriculture with speculation through commodity derivatives. These financial houses, he wrote, were “generally unconcerned with agricultural market fundamentals.”

Hunger is the story of our time, but solidarity is as well. Amid the systemic collapse and state abandonment, solidarity has been the cornerstone of survival. People’s movements have ensured the survival of the most vulnerable sections of the population by distributing food baskets, hot meals, and basic sanitary supplies, as well as imparting public health training to help curb the spread of the virus. They give not what is surplus, but of what little they have. These acts of solidarity are not merely humans extending a helping hand in times of need. They are also part of innumerable global campaigns seeking an enduring and systemic solution to the problem of hunger.

Based on the experience of the movements, Tricontinental: Institute for Social Research shared ten demands:

1. Enact emergency food distribution. Surplus stocks of food controlled by governments must be turned over to combat hunger. Governments must use their considerable resources to feed the people.

2. Expropriate surpluses of food held by agribusiness, supermarkets, and speculators, and turn this over to the food distribution system.

3. Feed the people. It is not enough to distribute groceries. Governments, alongside public action, must build chains of community kitchens where people can access food.

5. Demand living wages for agricultural workers, farmers, and others, regardless of whether they are able to work or not during the Great Lockdown. This must be sustained after the crisis. There is no sense in looking at workers as essential during an emergency and then disdaining their struggles for justice in a time of ‘normalcy’.

6. Encourage financial support for farmers to grow food crops rather than turn to large-scale production of non-food cash crops. Millions of poor farmers in the poorer nations produce cash crops that the richer nations cannot grow in their climate zones; it is tough to grow pepper or coffee in Sweden. The World Bank ‘advised’ the poorer nations to focus on cash crops to earn dollars, but this has not helped any of the small farmers who do not grow enough to support their families. These farmers, like their communities and the rest of humanity, need food security.

7. Reconsider the entanglement of the food supply chain, which injects enormous amounts of carbon into our food. Reconstruct food supply chains to be based on regions rather than on global distribution.

8. Ban speculation of food by curbing derivatives and the futures market.

9. Land – rural and urban – must be allocated outside of the logic of the market, and markets must be established to ensure that food can be produced and the surplus distributed outside of the control of corporate supermarkets. Communities should have direct control over the food system where they live.

10. Build universal health systems, as called for by the Declaration of Alma-Ata in 1978. Strong public health systems are better equipped to constrain health emergencies. Such systems must have a strong rural component and must be open to all, including undocumented people.

If hunger is the story of our time, the stories of hunger need to be told. Media projects based in Argentina, Brazil, Morocco, India, South Africa, and the United States will share six stories that survey the situation of the hunger virus in the world – both the virus itself and the work being done by people’s movements to provide relief and a new path forward for a world without hunger.