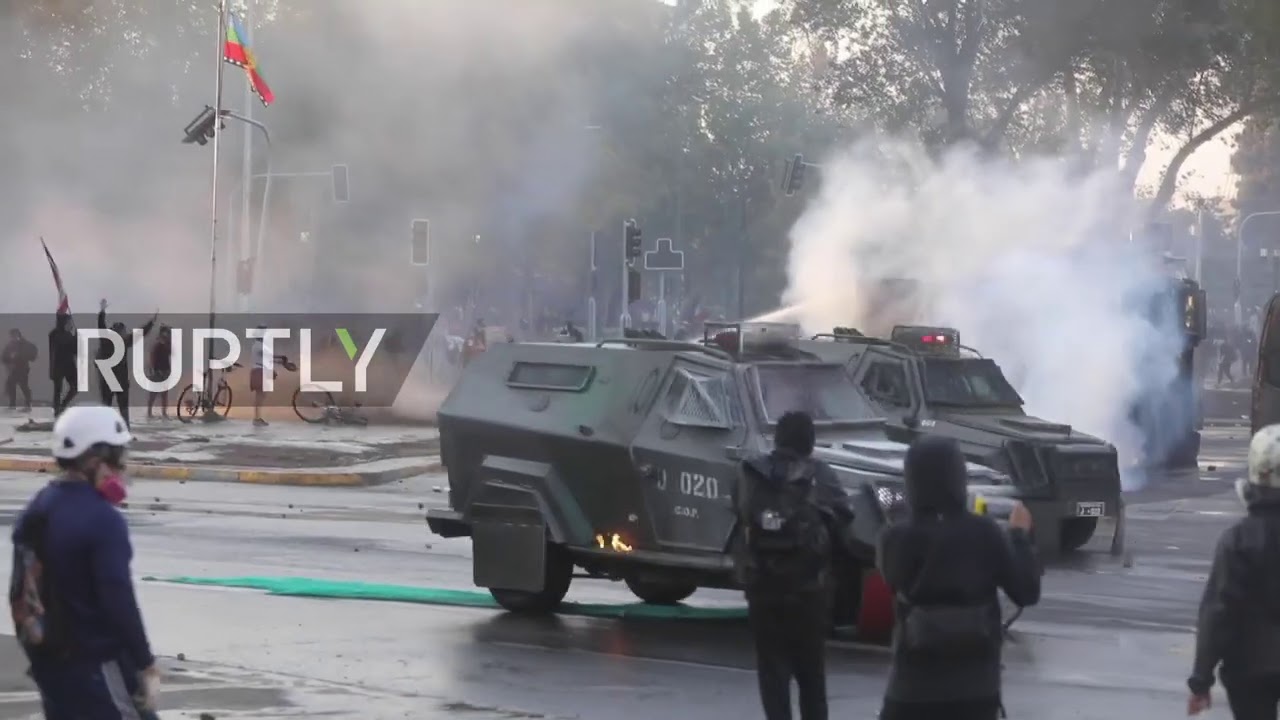 The old opposition parties -Radical: 133 years; Communist: 99; Socialist: 88; Christian Democrat: 64; etc.-, hardened in a thousand entanglements, should be more astute -and resolute in the convictions they claim to have-. However, the center-left behaves like the candid Little Red Riding Hood in Perrault’s fairy tale, confusing the wolf with her grandmother, asking silly questions, settling for cynical answers and ending up in the belly of the beast.

This is what is happening with the Constitutional Convention. The “opposition” (except the Communist and Humanist parties) mistook the wolf for the granny. On November 15, 2019, it signed the Agreement for Social Peace and the New Constitution, which is an act of its own demise. The skilled “opposition” politicians cannot claim that they did not see the fangs, the bleary eyes and the huge ears of the ferocious wolf that morning. The experienced leaders of the PS, PR, PPD and DC, skilled in a thousand electoral tricks, however, were not duped. They consented to drop their pants in order to preserve the essence of an economic-social system that assures them a long life. The same must be said of the Frente Amplio, that pale youthful promise that died of early systemic tuberculosis. Its parties Liberal, Democratic Revolution, Comunes and the deputy Gabriel Boric, in his personal capacity because Convergencia Social refused at the last moment, were conscious accomplices of the Act of Betrayal. In the same wanderings, weaving the maneuver to circumvent the demands of the people, were the deputies of the RD, Giorgio Jackson and Miguel Crispi, who that night made good friends with Senator Ena von Baer and Deputy Juan Antonio Coloma, of the UDI. Even the name Constituent Assembly was vetoed by RN, which effortlessly imposed the more neutral “Constitutional Convention”. By that time the “opposition” leaders had already accepted even the most dishonest impositions of the right wing. The worst one was the two-thirds quorum that leaves the popular sovereignty of the Constitutional Convention in interdiction.

That early morning a betrayal was consummated against the people who demanded a Constituent Assembly with all the powers to draft and plebiscite a new Constitution.

The “madrugonazo” of November 15 will be -and in fact, already is- a source of serious conflicts. The most dangerous ones are already looming on the political and social horizon. The blow to the democratic expectations of the people is even more evident if one considers that only three days before, 14 “opposition” parties -led by the RD- had signed a harsh declaration demanding a Constituent Assembly with all the provisions of the law. They stated that this demand was the “most democratic mechanism to guarantee a broad popular participation” (sic). Seventy-two hours later, however, they did the usual ram’s turn of parties without ideology or links with the forces of change. The “opposition” majority capitulated dishonorably to the right wing which intimidated them with the threat of the collapse of the rule of law and an eventual military coup.

For the benefit of Little Red Riding Hood, it should be noted that most of the “opposition” parties have no organic or ideological consistency. They are organizations on the verge of extinction. They subsist thanks to State subsidies that exceed 20 billion pesos per year. This without taking into account the handouts from large companies such as SQM, Corpesca, Penta, etc. To this we have to add the pitsutos that derive from the parliamentary benches, which allows to hire “advisors” to finance hundreds of officials, institutes for the formation of cadres, opinion polls, etc.

The structural weakness of the parties -which goes hand in hand with their loss of prestige- was accentuated in 2017 with the re-registration of their militancy. Until then, the recruitment process was a selective process in which the candidate had to pass several stages, starting as a sympathizer, then as an aspirant and finally, if he/she passed all the tests, he/she could become a militant. But the 2017 re-registration adopted the modalities of neoliberalism: the parties took to the streets to seek express militant signatures. Almost all of them were inflated reaching figures close to 50 thousand affiliates. But it was only a mirage, a swelling fruit of recruitment through marketing methods.

The rebellion of October 18, 2019 produced the resignation of many of those fleeting militants. In January 2020 the Electoral Service reported thousands of resignations in the “opposition” parties. Among the most affected: RD and PS. There is every reason to suppose that this hemorrhage continues to bleed the political system which is based -for power sharing purposes- on the existence of this type of organizations of insatiable bureaucratic appetite and bureaucratic ideology. The parties of the system, controlled by self-reproducing oligarchies, administer the electoral processes and their “disputes” seek to maintain the fiction of democracy.

The demagogic and treacherous behavior of the “opposition” parties must receive the punishment they deserve on April 11. Votes are the umbilical cord that allows them to receive nourishment from the system. It is the solar plexus of the neoliberal parties. It is there, therefore, where they must be hit hard, without hesitation.

The fate of democracy will be at stake on April 11. This time it is up to the people to decide its destiny by writing with their hand the first democratic Constitution in the history of Chile.