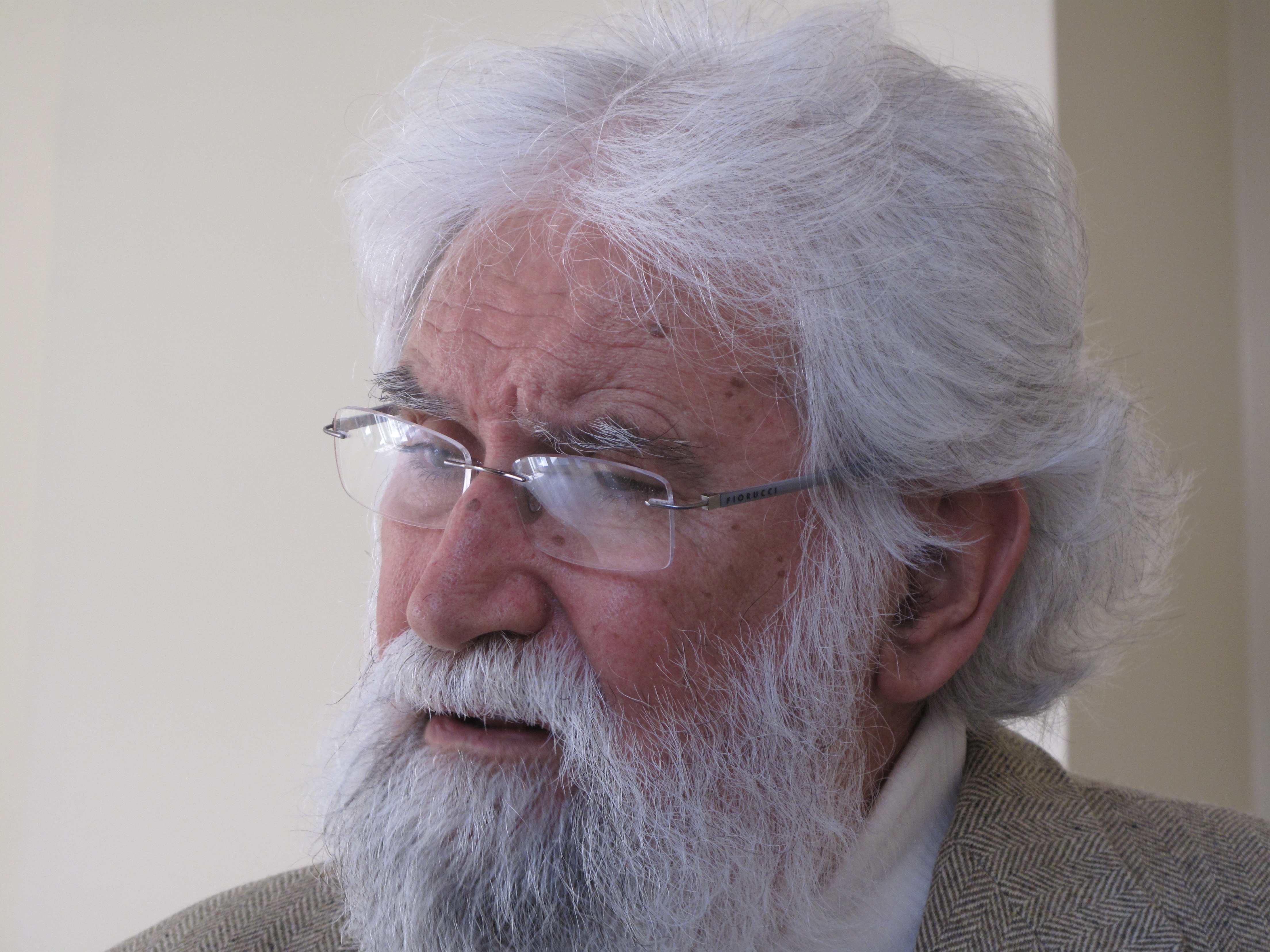 The signals emitted by planetary society are worrying. “We are in the midst of a fundamental crisis, entering an era of barbarism, where essential rights vanish,” reflects Leonardo Boff. Social activist, co-initiator of Liberation Theology, one of the promoters of the Earth Charter in 2000, alternative Nobel Prize in 2001, Boff synthesizes the most varied facets of a man of reflection and action. Bringing to this reflection the imprint of the human rights defender, one of the most distinctive in his native Brazil, although less known abroad. This exclusive interview was conducted 40 years after the birth of the Center for the Defense of Human Rights in Petrópolis, in the State of Rio de Janeiro, which Boff helped to found in 1979 and of which he is still the president today.

Question: The Center for the Defense of Human Rights in Petrópolis (CDDH) was born during the last Brazilian dictatorship. What did it mean then, concretely, to defend the essential rights of Brazilians?

Leonardo Boff: It was born as a response to the systematic aggression against human rights on the part of the military dictatorship, which regarded all opponents as subversives. At that time, the struggle for democracy was essential, since it was an essential demand, prohibited by the military. However, from the beginning, our motto was “To serve life”. It expressed the desire to go beyond a merely juridical vision of rights, placing endangered life at the centre. This Centre was essential in the city of Petrópolis, where I still live, which, given its mountainous topography, was the scene of continuous landslides that caused numerous casualties. The CDDH helped many people – with the cooperation of everyone – to rebuild their homes or make new ones. At that time, we were already thinking of life as an integral concept, including the life of nature. From the beginning, the struggles focused on defending the rights of the poorest people living in the peripheries. We began by creating awareness of their rights in such a way that they could be protagonists of their own struggles.

Q: In other words, the defence of human rights from the perspective and centrality of marginalized social actors…

LB: Indeed. In these years there was an intense task of awareness and education on rights, always, I insist, in the perspective of the poor. It was clear to us that the first right is to life and means of subsistence. Then, the others, such as those of expression, of citizenship, etc. Always with the concern of creating communities, in which the poor could discuss their problems and with our support, seek viable solutions themselves. As the city of Petrópolis is politically and socially very conservative – where Emperor Peter II once lived and from which its name derives – there were almost no organizations committed to social justice. With meetings and courses on social rights, we were able to promote a liberating vision that was more critical of the prevailing system. We have always prioritized working with young people.

Q: Could you give us an example of one of the emblematic projects?

LB: For me the most significant project was what we called “Bread and Beauty”. The basic food of about 300 people living on the street was guaranteed. They could arrive, take showers, have clean clothes – collected thanks to donations – and have an abundant and very good meal. Then, in the afternoon, it was time for beauty. It consisted of rescuing their identity, starting with the use of their names, since the great majority only had nicknames. They were supported in maintaining their health; many became literate; their testimonies were socialized; cultural activities were shared; and, if possible, we tried to offer them work to promote their autonomy.

Bolsonaro took advantage of the weaknesses of the PT

Q: Forty years later, Brazil is living again a complex and uncertain reality, even from the perspective of the defense of human rights. How do you analyze the victory of Jair Bolsonaro today, almost a year later, when he even vindicates the Brazilian military dictatorship? What failed in popular pedagogy to facilitate this historic stumbling block?

LB: It’s a very complicated question. We must begin by analyzing the fact that the dominant oligarchies have never accepted that a child of poverty, a survivor of hunger, would become president. Those power groups only tolerated Lula as long as he respected their mechanisms of accumulation, which has always been among the highest and most concentrated in the world. Lula, for his part, during the years of government of the Workers’ Party (PT), managed to lift nearly 40 million people out of poverty. He implemented social programs like “Mi casa, mi vida” (My house, my life), which ensured millions of people a decent home, or “Luz para todos” (Light for all), which illuminated even the farthest corners of the country. It also allowed impoverished black youth to pursue studies, including university studies. However, there was a strategic problem for the PT to negotiate alliances in parliament – where it was a minority – with parties without any social sensitivity. And he lost some contact with the popular bases that had led Lula to the government. There was also corruption that contaminated important members of Lula’s team and his successor Dilma Rousseff. They were made the scapegoat for corruption when, in reality, the PT ranked only tenth among corrupt Brazilian political parties.

It must also be added to the analysis that, in recent years, in many parts of the world, the right has gained strength, especially from the explicit support of U.S. President Donald Trump.

In Brazil, all these elements promoted an anti-PT atmosphere. And the United States itself promoted a strategy that implemented judges, parliamentarians and police, to attack the State accusing it of being inefficient and disqualifying popular leaders like Lula. They even sent him to prison through an entirely irregular legal procedure, condemned for “an indeterminate action”, an element that does not exist in any penal code in the world. Lula was a political prisoner. Millions of fake news reports were broadcast during the electoral campaign, so that Brazil was contaminated by a wave of hatred, rage and social disintegration. And in that context, the simplistic slogan was “we must change”, opening the door to Jair Bolsonaro.

Q: With an elitist economic program, but with populist promises…

LB: Indeed. A former soldier, supported by the major power groups. From the extreme right, without any education, always seeking confrontation, praising the torturers of yesteryear and the military dictatorships of Brazil, Chile and Paraguay. Confronting with offensive words the German Chancellor Angela Merkel or the French President Emmanuel Macron and the candidates of the Frente de Todos of Argentina. Relying on neo-Pentecostal churches and their massive television broadcasts that manipulate millions of people with every kind of false and distorting messages. Bolsonaro burst into this atmosphere, and is dismantling all the social inclusion programs of the Lula and Dilma governments and taking away the essential rights of the workers. There is a lot of despair in the country. There are even analysts who think that he will not finish his mandate because the oligarchies that supported him no longer believe in him or in the extremely neoliberal type of economy, without any growth and restricting productive investments.

Q: On the level of human rights: what does the Bolsonaro government represent?

LB: It is explicitly homophobic, against LGBT people, against blacks and indigenous people. It has a vulgar style of communication, “a la Trump,” via the Internet, and by acting in an authoritarian way in violation of the constitution. We live with the reality of a post-democratic society without laws. Because it defends torture, access of the population to firearms, violence has increased considerably in the country. Last year alone, more than 65,000 murders were recorded.

Q: What are the priorities for human rights defenders and social organizations?

LB: At this juncture, the struggle is for the defense of the essential rights of the workers, of the subjugated minorities and of the poorest, of whom Bolsonaro never speaks and whom he despises. As for human rights, we are returning to the time of the military dictatorship, when it was a question of saving the lives of kidnapped and tortured people… Now, the wave of violence is animated by a president who, as a candidate, praised repression and torture. Those who use violence, particularly against the poor and black, feel supported by the country’s highest authority. Bolsonaro lives with a paranoia that leads him to see in any opposition the presence of a “communist” and that causes him to feel like the victim of a worldwide conspiracy. He has stimulated the deforestation of the Amazon, completely open to the mining companies of the USA and China and promotes a clearly anti-indigenous vision. The massive fires in vast Amazonian territories have presidential approval, which is causing a huge national and international scandal.

Q: Is it time again to defend human rights in their most traditional sense?

LB: In the previous stage, very diverse grassroots actors had made great progress in conceptualizing and promoting social rights, the rights of nature and Mother Earth. I feel that these issues have now lost centrality. Today it is a question of safeguarding deeply affected basic human rights. However, the reflection on the rights of nature remains open, especially that which was given prior to the Synod for the Amazon. Brazil can make a significant contribution to the planet as a whole through its forests and large rivers that serve as CO2 absorption filters.

“Human beings who do not recognize others as human.”

Q: The nationalist withdrawal promoted by the Brazilian government coincides with xenophobic projects and with the anti-immigrant walls that are being reinforced in other regions of the world, whether in Europe or in the United States of America …

LB: I feel that we are in the midst of a fundamental crisis of civilization and entering an era of barbarism. Where solidarity between human beings is weakened and ears deaf to the cries of nature and the Earth are increasing. We are realizing that we have no solutions to the problems we ourselves have created. In truth, we have turned the Garden of Eden into a slaughterhouse and the human being instead of being its caretaker becomes the Satan of the Earth. When a globalized civilization such as ours fails to include everyone, it indicates that it is in agony and on its way to an unprecedented ecological-social disaster. We live in a humanitarian emergency, in which human beings do not recognize others as human. I am referring to beings who deserve respect and affirmation of their rights. Denial of these rights constitutes a kind of death sentence. Indeed, many die every day either in the waters of the Mediterranean, trying to reach Europe, or on Latin American trails to the United States.