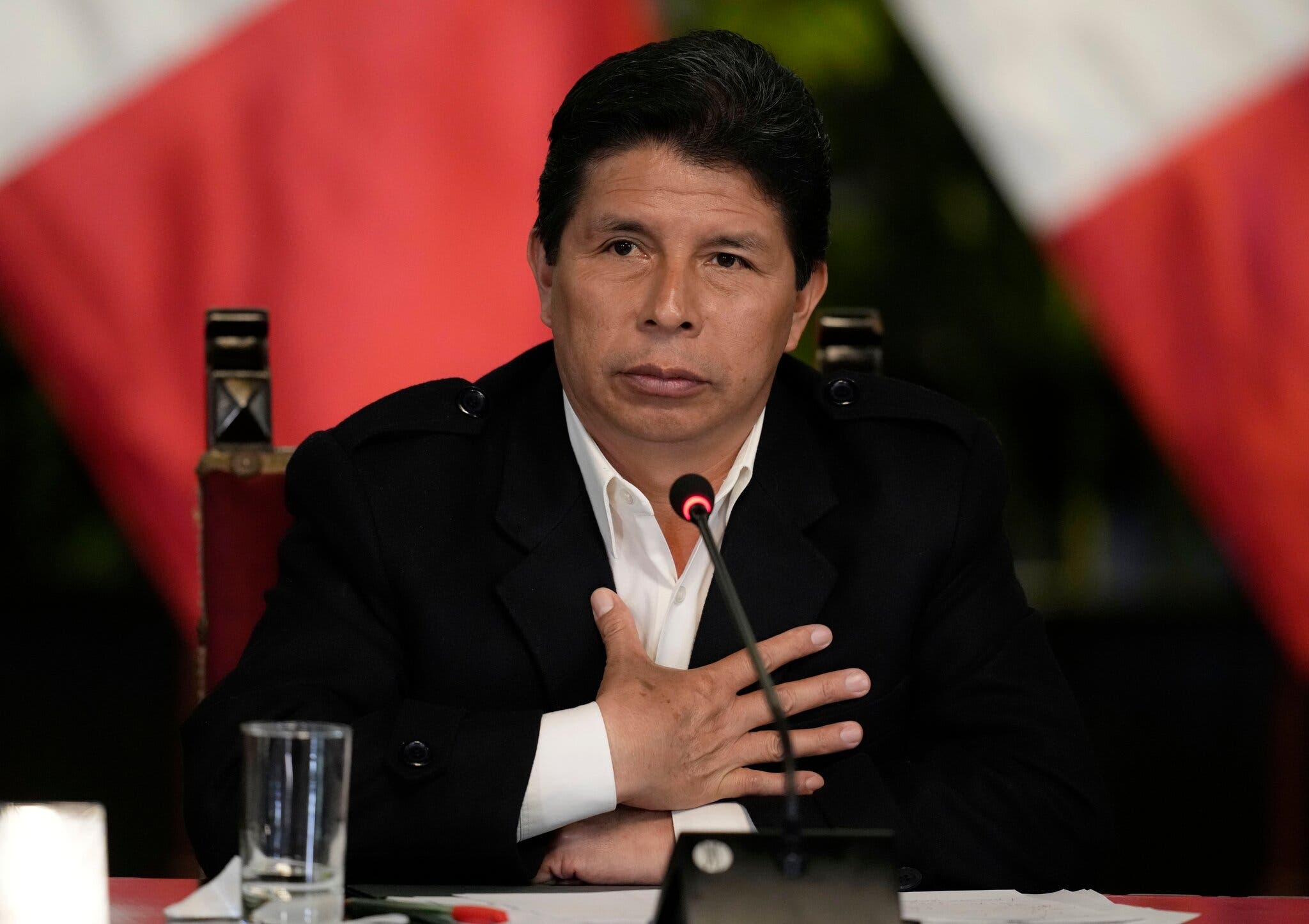 The President of Peru, Pedro Castillo, has been arrested and is being held in the police station located on Avenida España in the city of Lima. This is following a vote by the majority right-wing congress to oust him in a legislative coup. The Military and the Police have declared their support for the congress, according to La Republica.

BREAKING: Vice President Dina Boluarte is sworn in as President of Peru following the legislative coup against Pedro Castillo. pic.twitter.com/D9dKCgBpTk

The OAS Permanent Council held an emergency meeting on the situation in Peru as Dina Boluarte was being sworn in by the Congress. pic.twitter.com/EpQAJbu1rU

At today's OAS Permanent Council session on the situation in Peru, Bolivia's representative remarked on the constant attempts to destabilize and overthrow governments brought into power by the most humble sectors. pic.twitter.com/WQwrDlwhF7

On Wednesday, President Pedro Castillo decreed the temporary dissolution of Congress and established an “Emergency Government” that will rule Peru in the coming months while the judiciary and electoral powers are restructured.

This came just hours before Peruvian lawmakers were expected to debate a new impeachment motion against him, which could have immediately removed him from the country’s presidency.

His decision also includes the call for new parliamentary elections whose purpose would be to generate the conditions for the drafting of a new constitution for Peru. The call for elections will take place within a period of no more than nine months, according to Castillo.

The Peruvian president also established a nation-wide curfew as of December 7, which will be in effect from 10:00 p.m. to 4:00 a.m.

All these decisions prompted the rejection of political parties, including Free Peru, the party that sponsored Castillo’s presidential candidacy in 2021.

Previously, however, Free Peru president Vladimir Cerron announced that his party would not support the impeachment process because he considered it a sneaky way to break with the democratic order.