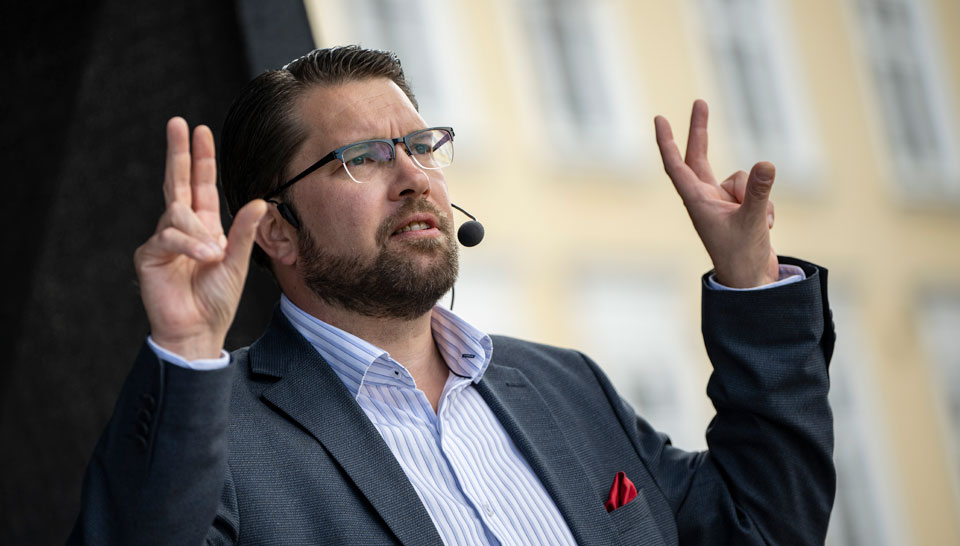 Sweden Democrats’ party leader Jimmie Åkesson will be in a position to extract major concessions from the new right-wing government. His SD party’s roots are in the violent neo-Nazi extremist movements of the 1980s, and anti-immigrant ideology remains at the core of its program. | Johan Nilsson / TT News Agency via AP

Sweden’s Social Democratic leader Magdalena Andersson handed in her resignation as prime minister after a right-wing bloc won a narrow majority in parliament.

Andersson met with Riksdag speaker Andreas Norlen to formally give up her role but will continue in a caretaker capacity until a new government is formed.

On Wednesday, once 99.9% of votes had been counted, Sweden Democrats (SD) leader Jimmie Akesson declared victory for the four-party right-wing bloc which includes his nationalist, anti-immigration party.

Final results showed that the right bloc won 49.6% of votes, while the left bloc led by the Social Democrats secured 48.9%. The small edge is expected to translate into a two- or three-seat majority for the right.

While the Sweden Democrats won the most votes among the four right parties, it is not considered likely to lead the next government alone. Observers believe that the center-right coalition of Moderates, Christian Democrats, and Liberals will have a chance at forming government. All of those parties claim they will not allow any SD members of parliament to sit in the cabinet.

The SD was founded in the 1980s by neo-Nazis and violent far-right extremists, and while it has said it has “moved to the mainstream” in recent years, public and parliamentary concerns remain on their views.

The party is stringently anti-immigrant and says its mission is the defense of Swedish “traditions and culture.” It has signaled that Muslim immigrants and others can never become Swedish. 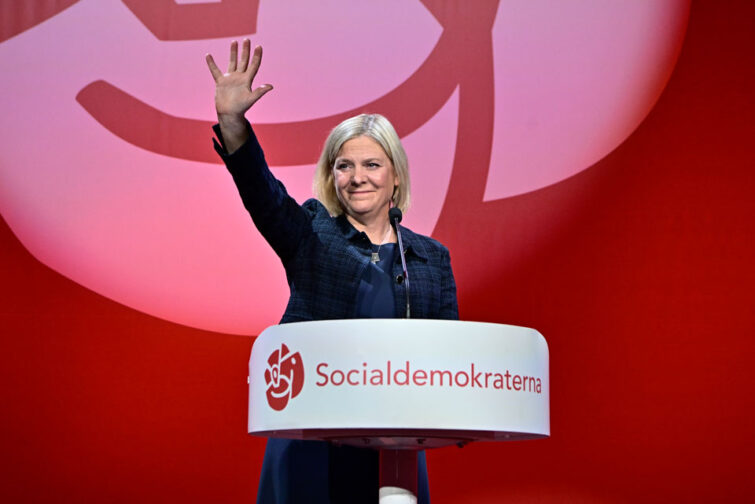 Sweden’s Prime Minister and Social Democratic Party leader Magdalena Andersson has resigned her position. Polls projected that Sweden’s ruling left-wing Social Democrats won the most votes of any single party in the general election Sunday, but a right-wing bloc of parties narrowly edged the Social Democrats out of the majority. | Jonas Ekströmer / TT News Agency via AP

Despite its culturally homogenous reputation in the past, Sweden is now one of Europe’s most ethnically mixed nations. In the 1990s, it began allowing large-scale asylum-based immigration, a trend that sped up following the Arab Spring protests.

For many years, the SD was the only major party that stood opposed to immigration, which it blames for recent rises in gun violence and other crimes. The SD pinpoints second-generation immigrant youth in the city as the perpetrators of what it sees as the country’s decline.

Though Andersson’s Social Democrats remain the country’s biggest party, the SD is now number two, taking 20% of the vote. That puts it in a strong position to extract concessions from the other right-wing parties.

Reporters Without Borders (RSF) has warned of potential physical and political attacks after the SD blocked access of journalists to their election night party, including those from BBC World and left-leaning publications.

SD chief of staff Linus Bylund also threatened to play “journalist rugby,” meaning he plans to push reporters around, once in power.

In an interview in September, Bylund threatened that “now we will do the opposite [of dancing to journalists’ tune] and we will decide when we want to speak to the media about different things.”

Tuesday evening, the head of the Swedish Committee Against Anti-Semitism gave an interview to the country’s main public television news magazine in which he expressed concern that the election outcome could embolden racists and accused the SD of being ambiguous on the question of whether or not Jews are Swedes. 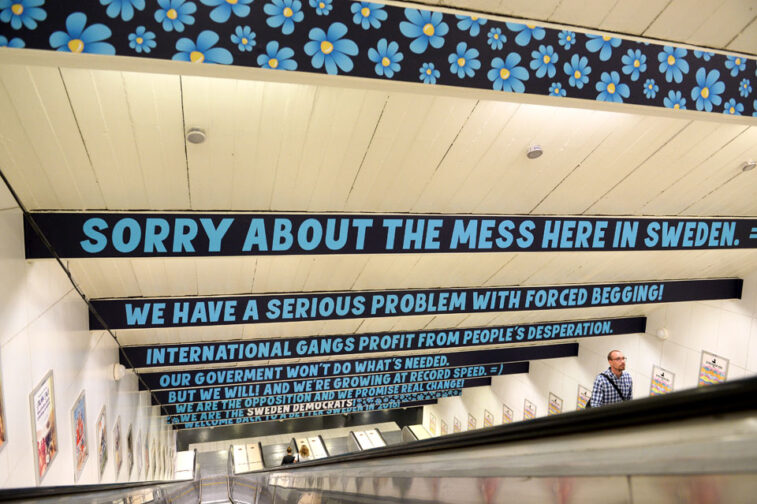 Banners reading ‘Sorry about the mess here in Sweden,’ in a Stockholm subway station. The poster campaign by the anti-immigrant Sweden Democrats are directed to tourists visiting the Swedish capital and apologize for ‘the mess’ in Sweden, saying the country has a problem with ‘forced begging’ organized by ‘international gangs.”‘| Bertil Ericson / TT News Agency via AP

In response, Björn Söder, former SD party secretary accused the television network airing the interview of being biased and denounced the interview as “propaganda.” He declared SD’s intention to make sure that the public broadcasting service is “fundamentally reformed.”

RSF Sweden President Erik Halkjaer said: “It is extremely worrying that a representative of the SD publicly encourages to ‘push around’ journalists whose work is to hold politicians accountable and report in the public interest.

“Politicians should create favorable conditions for journalism, not undermine them.”

This article features content from a report by Ceren Sagir in Morning Star, along with additional information from international news sources.