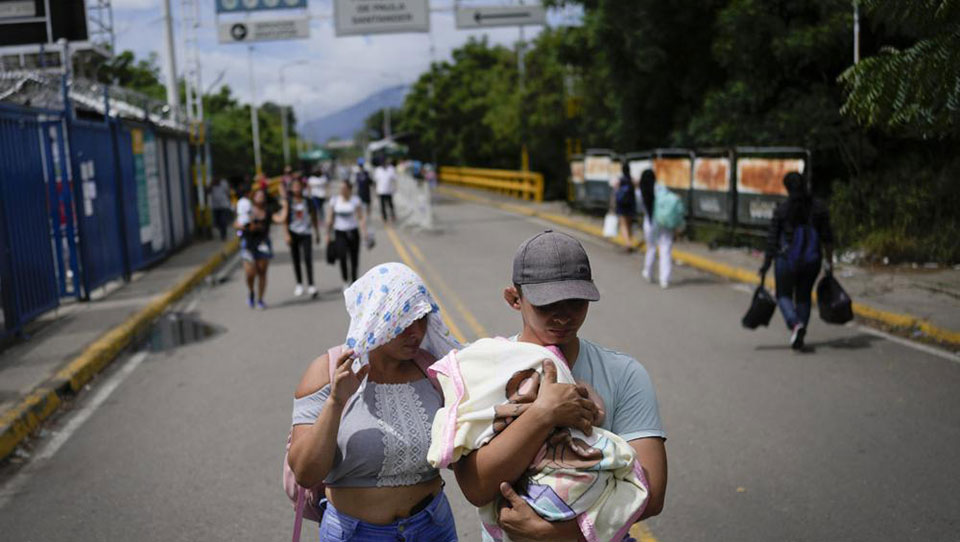 Colombia’s new president Gustavo Petro wants peace. Colombia’s military, the largest in Latin America, except for that of Brazil, stands in the way.

The military in Colombia benefits from U.S. largesse which it receives in exchange for attending to U.S. needs. It is the military’s intelligence branch which is behind a concerted push against peace and reconciliation.

The U.S. government, militarily involved in Colombia for decades is likewise an obstacle to peace in the region. As explained recently by analyst Hernando Calvo Ospina, military cooperation has been central to the U.S.-Colombian alliance.

He details how, since World War II, the United States has partnered with Colombia in dominating the entire region to maintain access to strategic resources, exclude Communism, and suppress left-wing movements. Ospina mentions Colombian-U.S. drug-war operations and the two countries’ addiction to military and ruling-class power. This is the setting for the intelligence operations described below.

Colombian intelligence operations serve U.S. imperialist objectives as they target both Cuba and Venezuela. Colombian governing authorities appear to have forgotten the legacy of independence hero Simón Bolívar who, up against Spanish rule and U.S. pretensions, fought for Latin American unity.

Bolivar remarked In 1829, “The United States appears to be destined by Providence to plague America with misery in the name of liberty.” He was denouncing unencumbered U.S. license to control Latin America, as proclaimed in the Monroe Doctrine of 1823 and still in force.

Trump-era national security advisor John Bolton recently boasted he had planned coups to unseat the Maduro government in Venezuela. Current White House advisor on Western Hemisphere affairs, Juan González, took a different tack while speaking in Colombia in August: “Forty years ago the United States would have done everything possible to avoid the election of Gustavo Petro and, once elected would have done everything possible to sabotage his policies.” Now, says González, the United States wants to collaborate and “navigate that change.”

Meanwhile, Petro wants young people to choose social service and not do military service. His government will be negotiating peace with National Liberation Army (ELN) guerrillas.

He rejects the U.S.-promoted drug war and has re-established diplomatic relations with Venezuela, the object of a U.S. hybrid war. On August 12, Petro named new military chiefs and replaced 40 generals and admirals because of corruption and human rights violations.

This report turns to Colombian military intelligence. The Revista Raya website, directed by Edinson Bolaños, recently published three articles on Colombian intelligence operations that began in 2016 and continued for almost six years. (See the end note for possible translations in English of “raya.”)

Agents posing as journalists or photographers mapped routes to facilities used by diplomats. They photographed the interiors of the Cuban embassy, consulates, and diplomats’ quarters, and also diplomats’ automobiles and license plates. They monitored diplomats’ encounters with Colombian activists and politicians. Operatives gained access to phones, computers, and online communications.

They were able to alter the text of the Cubans’ email communications. Colombian intelligence operatives communicated their findings with U.S. counterparts. U.S. documents with responses and commentary show up in the files.

Operatives attended solidarity gatherings in Colombia and farther afield – at a Sao Paolo Forum of leftist political parties, for example. At these venues, they identified attendees, monitored conversations, gained access to email communications, and informed intelligence agencies in home countries of their citizens’ participation in leftist or pro-Cuba activities. They spied on solidarity gatherings at the Julio Antonio Mella International Camp near Havana.

One purpose for the phone monitoring, according to Revista Raya, was to unearth or install material suggesting that Cuban operatives were promoting the protest demonstrations that rocked Colombia in 2019 and later, and contributed to the election of President Petro. The intelligence units also sought to connect Cuba’s government with leftist insurgents in Colombia, particularly the National Liberation Army (ELN).

According to documents in the report, agents “sewed” information in the computers of ELN guerrilla leaders suggesting the “complicity of Cuba’s government with the ELN in manufacturing the violence associated with the social protests.” Nothing appeared in the files indicating that Cuba’s government actually did promote anti-government activities, according to Revista Raya.

Agents planted “evidence” of alleged terrorism undertaken by ELN guerrilla leader Andrés Vanegas Londoño, alias “Uriel,” and sent it to Colombian prosecutors and to Interpol. They communicated his location in the Choco department. Uriel died in a bombardment of his camp 20 days later, on October 25, 2020.

Encouraged by its U.S. partner, Colombia’s government has long taken steps to destabilize Venezuelan society and government operations, and more so recently. Secret operations have taken place in Venezuela’s border region with Colombia. Colombian narco-traffickers are active there, and also Colombian paramilitaries. A small U.S.-Colombian force, Operation Gideon, carried out a maritime invasion of Venezuela in 2020.

Colombia’s intelligence service secreted 28 spies within various branches of Venezuela’s military. As part of so-called “Operation Vengeance,” operatives “tried to encourage the Venezuelan Army to carry out military operations against the ELN,” whose detachments were active in Venezuelan territory. They created hostile pamphlets and audio recordings and attributed them to the ELN. The spies “totally infiltrated” the communications of a Venezuelan press attaché in Bogota and monitored his contacts with prominent Colombian politicians of the left. Colombian officials later expelled him.

Under “Operation Sunset,” they “monitored her contacts with leftist social leaders in the region and her “sentimental relationship” with the “military attaché of a Caribbean country.” They were blackmailed and the latter provided a list of “cooperating” contacts.

Spying ceased after February 23, 2019, when The Maduro government broke relations with Colombia. The spies had monitored Venezuelan diplomats’ communications about the safety of money and sensitive documents lodged in an Embassy strong box. After the Venezuelans had departed, spies entered the building, took photographs, opened the strong box, and stole documents and money.

An enormous cache of documents cited

The targeted individuals included “political, social, and union leaders and also diplomats and officials of the Cuban and Venezuelan governments.” Intelligence agents descended on them when they attended “commemorations and political events relating to socialist countries,” or “peaceful mobilizations and … political events in Colombia.”

This last article in the series identifies the chief of Navy Intelligence as the individual primarily responsible for the illegal spying.

Rear Admiral Norman Iván Cabrera Martínez heads that agency now. He served as naval attaché at the Colombian Embassy in Washington and the U.S government awarded him a Meritorious Service Medal. Cabrera Martínez assumed his post on August 27, 2022.

Colombian Communist Party secretary general Jaime Caycedo, the object of spying, commented to Revista Raya: “We … think this is a violation flagrant of our rights and constitutional liberties …[We] attach great importance to the journalistic work you are doing. You showed how we fell into their hands. You explained how public resources and public entities were used to maltreat citizens with this illegal profiling and to spy on diplomats of friendly countries with diplomatic relations.”

Note: The meaning in English of “raya,” as used in the website’s name, is mysterious here. We opt for “line-by-line review.” “Raya” may signify a victim or despised person in that a “tienda de raya” in Mexico was a store operated by a company or hacienda relying on a laborer’s written line for a signature. A possibility from Colombia is “detective.” Another commentator suggests “memorable happenings.”