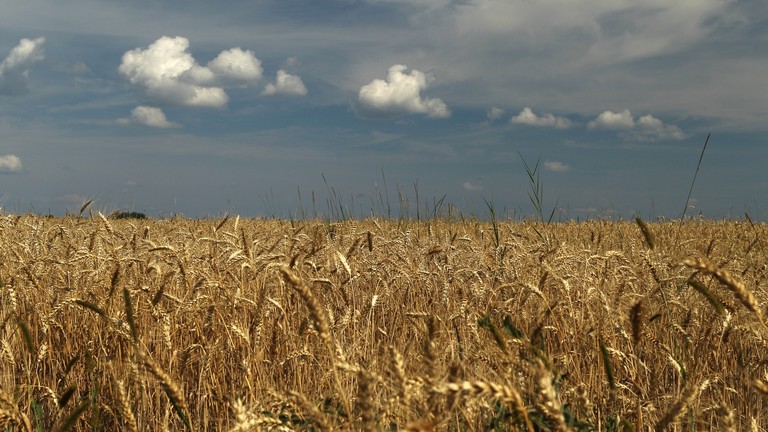 Moscow will also supply fertilizers to such countries free of charge, the Russian president said.

Russia is set to ramp up grain exports, seeking to supply some 30 million tons of grain, Russian President Vladimir Putin has said. The supplies will prioritize poor and food-insecure nations.

“We believe it to be right to ramp up deliveries to the poorest countries,” Putin said during a meeting of the Security Council on Friday.

“In total, by the end of this year, we will supply some 30 million tons of grain and are ready to increase this volume to 50 million tons or more, because, thank god, we have a good harvest this year,” he added.

Moscow is also ready to supply fertilizers to the poorest nations free of charge, the Russian president said. “Our producers – if I remember correctly, we’re talking about potash fertilizers – are ready to deliver them free of charge to developing nations that urgently need them,” Putin said, instructing the Russian Foreign Ministry to work on the plan.

The president also touched upon the UN-brokered grain deal with Ukraine, reiterating his allegations that the goods have primarily been exported to the EU rather than the developing countries in Africa that need the food supply the most.

“Of the 87 ships that left the Ukrainian ports with grain, 32 remained in Turkey. And I think that this is absolutely natural, because Turkey, the host country of this entire process, certainly has the right to do that,” Putin said.

Another 30 vessels were sent to EU nations, while only two ships went to “the poorest countries for UN food programs,” namely to Yemen and Djibouti, Putin said. The vessels only carried around 60,000 tons of grain on board, constituting only around 3% of grain exported by Ukraine under the deal.

💬 #Russia will continue commercial supplies of food and fertilizers to the countries in need of such
products.

Ukrainian grain going to EU instead of Africa 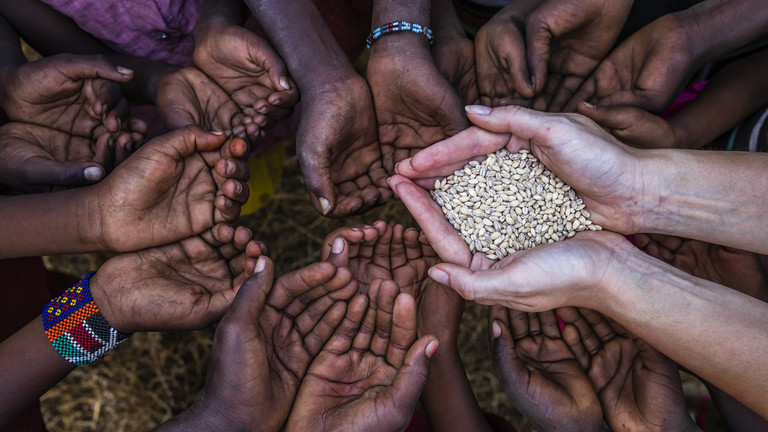 Russian President Vladimir Putin has accused the West of deceiving poor nations with the grain deal.

At least 38% of the grain exported from Ukraine under the UN-brokered deal is shipped to the EU instead of the developing countries in Africa for which it was intended, Spain’s El Pais newspaper reported on Thursday, citing UN data and ship tracking figures.

According to the report, more than 2.3 million tons of corn, wheat, barley and other agricultural products were exported through the Black Sea corridor from Ukraine between August 1 and September 7. Of this total, about 900,000 tons were sent to the ports of EU member states. The report notes that it is impossible to trace from the available data whether the EU is the final destination of the shipments or a transit point.

On July 22, multilateral agreements were signed in Istanbul establishing the framework of exports of Ukrainian grain, food, and fertilizers via the Black Sea. The agreements also lifted restrictions on Russian grain and fertilizer exports. However, according to Russia’s permanent representative to the UN, Vassily Nebenzia, the part of the food deal that concerns the export of Russian products has not been implemented, which could lead to the termination of the deal by Moscow.

Speaking at a plenary session of the Eastern Economic Forum on Wednesday, Russian President Vladimir Putin accused Western nations of lying when they claimed Ukraine needed access to sea shipping to alleviate surging food prices and the risk of famine in poor countries, as a lion’s share of the grain is being exported to Western states. In his remark earlier on Thursday, Turkish President Recep Tayyip Erdogan sided with the Russian leader, saying that Ukrainian grain is “unfortunately” going mostly to rich countries.