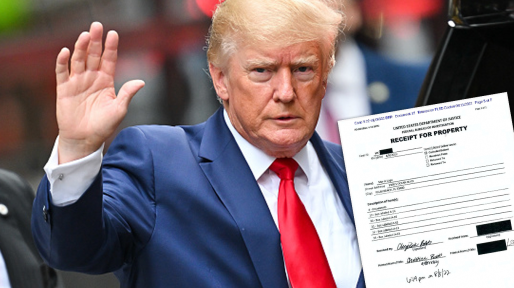 Why would Black people laud the FBI or criticize protection against self-incrimination? The FBI search of Donald Trump’s home has reawakened Trump Derangement Syndrome.

Progressives love the FBI? Leftists embrace the Espionage Act? Of course, one man is responsible for this madness, and he is none other than Donald J. Trump, 45th president of the United States. The fallout from the FBI search conducted at Trump’s home shows the rank confusion spread by people who call themselves liberal but who are as dangerous as anyone on the right. From the moment that Trump announced the raid they were in full fascist mode, even as they claimed to be fighting fascism.

Trump did what he usually does, play fast and loose with the truth. Of all former presidents only he would ignore subpoenas and claim to have declassified documents when he hadn’t done so. He can’t get out of his own way and thus makes himself a target. But Democrats should know that the search is seen as nothing more than a personal attack against him. Millions of people who love Trump will love him all the more and conclude that the raid was meant to keep him from running for president again. Liberal dead-enders will be happy, but everyone else will say that something rotten was conducted at Mar a Lago.

Attorney General Merrick Garland says that the documents were subpoenaed but the former president didn’t respond. The FBI search warrant states that the search encompassed three different issues: gathering, transmitting or losing defense information, which is part of the Espionage Act; concealment, removal, or mutilation concerning the handling of records and reports; and the destruction, alteration, or falsification of records in Federal investigations and bankruptcy, which is part of a section dealing with obstruction of justice. The warrant also states a search for information on Roger Stone and on the President of France.

Aside from the item descriptions, no one knows what Trump had or what the FBI found. Leaks from the Justice Department indicate something about nuclear weapons, but no one knows what that means. The lack of information hasn’t stopped the speculation which Trump always causes. There is conjecture that he was selling information to Russia or to Saudi Arabia or was plotting some other treason. There are even claims that documents were buried with his recently deceased ex-wife. It is fascinating that there can be so much guesswork about issues no one can know.

The years long Russiagate investigation is responsible for ordinarily sensible people losing their minds. Hardly anyone recalls that the charge of collusion was actually disproven, that Robert Mueller only indicted for process crimes, such as those which occur when people let down their guard and talk to the FBI. Most Americans who know the name Paul Manafort think he was a Russian spy but don’t know that he went to jail for tax and bank fraud. Propaganda works very well when it is repeated over and over again.

Worse than the silly Trump inspired derangement is the way that those who call themselves left or progressive have chosen to defend federal law enforcement and bad legislation like the Espionage Act. The Espionage Act is a relic from the earliest days of the cold war, and Woodrow Wilson’s infamous Palmer Raids which targeted the left for persecution and prosecution. Barack Obama used it more than all previous presidents combined in order to prosecute journalists who published what the state didn’t want us to know. As for the FBI, its Counter Intelligence Program, COINTELPRO, created dissension in the liberation movement, targeted individuals for prosecution, spied on Martin Luther King and told him to commit suicide, and killed Fred Hampton and Mark Clark among others. The FBI continues to use informants to entrap Black people in phony terror cases.

It is truly shameful to see Black people exalt the FBI and act as if punishing Trump is the organizing principle of all political activity. The Trump organization is also under investigation by the New York Attorney and the former president refused to answer questions put to him in a deposition. The right to remain silent is one of the most important in American law and should be used a lot more often. But copaganda television shows and Trump hatred have caused their own form of insanity, and his exercise of a fundamental right was widely lampooned. No one should ever be condemned for utilizing their fifth amendment right, not even Donald Trump.

Of course, this spectacle is also used to deflect from Biden administration failures. His approval rating is still low, for the simple reason that he didn’t do what he claimed he would for American voters. He continues to pour public money into the losing effort in Ukraine and needlessly provokes Russia and China. But who is paying attention if there is speculation that Trump put files in Ivana’s casket?

It is time to nip this foolishness in the bud before it goes any further. Trump should not live rent free in our collective consciousness any longer. He cannot be allowed to distract from the current president’s actions or become a rallying point for politics which will inevitably be useless. No one has to follow Trump’s shenanigans any longer or allow the corporate media or the democratic party to make him their focus. Doing so only makes it harder to do the already hard work of recreating Black politics.

Margaret Kimberley is the author of Prejudential: Black America and the Presidents . Her work can also be found on Twitter  and Telegram . She also provides original work on Patreon . Ms. Kimberley can be reached via email at Margaret.Kimberley(at)BlackAgendaReport.com.