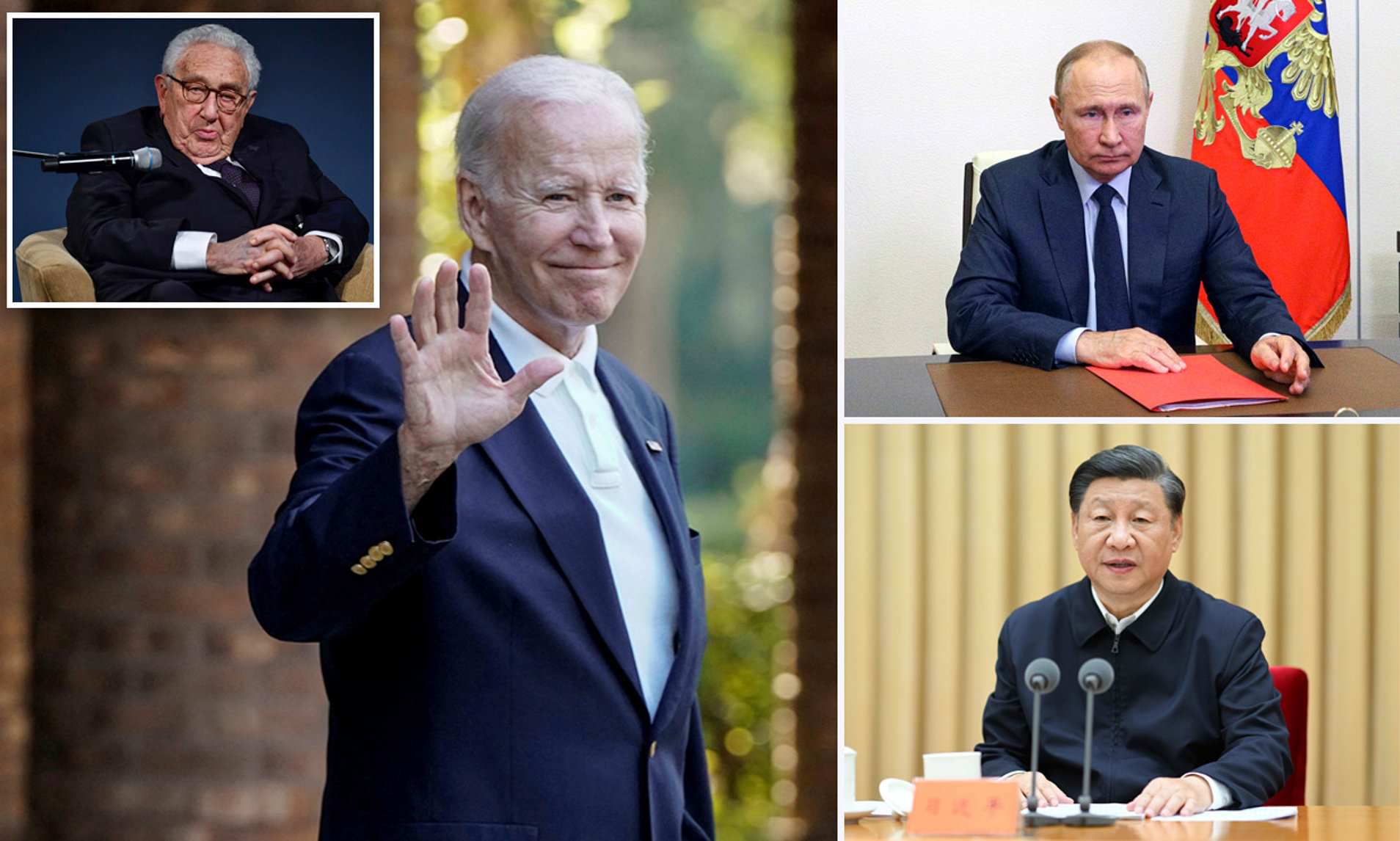 Henry Kissinger is not at all a statesman for whom one can feel admiration, given his bloodthirsty record, especially in Latin America, marked by the persecution and annihilation of the left, participation and organization of coups d’états and a long etcetera of actions against the peoples.

Nevertheless, objectively speaking, it cannot be denied that he is one of the politicians who knows perfectly well the relations between China and the West; Russia and the United States, being one of those many cases where the past makes us understand the present. It is widely known that Kissinger was National Security Advisor and later Secretary of State in the Nixon administration; he was the driving force behind the policy of rapprochement between the United States and China in the 1970s.

At that time China feared being surrounded by the Soviet Union, India and Japan. Beijing decided to apply an ancient strategy perhaps taken from the famous historical novel “Romance of the Three Kingdoms” by Luo Guanzhong, where a kingdom, by allying with one of the two competing kingdoms, manages to defeat the other. In this case, for Mao, the Chinese ruler at the time, the Soviet Union represented a greater concern than the distant United States; hence Beijing’s decision to establish a balance with Washington.

This point may be of interest in understanding Kissinger’s thinking and his emphasis on the importance of maintaining geopolitical balance as expressed in his latest controversial statements. In this sense, the former Secretary of State stated, “We are on the verge of a war with Russia and China over issues that we partially created, without any idea of how they will end or where they will take us”.  Although this prediction of one of the Republican gurus in the face of the possibility of a war of great dimensions causes fear at world level, the central issue continues to be the inability of US foreign policy to assume the changing world scenario after the end of the Cold War, which has been dragging on for decades and which is now becoming more evident.

Even the United States does not digest that we are in a reality where the American claims of “exporting democracy” have become outdated and misleading categories of thought, which almost no one believes, and which are now accompanied by a mantra of “defense of human rights” that few also support. Washington is one of the main violators of human rights, a propellant of coups d’états, invasions, etc. But all this finally leads us to affirm that the United States ultimately does not accept that the neoconservative precepts of a unipolar world have ended.

Lack of recognition and legitimacy

Kissinger asserts “the current U.S. leaders do not even have an idea of what balance is. First you have to recognize the legitimacy of the adversary. If you question this legitimacy by challenging his sovereignty, you will not achieve balance.” This lack of recognition and legitimacy led U.S. House Speaker Nancy Pelosi to question China’s sovereignty over Taiwan with an air of arrogance, and she continues to push the former Formosa to recognize its independence. Not to mention Washington’s race to create a bloc in Asia, in which it has found little acceptance among the other powers of the region, unwilling to support a policy that would deprive them of an indispensable trading partner such as China.

In the case of Russia, the United States has defiantly refused to recognize the legitimacy of the current Russian government, questioning its sovereignty rights in the post-Soviet space and the preservation of its security. In the Russia-Ukraine Conflict it is well known that Washington acts behind the scenes supplying Kiev with state-of-the-art weapon systems, covers up or even encourages Ukraine’s nuclear terrorism. These are all red lines openly crossed by the United States, with full knowledge and malice aforethought.

But in the case of who wins or loses between Moscow and Kiev, whether there are winners or losers, the United States will always be in a position of inevitable real confrontation with the Russian Federation, precisely because it has not respected the geopolitical balances; it should be added that Washington is leading its European NATO allies to a precipice in different areas that even go beyond an outbreak of war.

The old man Kissinger’s fears are real, as real as the disbanding of the Biden administration’s foreign policy, which is pushing the world to a point of no return in which a large part of the planet’s living beings could even disappear if powerful nuclear weapons are used. We can only hope that reason prevails.

Henry Kissinger’s Message on Ukraine at Davos: Is Charon Preparing to Retreat?