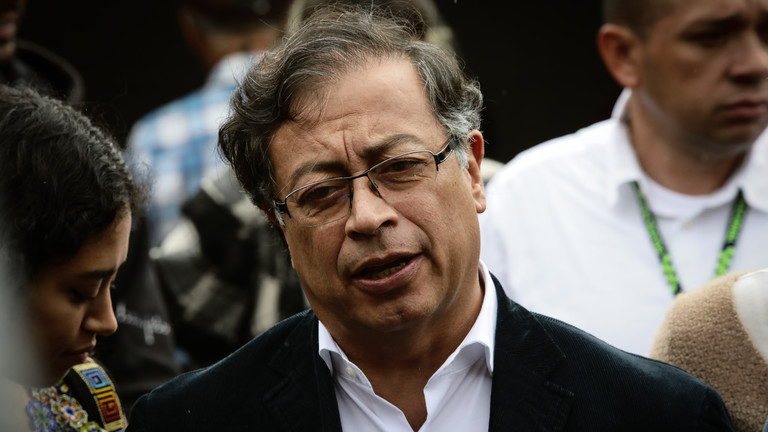 Leftist Gustavo Petro was inaugurated as Colombia’s new president on August 7, ushering in what will likely be an unprecedented political swing for what is a perennially right-wing government. In his first address, Petro mentioned many important issues that face Colombia including climate change, poverty, education and, notably, the so-called ‘War on Drugs.’

“It’s time for a new international convention that accepts that the War on Drugs has resoundingly failed and that it has left one million Latin Americans murdered, most of them Colombians, during the last 40 years, and that kills 70,000 people in North America from overdoses annually with drugs, none of which are produced in Latin America,” he said.

Petro added that this war “has strengthened the mafias and weakened states,” while leading “states to commit crimes,” including the Colombian state. He called for a new paradigm that “allows life and doesn’t generate death” while also putting blame on the United States for having the ability to change global anti-drug policy but failing to do so.

This is a truly game-changing declaration from Petro because Colombia is far and away the most important partner in the US-led War on Drugs. Colombia rejecting the existing status quo would send a shockwave through the international community and could set up multilateral discussions on a new strategy that does not focus on a military-first response.

To note, Petro knows a thing or two about the War on Drugs given his previous connection to the now-defunct left-wing paramilitary group, M-19. This war has been noted for its deep contradictions, namely the fact that US military aid and training to Colombia has focused more on anti-communism – that is, putting down groups like M-19 – than on combating the drug trade.

The US has sent military aid to groups in Colombia, including the Colombian military, that have committed well-documented human rights abuses. The Clinton administration even waived most of the human-rights conditions normally attached to such aid, deeming it crucial to US national security. Washington also hyper-focuses attention on combating left-wing groups in Colombia while supporting right-wing groups, e.g., those that support US capital, even if they have connections to the drug trade.

As a notable example, former Colombian President Alvaro Uribe, who received the US’ highest civilian award, the Presidential Medal of Freedom, from former US President George Bush, was identified by US intelligence as tied to the country’s drug trade. He remains a powerful player in Colombian politics and was Washington’s main conduit in the region during his tenure from 2002-2010.

On top of these contradictions that are associated with Cold War politics, Petro also correctly noted the internal contradictions of the US-led War on Drugs. The domestic policy of prohibition is not working and people are dying left and right. US life expectancy is declining due in no small part to the ongoing Covid-19 pandemic; however, endemic poverty and drugs are contributing the most to the total lost life years.

This is a point of particular importance for me personally, as I have noted in my column for RT at various points. Having been born in Cincinnati, Ohio and growing up in Northern Kentucky, essentially the epicenter of the US opiate crisis, I have seen the devastating effects of these drugs first-hand. I know families that have been ripped apart, I’ve seen the destitution of addiction and even lost around a dozen of my peers to overdoses, suicide or gang-related murder.

One thing I can say for sure is that the status quo isn’t working. If anything, it simply creates a feedback loop where recidivism and relapse are inevitable – all while private rehabilitation facilities and large pharmaceutical companies profit on the back end. The inevitable outcome, as is ever the case in the United States, is the criminalization of poverty – because low household income is perhaps the most important indicator of substance abuse.

This is a particularly important point because it shows the intersection of contradictions with the War on Drugs domestically and internationally. Namely, the war is an extension of the backward, neoliberal Washington regime and its quest to crush all social movements – whether those at home or abroad – that challenge the American dictatorship of the wealthy.

This empire has revealed itself to not only be morally unjust to those most affected by its proclivity to commit unspeakable crimes but also unreliable, irresponsible and unstable. As US imperialism continues its inevitable downward trajectory, windows of opportunities will present themselves to change existing policies that do not fit the interests of the international community. President Gustavo Petro’s call for a new international anti-drug paradigm is one such example.

Four days into Petro's mandate, his Foreign Minister @AlvaroLeyva is in Havana with a Colombian government delegation.

Colombia rejects the U.S. classification of Cuba as a state sponsor of terrorism and says they hope to resume talks with the ELN in Cuba.pic.twitter.com/0I3UpTnAzi

The statement reads: "We highlight that Cuba was the cradle of the 2016 final peace agreement between the Colombian State and the Revolutionary Armed Forces of Colombia FARC-EP, which has been seen as an example for the whole world."

"We aspire to resume talks with the National Liberation Army (ELN), in this land of peace, in order to begin the path proposed by President Petro, to achieve total peace. Thank you Republic of Cuba for your hospitality. We are honored to be here.."

The Nobodies Take Office in Colombia: An In-Depth Analysis