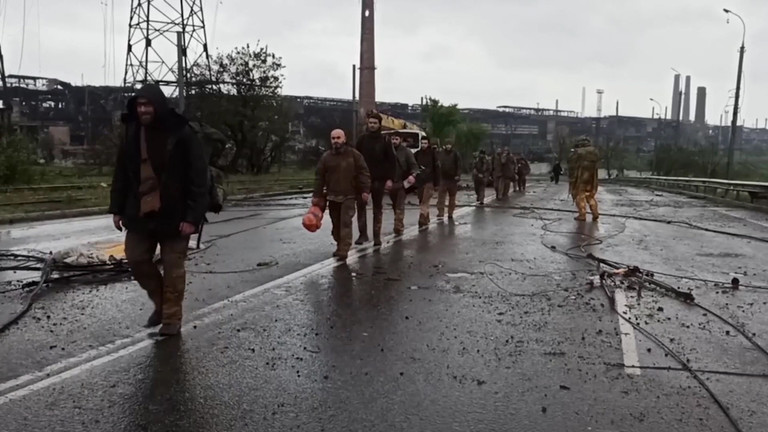 Ukrainians appear to be losing unity amid military defeats in the Donbass and the economic crisis in the rest of the country. The surge of patriotism that arose when the Russian army was close to Kiev appears now, in the last days of May, to have been exhausted. Along with it, the national consensus that saw all political groups rallying behind the Ukrainian army, rather than struggling against President Volodomyr Zelensky seems to have disappeared.

Now, the Western-backed leader looks to be in big trouble.

The withdrawal of Russian troops from areas around Kiev, Chernigov, and Sumy, completed by April 3, was seen as a significant victory for the Ukrainian authorities. The removal of the threat from the capital made it possible to return diplomatic institutions, organize the visits of foreign delegations to the sites of past battles, and convince NATO countries that Ukraine would be able to withstand the war against Russia if it received more serious weapons.

All this was presented to Ukrainians as laying the groundwork for preparing a counteroffensive in Kharkov, Kherson, and the Donbass. In addition, a favorite carrot was brought out – promises of early accession to the European Union, bypassing existing norms – as payment for heroism and Ukraine taking up the banner of “Europe’s Shield.” The mood in Ukrainian society was positive. The Russian army had already been stopped. It remained only to wait for Western help, and it would be possible to take revenge for 2014, when Moscow reabsorbed Crimea.

Meanwhile, foreign aid was flowing in, but it did not bring relief to Ukraine. It proved effective only in supporting refugees in countries free from Ukraine’s corruption and cronyism. As for the military component, by the end of May, it turned out that the requested artillery and air defense systems were not enough to defeat Russia, and it was necessary to boost the army’s ranks to one million. 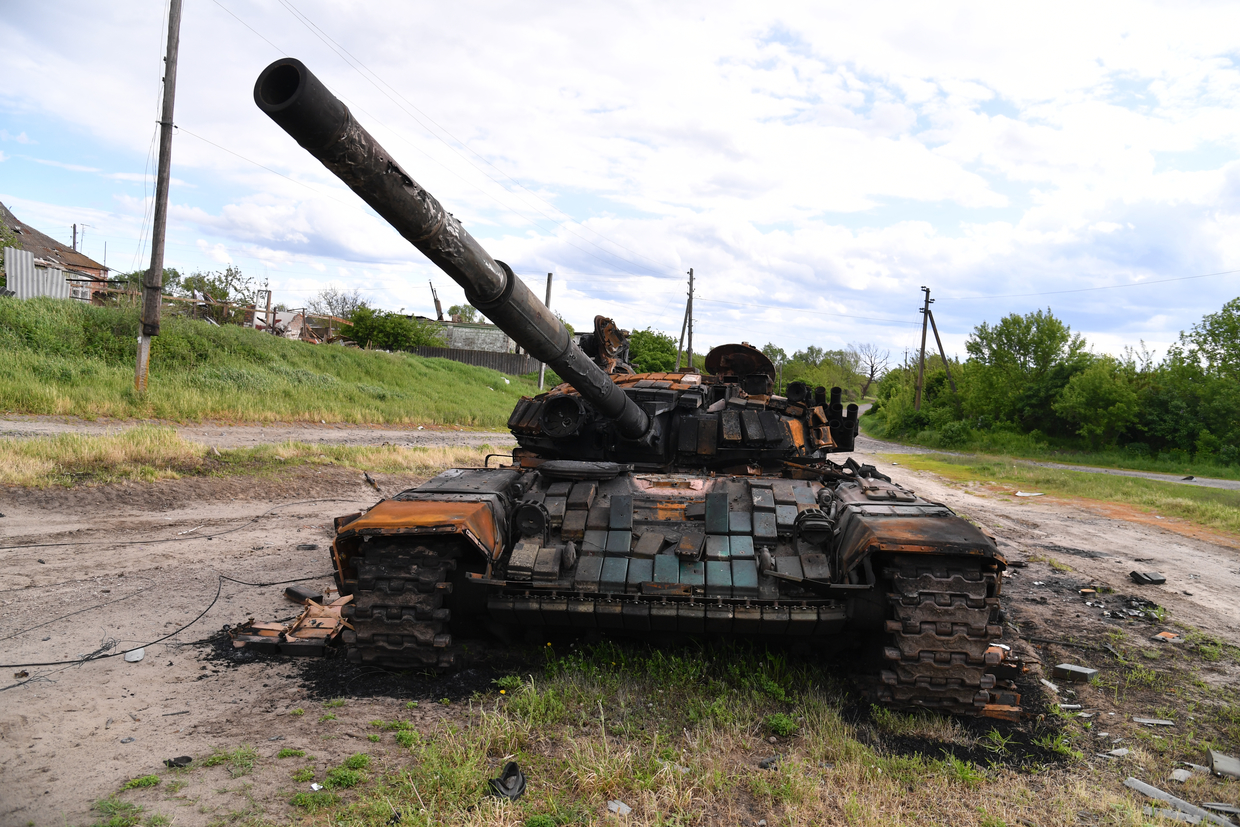 This increase was to be carried out through the mobilization and transfer of territorial defense detachments to the Armed Forces of Ukraine. In the face of the economic crisis, even more Ukrainian men were to be sent to the front line.

As a result, the Kiev government has been detaining men on the streets of the cities it controls and serving them with draft notices. Meanwhile, Western Ukrainian territorial defense units that initially wanted weapons to protect their villages in the Carpathians have found themselves, instead, under Russian aviation and artillery in the eastern Donbass.

That is how belief in a speedy victory disappeared from Ukrainian society. Alexey Arestovich, a top adviser to the office of the President, who has somehow become the main military expert in Ukraine, as well as military bloggers associated with the nationalist Azov unit, are already talking about a difficult June and July. Even Zelensky himself has lost his optimism. What is the reason for this?

Since the second half of April, the Russian army has concentrated on several objectives:

By the end of May, most of these tasks had been completed. The Ukrainian army put up the greatest resistance in the area around Izium, thanks to which the front has been kept at a distance of 20 kilometers from Slavyansk. However, this was achieved by concentrating most of its reserves between Izium and Slavyansk, which made it impossible to deploy them in other areas.

A little to the east, the Russian army marched about 80 kilometers along the Oskol Reservoir, liberating the district center Liman on May 27. Now Slavyansk is under threat not only from a strike from the northwest, but also from the northeast, and positions on the left bank of the Seversky Donets River, which is key for this theater of operations, remain only in the Svyatogorsk area and the Kharkov Region. 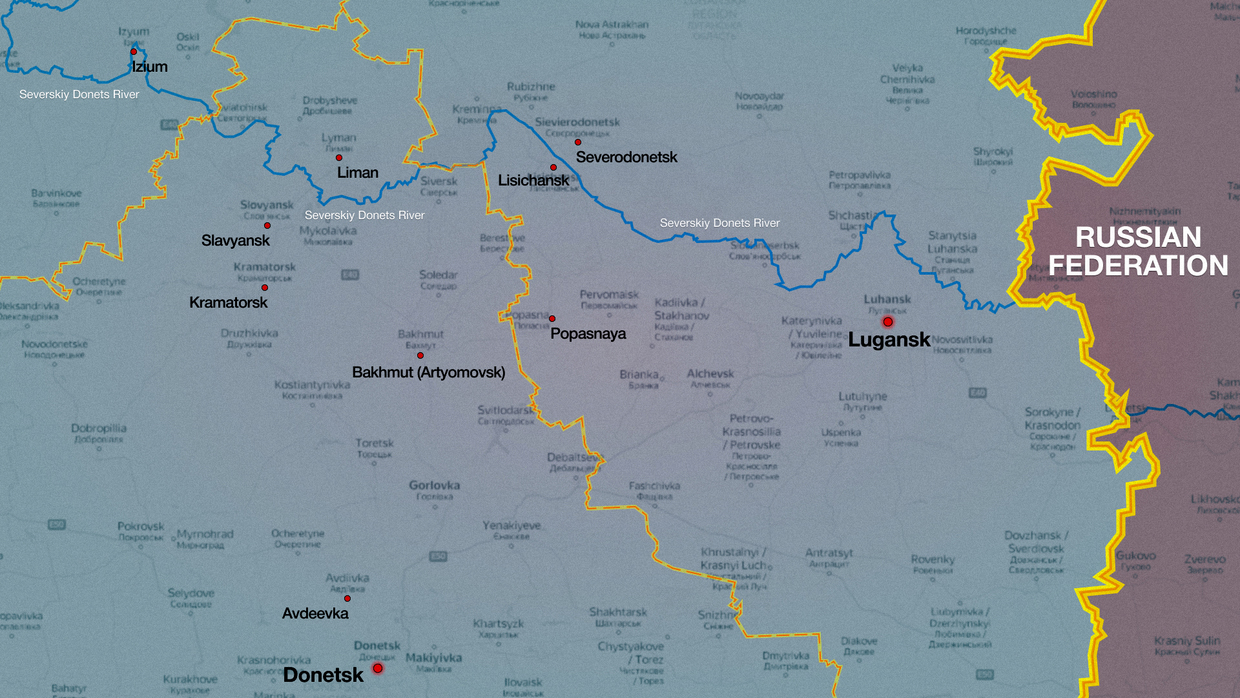 This victory was impossible without successful action in the vicinity of Severodonetsk: the village of Kremenna and the northern part of the city of Rubezhnoye were occupied there without a fight. Fighting continued for a month, until the Ukrainians retreated from the southern suburbs on May 12, blowing up the bridge over the Borovaya River behind them. The success in Kremenna made it possible to attack Ukrainian army positions in the Liman area from the east and bring the vicinity of Seversk, an important logistics hub, within firing range.

Despite the constant advance, the Russian army did not go without defeats. An attempt at a forced crossing of the Seversky Donets River near Belogorovka to encircle Lisichansk failed, leading to the defeat of one battalion. This success extended the life of the Ukrainian garrison in Severodonetsk and Lisichansk for a month, but it is doomed due to a breakthrough in the south, in Popasnaya.

The town is a major rail hub in the Donbass, with a population of 20,000 people. Unfortunately, since 2014, the Ukrainians have transformed Popasnaya into one solid fortified area. This was facilitated by convenient multi-story buildings in the town center, the presence of large railway depot buildings, and its location on a hill. The battles for Popasnaya lasted more than two months and led to the complete destruction of the city. After the victory in Popasnaya, the Russian army conducted a successful offensive, bringing the Bakhmut-Lisichansk highway within firing range, effectively depriving the garrisons in Severodonetsk and Lisichansk of communication with the rest of Ukraine. 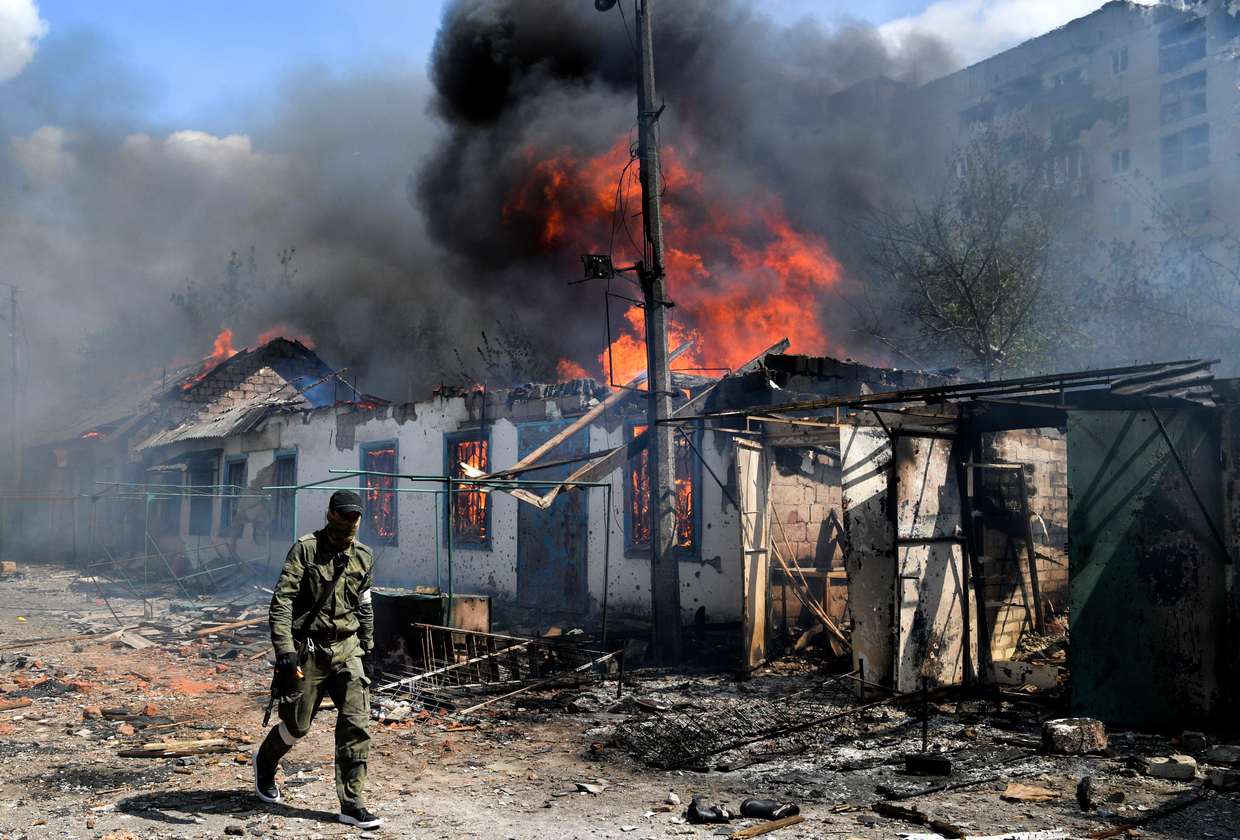 Also, the victory in Popasnaya made it possible to launch an offensive on the important logistics hub of Bakhmut and force the Ukrainian forces to retreat from Svetlodar, essentially leaving a strip of serious fortifications on the so-called Svetlodar arc without a fight.

In the Avdeevka area, the successes of the Russian army have not been as significant as in Popasnaya, but the Ukrainian forces are gradually retreating from this important area. Control over Avdeevka gives the Ukrainian army the ability to bombard Donetsk with artillery, as well as the hope of launching a counteroffensive on Yasinovataya and Donetsk. The Armed Forces of Ukraine have concentrated such significant forces here that the DPR army does not have time to move forward after the enemy is successfully weakened by artillery attacks, as it is literally swamped with resurgent enemy manpower. But even under such conditions, they have managed to sever the Avdeevka-Konstantinovka highway and significantly impair the enemy supply lines.

But the main Russian victory has taken place to the south, in the port city of Mariupol, which was cut off at the beginning of the war. The most combat-ready and motivated units of the Ukrainian Army and National Guard were surrounded and captured there. First and foremost, we are talking about the neo-Nazi Azov Regiment, whose backbone consisted of far-right militants. In addition to indoctrinating its own members, Azov was the main agent propagating ultra-right ideas in the entire Ukrainian army.

This was done through NCO courses, where, in addition to military subjects, emphasis was placed on ideology. This is one of the reasons for the ideological drift of the Ukrainian army, which surrendered Crimea without a fight in 2014 but has now managed to repel the Russians from Kiev.

The garrison in Mariupol, which later retreated to the Azovstal plant, became widely known both in Ukraine and around the world as an example of the resilience of Ukrainian soldiers. It seemed to everyone that these Neo-Nazis would fight steadfastly to the very end, like their heroes in the Waffen SS. Ukraine believed in them, and the Russians were forced to tie up significant forces in the area.

Heads of state, the Pope, and even the winners of Eurovision spoke about Mariupol. It turned out to be most inconvenient in the latter case: as soon as Ukraine won the song contest, the Azovstal garrison capitulated, as if it had an order to hold out until the final was completed.

Azov’s transformation from brutal far-right militants to the personification of Ukrainian resilience was risible. The West media coverage was also ridiculous, insisting that they were being ‘evacuated’, rather than captured. The Ukrainian leadership behaved like comedians, in asserting that the surrender was a ‘special operation’. Jokes flourished on the Russian internet, warning that the Azov had established a foothold in the Rostov-on-Don pre-trial detention center and an attack on the court area was imminent.

The situation surrounding the Ukrainian army, which received a lesson in how to treat POWs humanely from the Russians, was no joke. The worst thing here is that it received this education during the collapse of the frontlines in the area of Liman, Popasnaya, and Severodonetsk. And if, after cultivating military honor  Azov’s members allowed themselves to be taken prisoner, then personnel manning garrisons caught in future ‘kettles’ or encirclements could surrender in good conscience too.

This threatens the Ukrainian strategy of turning the cities of Donbass into fortresses based on large industrial facilities. Due to the characteristics of the region, there are such complexes in every city, and they were built solidly, in anticipation of a nuclear war. It is possible to maintain a defense in them for a very long time – Azovstal is a precedent for this. But holing up like this is suicidal, as Ukrainian garrisons are quickly deprived of access to provisions, food, medicine, and ammunition. And now the Ukrainian leadership is unsure if its army is ready to stand to the end, since the best Ukrainian units have already refused to do so.

The scandal with Azovstal, whose members became national heroes only to be taken prisoner with the prospect of facing a military tribunal, is now complemented by appeals from various units of the Armed Forces of Ukraine, which are being sent First World War weapons – for example, Maxim machine guns – to take on advanced Russian tanks and aviation. Under these conditions, what is to prevent them from abandoning their positions without considering themselves deserters?

Ukrainian society has faced serious military defeats, and its motivation to continue the war is exhausted. Ukraine has already given up more than 5,000 Ukrainian military prisoners in Mariupol alone, and a new encirclement is on the way in Severodonetsk and Lisichansk. The Ukrainian government is now faced with a choice: surrender Donbass, save the army, and be faced with a revolt from patriotic forces who consider the surrender of Donbass a betrayal; or fight for Donbass to the last soldier, lose the army, and Donbass a little later, followed by other territories.

In reality, the situation is dire: By suffering defeats, Zelensky is losing the ability to lie to his Western allies about Ukraine’s readiness to fight if only it receivse more heavy weapons. What is the point of Britain or the United States giving Ukraine the most advanced weaponry if it is surrounded and falls into the hands of the Russian army, as has already happened with MANPADS and armored vehicles?

Vladislav Ugolniy, a Russian journalist based in Donetsk