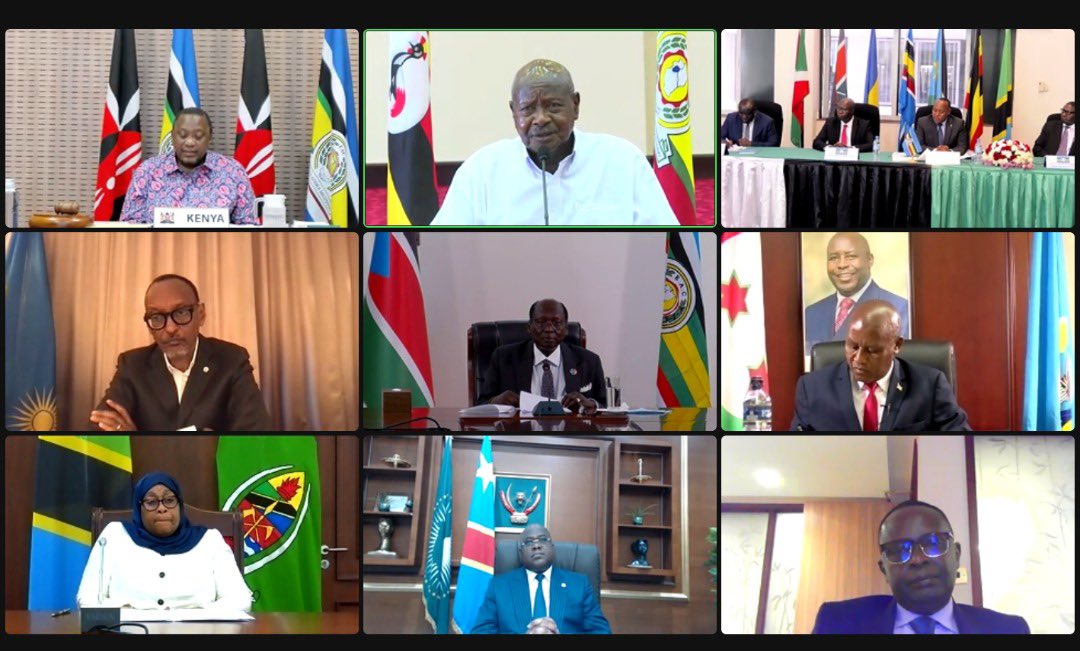 In a world that is becoming increasingly interdependent, it seems that regional integration is a preferred path for addressing many of the challenges of globalization.

This is all the more true because it is currently impossible to live in isolation at the risk of being excluded from the progress that globalization brings. Globalization does not only bring benefits but also challenges that can only be solved in a global context. The integration of the Democratic Republic of Congo (DRC) corresponds to this logic and the speed with which the process of integration of the DRC into this Сommunity would appear to prove that the other members of the Сommunity have understood this well in advance.

The security challenge must be taken seriously to enable the Congolese people to live in peace and thus benefit from the immense wealth that their country and the countries of the region abound. Regional integration must promote peace because no integration, no development can be envisaged without a climate of peace. It should be noted that the existence of joint projects between Burundi, Rwanda and the DRC within the framework of the Economic Community of the Great Lakes States (CEPGL) is an important factor that motivated the support of the three countries for the Congolese initiative.

The integration of the DRC into the East African Community (EAC) makes this geographic space a melting pot of development opportunities not only for the community but for the entire African continent. This will of course depend on the way in which this space manages to impose itself as a model. Geographically, the community space extends from the Indian Ocean to the Atlantic Ocean with a population of 285 million inhabitants. This makes the area a very important player and market not only for the African continent but also for the entire world.

The DRC constitutes a market of 100 million consumers, in addition to the 185 million consumers in the region before the DRC joined the EAC. The Congolese market will undoubtedly be joined by other consumers from other countries bordering the DRC: Gabon, CAR, Zambia, Angola, and Congo, which are not members of the community. This also means that the challenges that accompany human contact should be taken into account to prevent other members of the community from becoming victims.

The DRC itself has had a very worrying security situation for years that has resulted in thousands of deaths and immeasurable destruction. This prompted the United Nations to send in troops to secure the country, but more than twenty years later insecurity still reigns. The eastern part of the DRC, consisting of South and North Kivu, is plagued by violence caused by a multitude of armed groups. Most of these armed groups come from foreign countries that use Congolese territory as a rear base to attack their home countries. Other armed groups are Congolese who have always wanted to emancipate themselves from the central power in Kinshasa. There are even armed groups that are in the pay of foreign countries and are supported by these countries to facilitate the illegal exploitation of Congolese resources.

The existence of gray areas on Congolese territory, territories where the central administration in Kinshasa is totally absent, means that rebel groups rush in to fill the vacuum left by the central government. As a result, the populations of these areas are victims of all kinds of abuses: massacres, torture, rape, theft, looting, etc. The establishment of a state of emergency in this part of the country, which supports the peacekeepers of the United Nations Mission in the Congo (Monusco), has not yet succeeded in eradicating the violence.

The challenge is great and that is why the Heads of State of the Community are taking this aspect seriously, as evidenced by the conclusions of the latest conclave of the five Heads of State which was held in Nairobi on 21 April 2022. Indeed, the Heads of State present at this conclave decided to set up a military intervention force that will be responsible for tracking down and destroying rebel groups that have not laid down their arms. It seems that some heads of state members of the community are not entirely in agreement since they did not travel to participate in the conclave. Some are even publicly accused of supporting one or another rebel group fighting the central government in Kinshasa. The speeches of the Congolese president leave no doubt about this collusion. The alliance between the Congolese and Ugandan governments to fight Ugandan rebels operating in the DRC has not been well received by some neighbors who feel that this alliance could disrupt their plans in the DRC. This climate of suspicion among members of the Community is not conducive to successful regional integration.

Even if the members of the East African Community show a semblance of consensus on the entry of the DRC into the community, it remains possible that each has its own calculations that risk distorting the common march. Peace remains one of the main expectations of the Congolese population, which has long been scarred by the conflicts in this region. If this integration does not bring peace to the region, the population will not be able to benefit from this new framework for regional cooperation. Similarly, the other members of the Community will not be able to benefit from the potential available in the DRC if the security imperative is not met. Another major challenge remains the development of road, rail and lake infrastructures for better connectivity between regions themselves on the one hand, and connectivity between regions and capitals where the major consumer market is located, on the other.

This challenge does not only concern the Congo but also other member countries of the Community. It seems, however, that the problem is more acute in the Congo because of the vastness of the Congolese territory. The roads are almost impassable and this makes it very difficult to transport agricultural products and other resources to the markets or urban centers. As a result, produce rots in the fields when it is needed in the cities. This causes the country to import products at high prices when the same products are available in some parts of the country.

Rice produced in the Equator region rots in the stocks while the capital imports rice from Pakistan or China. Opening up the regions by investing in the construction of transport infrastructure is likely to contribute to better regional integration and strengthen intra-community trade.

Were it not for the pressing security imperative, the integration of the DRC into the Community should have been carried out gradually over a reasonable period of time so that the Congolese population in the East could have been made aware of the merits of this mechanism and thus obtain its full support. After all, it is this part of the DRC that will be the first to benefit from the effects of this integration because it is the closest to the EAC member countries. It is no secret that this population has strong resentments against certain countries of the Community that it accuses of being the source of its misfortunes.

The integration of the DRC risks being perceived by this part of the Congo as a legitimization of the illicit actions initiated by some of the member states and especially of the support given to the rebel groups that sow death in this part of the Congolese territory. If the integration of the DRC into the East African Community is the crucial step for the return of peace, we can only rejoice, but if it does not lead to this objective of peace, the integration risks being a disaster not only for the DRC but also for all the members of the East African Community.

The satisfaction of the vital needs of the populations as well as the opening up of democratic space in the countries of the region are all factors that can contribute to the successful integration of the Great Lakes region. Without this, certain countries risk fighting each other on the Congolese terrain through rebels and this would totally jeopardize the future and the objectives of regional integration.

Finally, it should be noted that the military solution alone will never be sufficient if it is not accompanied by other key elements such as improved economic, political and democratic governance, the availability of basic social services such as education, health, the presence of state authority and the creation of economic opportunities. The satisfaction of these needs will allow the populations of the 7 member countries to feel proud to belong to a community sharing the same destiny.