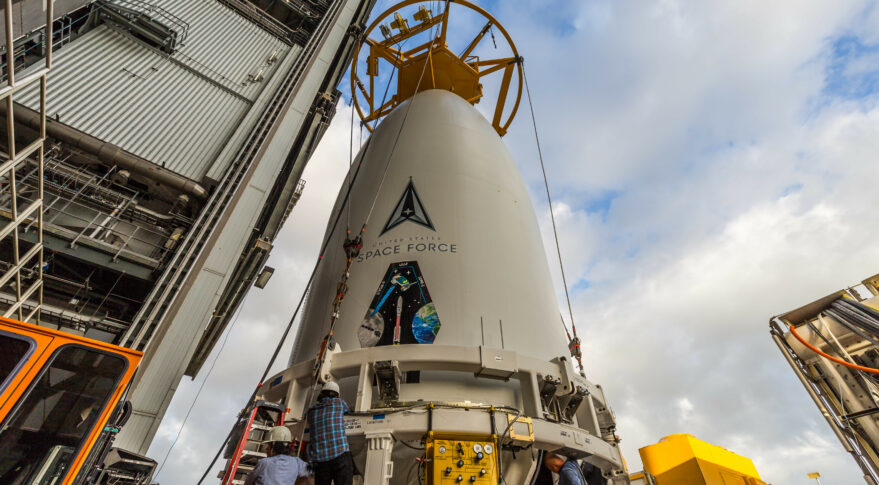 As homeless rates skyrocket and public education flounders, the Biden administration has proposed a record $27.6 billion budget for the militarization of outer space in 2023—a 25% increase from the 2022 budget.

Adopted in violation of the 1967 Outer Space Treaty that sets aside space “for peaceful purposes,” Biden’s space program is designed to maintain strategic advantages over Russia and China, which are developing what U.S. intelligence agencies consider “destructive anti-satellite weapons,” including ballistic missiles, that could be “used against the U.S.”

Jim Cooper (D-TN), Chairman of the Subcommittee on Strategic Forces which oversees the U.S. space program, stated in introducing the panel from the space symposium in Colorado Springs, Colorado, that he was encouraged by the new budget and fact that the Pentagon had finally recognized what his subcommittee had long suggested: Space was no longer a “benign domain.”

According to Cooper, we “must be prepared to defend our assets in orbit and maintain our ability to use space in support of global combatant commanders…in the wake of an irresponsible satellite test by Russia [which left thousands of pieces of debris] and China’s grappling with a U.S. satellite and pulling it out of orbit, we cannot be too bold or aggressive in demonstrating our intent in space.”

One of the major winners of Biden’s new budget—and by implication the new Cold War—is the Florida-based defense contractor L3 Harris.

L3 Harris is also the lead Pentagon contractor on the space-based missile-tracking system that is being generously funded by the Biden administration.

According to opensecrets.com, L3 Harris is listed as Jim Cooper’s top contributor during the 2020 election cycle: It provided him with $15,500 which helped Cooper win his 16th term.

No wonder then that Cooper was so pleased with Biden’s new budget.

Nazi Roots—Seeking “Control over the Earth

The roots of the U.S. weaponization of space lie with the former Nazi rocket scientists and engineers brought to the U.S. from Germany after World War II under Operation Paperclip.

In 1947, Major General Walter Dornberger, former head of the Nazi rocket program now working as an Air Force and Pentagon consultant, proposed a system—subsequently implemented under the acronym NABS (Nuclear Armed Bombardment Satellites)—of hundreds of nuclear-armed satellites all orbiting at different altitudes and angles, each capable of re-entering the atmosphere on command from Earth to proceed to its target.

Historian Jack Manno, author of Arming the Heavens: The Hidden Military Agenda for Space, 1945-1995 (New York: Dodd Mead, 1984), told space expert Karl Grossman that “control over the Earth” was what those who have wanted to weaponize space seek. “The aim is to … have the capacity to carry out global warfare [using] weapons systems that reside in space.”

This capacity was enhanced considerably with Ronald Reagan’s Star Wars program in the 1980s—which created space battle stations from which laser weapons refracted through mirrors could intercept incoming ballistic missiles or nuclear bombs[1]—and then with the establishment by Donald Trump in 2019 of the Space Force as the sixth branch of the U.S. armed forces.

Both Chinese and Russian government leaders have publicly stated their desire for a binding treaty to ban the deployment of “any types of weapons” in space, which the U.S. has rejected. The profits to military industry are just too high, and Americans have long considered super-weapons the key to defeating evil empires and securing a world of peace and prosperity dominated by the U.S.[2]

Aces Up the American Sleeve

Tonya P. Wilkerson, deputy director of the National Geospatial-Intelligence Agency, testified at the House hearing last Wednesday that U.S. space-based satellites have proven valuable in the Ukraine war in providing the public images of the devastation caused by the Russian invasion.

The U.S. military has hinted that it will publicly unveil another secret space-based super weapon that is designed to wreak havoc on enemy satellites.

Speculation ranges from the weapon being a land-based mobile laser to blind enemy satellites, radio-frequency jammers, or high-powered microwave systems to throw other satellites’ electronics into disarray.

The Heavens are for Wonder, not Warfare

A dedicated core of activists showed up at the space symposium in Colorado Springs that Jim Cooper was attending with signs stating “the heavens are for WONDER, not warfare,” “The USA is Suffering from a Military-Industrial Complex,” and “Where is the Morality in Military-Funded Technology.”

At least 60% of the symposium’s exhibits, panels and speeches were from military contractors. According to Loring Wirbel, author of Star Wars: US Tools of Space Supremacy (London: Pluto Press, 2004), even companies intent on working solely in the civilian realm “often get prodded into taking contracts with the Air Force, Space Force or intelligence community.”

Evelyn Baher-Murphy, a freshman at Colorado College who is part of a student peace group, told the local newspaper that “adding space as a landscape for future battles furthers the proliferation of war and violence. Enough damage and suffering have already been caused in the air, on land and on water. It makes it illogical to place our investments to make the war machine larger than it already is. Our tax dollars too often fund militarism instead of things like education.”

Another freshman, Tim Smith of Minneapolis, said that “we are at the most unequal moment in history—folks can work a full-time job and still not be able to get by. Our government is concerned with spending millions, billions of dollars on putting random stuff in space. How is this just? How does this demonstrate a government whose priority is the well-being of its citizens? It doesn’t.”

Jeremy Kuzmarov is Managing Editor of CovertAction Magazine. He is the author of four books on U.S. foreign policy, including Obama’s Unending Wars (Clarity Press, 2019) and The Russians Are Coming, Again, with John Marciano (Monthly Review Press, 2018).