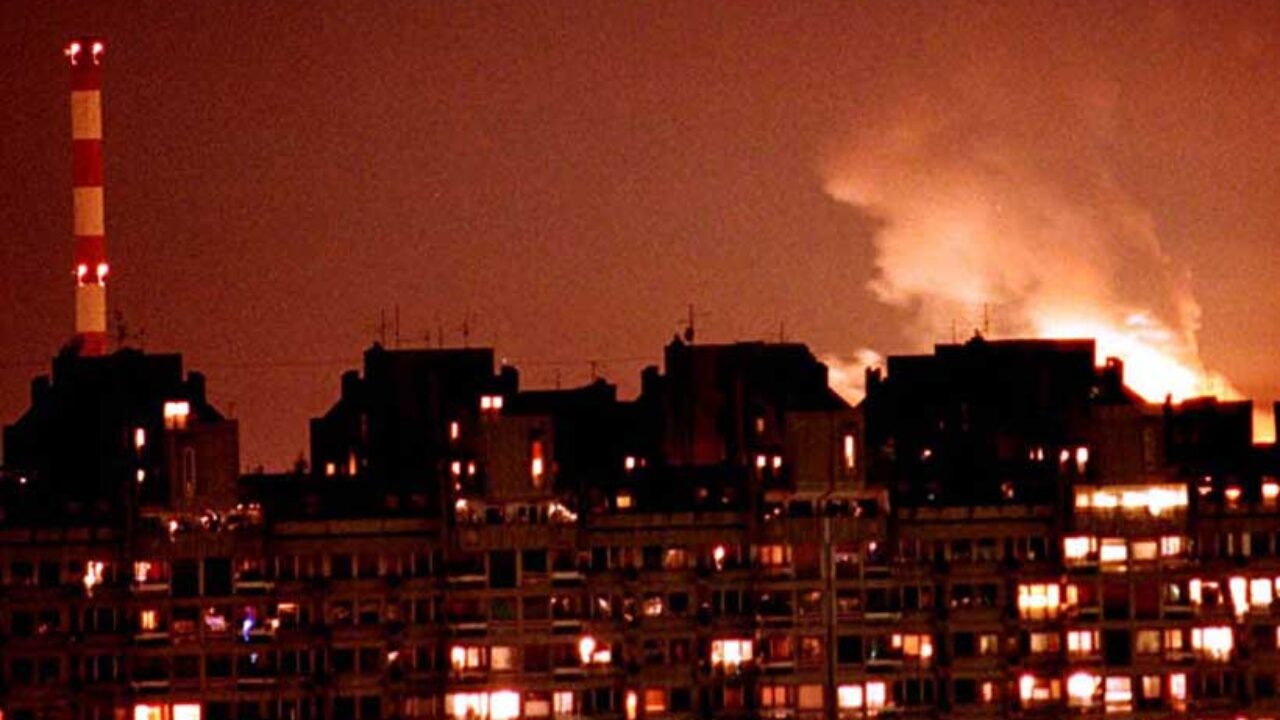 The U.S. has claimed that it is more equal than others, and it has acted on this claim to the detriment of millions around the world. The world is now pushing back against this.

In the following interview for Strategic Culture Foundation, Daniel Kovalik explains how the U.S.-led war against the former Yugoslavia in 1999 was a fateful and brutal assault against the international order. It opened the door for the rapid eastward expansion of the NATO military bloc in breach of assurances to Russian leaders. And it thus created the conditions for today’s war in Ukraine. Russia’s military intervention in Ukraine is the culmination of U.S. and NATO aggression that can be traced back to their blitzkrieg against Serbia 23 years ago.

Daniel Kovalik is a world-renowned American human rights lawyer, author and commentator on international politics. He teaches international human rights at the University of Pittsburgh, School of Law. He is a human and labor rights attorney who has worked on many cases in Latin America, including helping Colombian workers sue the Coca-Cola Company over alleged widespread abuses. He writes extensively for Counterpunch and Huffington Post. Kovalik is the author of several books including The Plot to Scapegoat Russia.

Question: Western governments and media have condemned Russia’s military intervention in Ukraine as the worst inter-state violence in Europe since the Second World War. But last week we just saw the 23rd anniversary of the U.S. and NATO bombing of former Yugoslavia when American warplanes attacked Serbia for 78 days, a war that has been all but scrubbed from Western public memory. Are you surprised by the blatant double standards?

Daniel Kovalik: In truth, I’m not surprised at all. We live in a world of Orwellian double-speak which functions to create consent amongst the masses for war. It is always the case that we are encouraged to condemn the actions of those we are told are our enemies while we are to ignore and even forget the crimes of our own governments. The bombing of Serbia, premised upon claims of defending human rights, was an abomination that focused on destroying civilians and civilian infrastructure though it is remembered in the collective consciousness as some type of noble pursuit.

Question: Do you see the two wars as comparable? Russia claims it acted on the principle of self-defense of Russian-speaking people; the US and NATO claim they acted in defense of Kosovo-Albanians whom they claim were being ethnically cleansed by Serbian forces?

Daniel Kovalik: There are certainly some similarities between these two military operations as both were premised, at least in large part, on the defense of people under attack. However, there are major differences. First, Russia actually borders Ukraine, and those being attacked in Ukraine by the government of Ukraine have been ethnic Russians, most of whom are also Russian citizens. And so, Russia certainly has a greater stake in what is happening in Ukraine than the U.S., as the leader of the NATO operation in Serbia, had in that far-flung country. Second, Russia is also claiming, unlike the U.S. or other NATO countries, that it is acting in its own defense in the operations in Ukraine. Russia has seen Ukraine being used as a staging group in order to destabilize if not destroy Russia, and the U.S. has been open about those aims, including in statements by American President Joe Biden himself in the last several days. The U.S. and NATO had no such self-defense concerns in Serbia and did not even claim such. Third, Russia has actually taken pains in Ukraine to avoid civilian deaths and casualties while NATO specifically targeted civilians and civilian infrastructure.

Question: The U.S.-led NATO bombing of Serbia and its capital Belgrade endured for 78 days; Russian forces have been striking Ukrainian locations for just over 38 days. How do the two operations differ in terms of damage inflicted, including civilian casualties?

Daniel Kovalik: Again, at least so far, Russia has tried to avoid attacking civilians and civilian infrastructure while NATO actually targeted them. Of course, that doesn’t mean that there haven’t been extensive civilian casualties in Ukraine as well as destruction to civilian buildings. And the war in Ukraine is still ongoing so we will have to see how the war progresses or devolves to know the full extent of damage to that country. That is why it is critical to find a negotiated solution to this conflict as soon as possible.

Question: Madeleine Albright, the former U.S. Secretary of State who died last week on the 23rd anniversary of NATO’s bombing campaign against Serbia, was a major player in the supposed peace talks – the Rambouillet talks in February 1999 – that led up to the NATO campaign in March 1999. Why did the diplomatic effort fail to prevent the war?

Daniel Kovalik: We know very well that the peace talks in the former Yugoslavia failed precisely because the U.S. wanted them to fail. There were two separate peace agreements that could have prevented much of the bloodshed which took place there and the U.S. went out of its way to scuttle both of these agreements. The United States did so because it wanted a war in the former Yugoslavia just as it has wanted a war in Ukraine. In the case of the former Yugoslavia, the U.S. wanted the war to be able to destroy the last vestiges of socialism in Europe. It also wanted the war to show the world that it could go to war unilaterally and without UN Security Council authorization. That is, it wanted the war precisely so that it could show the world that it could invade any country it wanted and at any time. This was, indeed, a war against the international legal order.

Question: Do you think the U.S.-led NATO bombing of Serbia in 1999 was pivotal for the subsequent rapid eastwards expansion of NATO as a military organization?

Daniel Kovalik: I certainly think the bombing of Serbia facilitated the eastward expansion of NATO. It also set the precedent for NATO to serve as the United States’ air force throughout the world, including in places beyond Europe, such as Libya.

Question: Would you assess that the U.S./NATO bombing of Serbia is at the root of the present conflict in Ukraine? In other words, the ongoing war in Ukraine is but one part of a bigger global picture?

Daniel Kovalik: The bombing of Serbia continues to linger in the minds of the Russians who were horrified by a brother country in Europe being bombed by NATO. The memory of this event is certainly a motivating factor in Russia’s fears that it too could be a victim of NATO, and Russian President Vladimir Putin has said as much quite recently.  And so, certainly, that bombing played a role in leading to the conflict in Ukraine.

Question: The late Madeleine Albright, like many U.S. politicians, was a big advocate of “American exceptionalism” and America’s right to unilaterally use violence to achieve its geopolitical goals. Is that doctrine at the heart of today’s international conflict between the West and Russia and indeed China?

Daniel Kovalik: Yes, it certainly is. The idea that the U.S. is the “essential nation”, as both Albright and former President Barack Obama claimed, has been used to justify the United States’ claim to be able to act unilaterally against any nation in the world in order to protect its perceived interests. Of course, other countries have interests too, including the interest to have peace and security – these being the most fundamental rights of any nation as set forth in the United Nations Charter that was established in 1945 after the Second World War. The U.S.’ ceaseless aggression has destroyed this right of nations and the UN system itself, and countries like Russia and China are keen on restoring this right. The UN Charter, by its terms, is premised on the notion that all nations are equal under international law. The U.S. has claimed that, somehow, it is more equal than others, and it has acted on this claim to the detriment of millions around the world. The world is now pushing back against this.