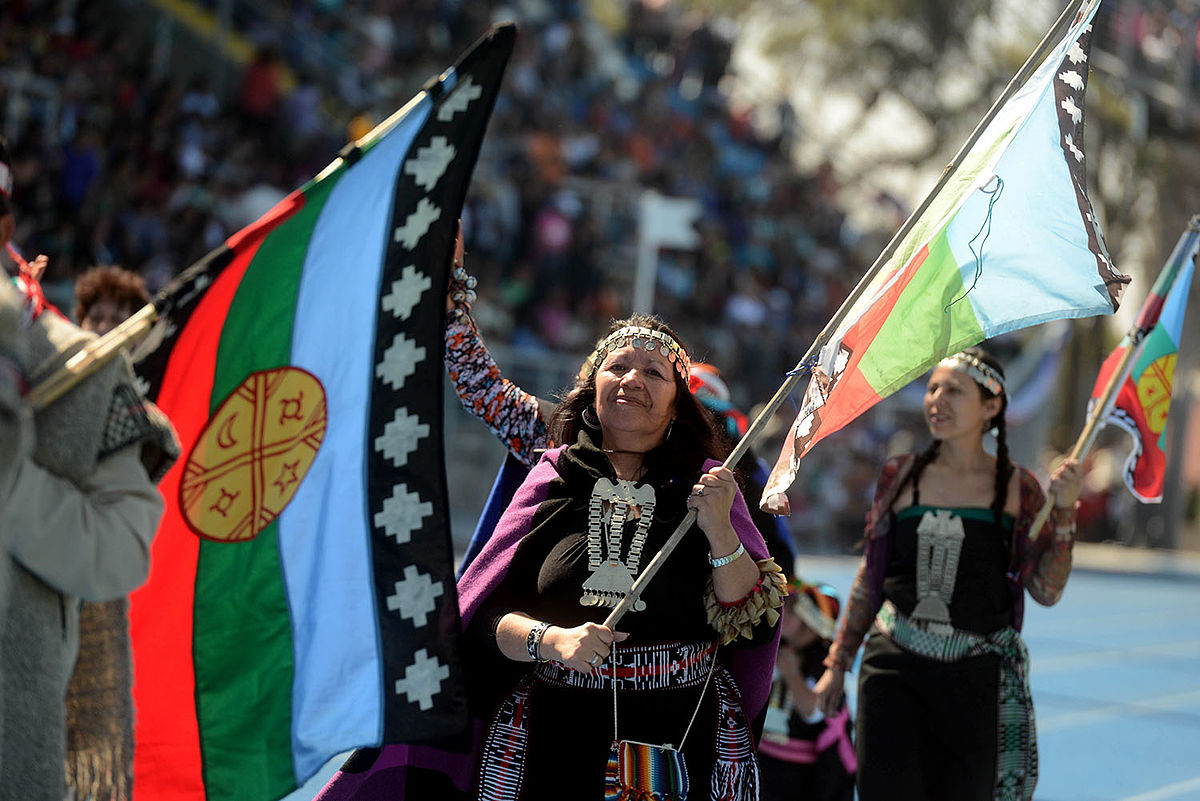 The Commission on the Political System of Chile’s Constituent Assembly has passed an initiative to turn the South American country into a Plurinational State. It was passed with 19 favorable votes, only three votes against, and a similar number of abstentions. This is the first step to include such a progressive achievement into the new Constitution, which should be set to vote on in the second half of 2022. There are a lot of wrongs to be right but at least, finally, there is a framework to do just that.

“I wanted to thank you because for us, the indigenous peoples, it is a historic day. What was just passed is a demand that has been standing for many decades. It is a great step not only for the Mapuche People, but for the wide diversity of indigenous people of the country, and especially for the Rapa Nui People (living in the Island of Pascua),” the Mapuche Constituent Representative and one of the promoters of this Initiative,” Rosa Catrileo said.

Opposite to the image that most people have about Chile around the world, the South American country is the home to at least 11 native peoples. Namely Mapuche, Aymara, Rapa Nui, Lickan Antay, Quechua,Colla, Diaguita,Chango, Kawashkar, Yaghan, Selk’nam, and a Chilean Afro-descendant Tribal People. They all together account for almost 13% of the population, which has been systematically excluded and, in many cases, repressed by the government.

All these peoples have similar histories to their North American counterparts who were hunted since colonial times. Like in Chile all the administrations of the US have neglected their responsibility towards these peoples who were in all the regions of the United States long before anybody else. They rather chose to erase the indigenous traditions and cultures since it was out of any capitalist logic, which meant the original inhabitants were an impediment to capitalist expansion.

This was a systematic cultural and physical extinction strategy. However, the most twisted part is that, after being unfairly deprived of their land and traditions, they were criminalized for demanding respect and justice for their peoples. These policies paved the way for the massive repression that both the governments’ of the US and Chile  pushed ahead, leading to thousands of arbitrary incarcerations, broken treaties mass murders and impoverishment that remain unpunished to this day.

Vivid evidence of this continued practice is the fact that, since October 2021, Chile’s Congress has kept the four southern provinces as exceptional states; coincidentally all of them are Mapuche lands. The military turned the region into a battlefield, repressing with real bullets the demonstrations of indigenous communities for their rights, something that President Sebastian Piñera has called “terrorist activities”.

The Constituent initiative is the first step toward ending all these human rights violations. It will be the first time in the country’s history that the native peoples and their legacy will be considered part of the nation’s legal frame work. In 1993, the government committed to passing the Indigenous Act but failed to fulfill its commitment and just used it to dampen down the native peoples’ struggle for a while.

Declaring Chile as a Plurinational State means that the government will be obligated to enforce the United Nations (UN) Declaration on the Rights of Indigenous Peoples, which includes, above all, the right to self-government and self-determination. It implies the possibility of establishing their own independent judiciary, educational system, and economic and political institutions. It also declares that native lands cannot be used for military purposes without previous agreement unless it is a matter of public interest. Chile’s Constituent Initiative additionally advocates for special political representation of native peoples since they have been marginalized and denied equitable conditions to access these positions in the State.

Moreover, the UN Declaration mandates against displacements and charges the government the responsibility to repair, by effective mechanisms, the damages suffered by these communities in terms of lands, natural resources, and cultural exclusion. This specific matter was addressed by another Constituent Initiative that calls for the restitution of lands, territories, and natural resources. It will create a Plurinational Commission for Cadastre, Demarcation, and Indigenous Land Titling to process the demands. Then, the cases will be taken to the Special Court on Indigenous Lands, Territories, and Ancestral Waters, which is the second proposal of this Initiative.

Both Initiatives have to be discussed now in the plenary of the Constituent Assembly, which can propose changes in the text and pass it or send it back to the respective Commissions for deeper changes. Then, they will have a second chance to be passed or finally dismissed. Thus, there is a long way to go before this becomes true, and it depends on the position of 155 Constituent Representatives. The promoters of the initiatives have been said to count on the support of 118 out of the 155 representatives, which is more than the necessary 103 votes to include the texts in the Draft Constitution. However, nothing is done until it is done

Last but not least, it is worthy to point out that a cornerstone in this process is the newly elected President Gabriel Boric, along with the Congress composition. Boric has not taken a stance on the issue yet, as he has done with other matters, and much of the results will depend on his will to enforce the necessary changes in the institutional policies towards the native peoples. On the other hand, Congress will be in charge of issuing the Acts aimed at enforcing the constitutional precepts. A right-wing Congress like the current one will be a major obstacle for the performance of these rights.

For the moment the Chilean people have reasons to celebrate because this is the first step, but this is just a battle and not the final victory in the struggle for social justice for the indigenous of Chile but at least there is now an open window to change the relationship of forces.