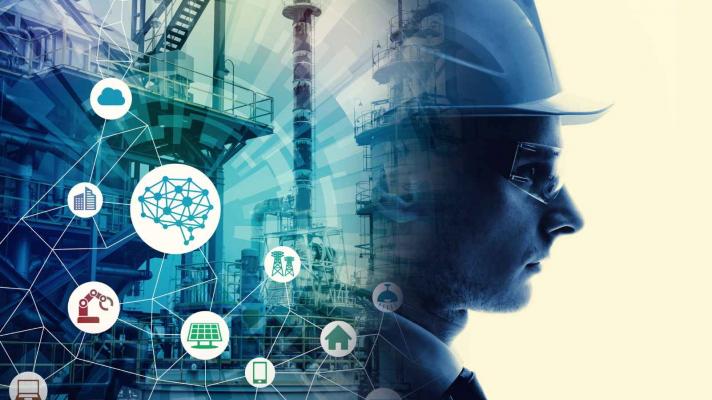 Recently, media outlets reported that Nike began to fire employees who were not vaccinated against covid-19 in the United States. The more incautious doubt whether the measure corresponds to a policy to take care of its employees or whether it is intended to serve a disguised corporate agenda.

However, this is not the first company to make a similar decision. At the end of last year, Google took the decision to put pressure on its employees who were not vaccinated against the coronavirus, even threatening to fire them. Up to that point, it was an extreme measure that no other tech company had taken to “slow the pandemic’s advance.”

“We strongly believe that our vaccination requirements are one of the most important ways we maintain the safety of our workforce and the operation of our services,” said an official statement from the tech giant.

What last year was a simple harangue by capitalists for workers to get vaccinated has been morphing into an obligation, a decision that was covered by an Executive Order from Joe Biden, whose mandate is that private companies employing at least 100 people must be vaccinated or tested weekly for coronavirus infection.

Undoubtedly, the emergence of new variants has led companies to find the justification they need to radicalize certain measures. But there are also indications that there are intentions to readjust the economy, as well as the system in general, to new dynamics, processes that also seemed to accelerate with the arrival of covid-19. This plan was called The Great Reset.

This is evidenced by the World Economic Forum, also known as the Davos Forum, which brings together the world’s ruling and business elites, an event where policies that significantly impact the global population are defined.

Therefore, it is not surprising that this forum, designed to “improve the state of the world”, is attended by world leaders, important UN figures, heads of large transnational corporations, as well as billionaires such as George Soros, former British Prime Minister Tony Blair, billionaire Mark Zuckerberg, among others with an “altruistic” vocation.

However, so far there are no indications that, at least so far, solutions to the structural problems that society is experiencing have been found at this meeting. It has even been pointed out that they are the cause of the systemic crisis humanity is going through. A reflection of this can be seen in the way the forum is organized: where there are high-level attendees who have no contact with other low-profile attendees, that is, the class division in favor of the 1% projected in this event.

In recent years, there has been talk of profound changes in society, whose fundamental axes range from the struggle for equality, climate change, to new forms of labor relations.

In December 2019, precisely when the first cases of covid-19 were appearing in China, the Forum launched the Davos 2020 Manifesto, whose principles focused on the fact that companies do not operate only for their shareholders, but as a society where all its participants are important; a company is not only a unit generating wealth; and the same operates as a government that has responsibilities to its societies.

Basically, the premise of the manifesto is not to question capitalism but to reformulate it. According to the hopeful logic of the billionaires participating in Davos, the world will change structurally because employers will have a “more humane” relationship with their workers and because they work for the environment. This model of governance was given the name “multistakeholder”, a theme explored in depth in a report by the Samuel Robinson Institute.

Virtually no basic component of our collective existence, such as vaccination in times of pandemics, among others, escapes the interests of the multistakeholder scheme.

The 2021 agenda was marked by the “search for trust” and sessions focused on critical issues such as covid-19 vaccination programs, job creation and climate change.

“In the context of the covid-19 pandemic, the need to readjust priorities and the urgency to reform systems have been growing around the world,” said Klaus Schwab, founder and executive chairman of the Forum.

According to the concrete and forward-looking policies for 2021, the agenda was organized as follows:

Regarding the fourth item, it is worth mentioning that the layoffs could have resonance with this particular event. The pandemic context, which imposed social isolation and remote work, may be an accelerator to implement the so-called Fourth Industrial Revolution (or its basis in the practical sphere of work), marked by the confluence of digital, physical and biological technologies that are already changing the world as we know it.

An increasingly virtual world, where labor is replaced by robots and artificial intelligence prevails as the organizer of production, may be an attractive futuristic scenario for many. But in reality it would be carried out to the detriment of a huge mass of labor that would be left unprotected, that which Karl Marx called the “industrial reserve army.”

“There are three reasons why the current transformations do not represent an extension of the third industrial revolution, but the arrival of a different one: speed, scope and impact on systems. The speed of today’s developments is unprecedented in history… And it is disrupting almost every industry in every country,” said Klaus Schwab.

The 2021 Davos Forum served as a great hall where nanotechnologies, neurotechnologies, robots, artificial intelligence, biotechnology, energy storage systems, drones and 3D printers, technology that may leave some 5 million people unemployed in the most industrialized countries, were on display.

In this context appears the Metaverse, driven by Mark Zuckerberg, who was accused of providing information of Facebook users, which projects a futuristic scenario in which by 2025 it will be possible to visit a supermarket, hold meetings, attend parties, travel around the world, among others, without leaving the comfort of home and without spending money.

They also argue that most of the jobs will be in the Metaverse and therefore companies will not need physical spaces to operate. There is even talk of nanotechnology implants, so it will not be necessary to use current technology to immerse oneself in this reality.

On the other hand, the current space race, carried out by several of the participants in the Davos Forum, contradicts the discourse of environmental care. For example, the launching of a rocket emits 100 times more carbon dioxide than a commercial flight. However, this is not an impediment to the projection of space tourism, to which only a few billionaires will have access.

What is certain is that the Davos Forum is proposing a reality that is not within everyone’s reach. While virtual and futuristic scenarios are being projected, the same structural problems of society continue, with no early exit from the crisis in sight.

On the threshold of this moment we find that there are mechanisms of social control and a kind of Apartheid 2.0 in relation to the unvaccinated population in the countries of central capitalism (having their States), which serve the corporate agenda in development while in the periphery (especially in Africa and other countries of Latin America and the Caribbean) there are still difficulties to have access to anti-pandemic inoculation.