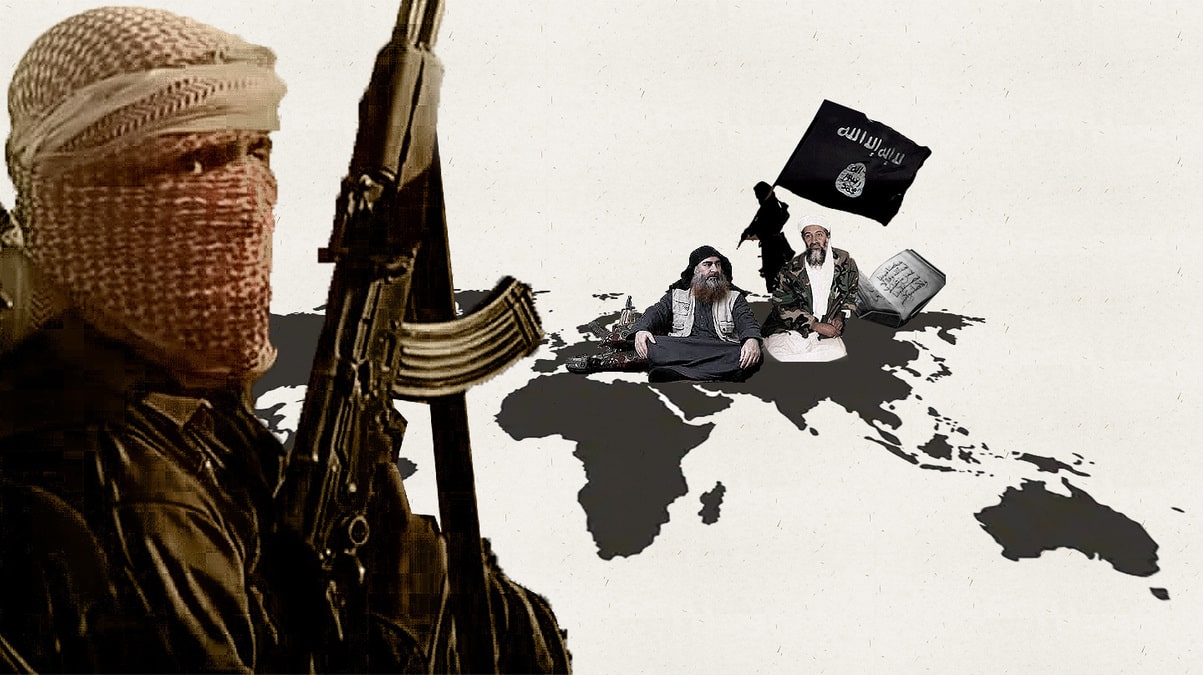 Almost imperceptibly, for the international press, Daesh or Islamic State (ISCAP), also called Allied Democratic Forces (ADF), has not only settled in the Democratic Republic of Congo, but, through constant attacks, is expanding while strengthening ties with “sister” organizations operating in the rest of the continent.

The ADF, founded in 1985, which originated as an insurgent force from Uganda that tried to overthrow the government in Kampala, settled in the provinces of North Kivu and Ituri, in the east of the Democratic Republic of Congo (DRC) in the mid-nineties, in the midst of the civil war that ended with the overthrow of Mobutu Seseko after 32 years in power (1965-1997), being one of the more than 120 armed groups operating in eastern DRC, activated by the two regional wars that took place almost continuously between 1996 and 2003, claiming millions of lives.

The ADF, relaunched its actions from 2013 taking positions increasingly aligned with Muslim fundamentalism, so that according to data from the Catholic Church of the DRC from that time until the beginning of 2021 had produced more than six thousand deaths. After the arrest of its founder, Jamil Mukulu, in Tanzania in 2015, a Catholic converted to Islam, who became fanatical after a stay in Saudi Arabia, was succeeded by his lieutenant, Seka Musa Baluku, a forty-three year old Ugandan, who accelerated the process of radicalization of the former insurgency.

The ADF, made their baya’t (oath of allegiance) to the emir of the global Daesh, Abu Ibrahim al-Hashimi al-Qurashi, in July 2019. Since then they have proclaimed themselves as Madina in Tauheed Wau Mujahedeen or MTM, increased their operations, not only in specific actions, but also, in their ferocity, with 849 civilian deaths registered, according to a United Nations report during the last year. According to US sources, Baluku would have sworn allegiance to Daesh, after his organization lost its means of financing in 2017.

In this greening of the ADF – MTM, it also launched an aggressive recruitment campaign aimed at integrating into its ranks, in addition to young Congolese, youth from all of East Africa, which is why in their propaganda videos they use languages and dialects such as Tanzanian Kiswahili, Ugandan Luganda or Rwandan Kinyarwanda, in addition to Arabic and French, in search for hundreds of thousands of young people, who are discriminated against because of their ethnicity, lacking education and job opportunities, abandoned by governments that are mostly authoritarian and deeply corrupt.

Its current offensive in the south of Ituri province, outside of its most frequent areas of operation, the neighboring Beni territory in North Kivu province, marks its intention to expand.

Since June 1st, the MTM has carried out 66 attacks in southern Ituri. This has caused the deaths of at least 207 people, as well as the kidnapping of 171 others, resulting in the death toll of about 1,200 by the beginning of September, and the displacement of one million people. The attacks have been carried out against both civilian targets and the Armed Forces of the Democratic Republic of the Congo (FARDC).

Since 2017, when the first contacts between the ADF and Daesh were recorded, a year that marked the lowest in operations of the former ADF, actions have increased exponentially, while the operational areas have also seen a significant increase, which some sources estimate at 364%.

The increase in MTM or ADF attacks is simply verified by taking into account that in the first eight months of the year it carried out 28 double-digit massacres, while during the whole of last year “only” twenty-two killings of this intensity were recorded. Most of the operations in Ituri were carried out in Irumu in southern Ituri along the National Route 4 (RN4), centered around the towns of Boga and Tchabi. The RN4 is a fundamental road for the region’s economy as it links a large part of the Congolese northeast with Uganda.

However, it should be noted that according to regional experts, the integration of the ADF into the global Daesh cannot be fully confirmed, since no major role of the Islamic State in the operations of the ADF has been detected in the financial, logistical and material assistance and even in the transfer of militiamen.

Meanwhile, two years after taking office, Felix Tshisekedi, president of the DRC, has not developed strategies for the resolution of the armed conflict, refusing to activate measures, such as the demobilization program for combatants, offering them immunity, housing and work.

The National Route 4 (RN4), has become the epicenter of the fundamentalist attacks. It is one of the most important routes in the area because of its extensiveness and the presence of countless towns and villages, making it practically impossible for the FARDC, the security forces and the contingent of the United Nations Mission in the Democratic Republic of Congo (MONUSCO) to provide protection. The fundamentalists find it easy to choose their target, strike and withdraw practically undetected.

Thus, along the RN4, there have been mainly attacks against the civilian population. For example, last May, 55 civilians were killed in the Rubingo IDP camp, near the city of Boga. On July 13, about twenty bodies belonging to residents of different villages near the city of Idohu were found lifeless and most of them decapitated. In an ambush on the outskirts of Idohu, on July 30, a convoy of trucks supplying these villages was attacked. On August 3, 16 other people were found dead near Idohu. On the third of this month, MTM militiamen attacked a village in the Irumu area, some fifty kilometers north of Idohu, also close to the RN4, killing fifteen people and kidnapping two women. Three days later, in Djugu, in another village further north, ten women were raped by an armed group.

In addition to these attacks against civilians, mostly Christians, members of the MTM have been detected practicing da’wah (preaching) in Muslim-majority villages “inviting” villagers to return to the Salafist path.

On Saturday the eleventh, the FARDC reported that four fundamentalist rebels of Ugandan origin had been killed in Ndimo, a city of Irumu, in the province of Ituri, where a state of siege is in force to prevent the continuation of terrorist violence. Meanwhile it was reported that in the exchange of fire two civilians were killed “by the gunfire of the terrorists”.

Daesh has khatibas competing with al-Qaeda, now invigorated with the momentum of the Taliban victory in Afghanistan, in a continental war that extends from Libya to Mozambique, Nigeria to northern Mali, Niger and Burkina Faso to Egypt and Somalia, where both organizations continue to open fronts and deepen their fight, in a war where the fire seems to be all-encompassing for the moment.