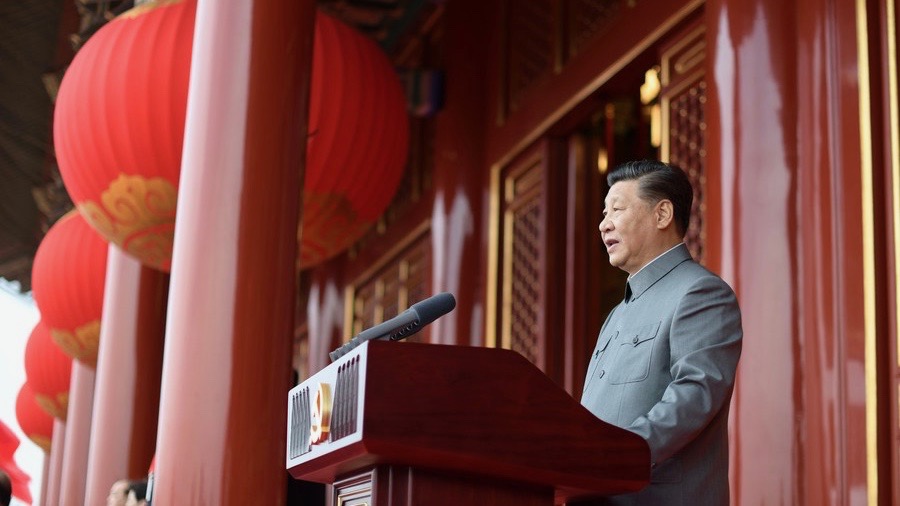 As China celebrates the major milestone of 100 years of the Communist Party of China, it also marks the achievement of the complete eradication of absolute poverty

On February 25, 2021, China’s President Xi Jinping announced that his country of 1.4 billion people had pulled its people out of poverty as it is defined internationally. Since 1981, 853 million Chinese people have lifted themselves out of poverty thanks to large-scale interventions from both the Chinese state and the Communist Party of China (CPC); according to the data of the World Bank, three out of four people worldwide who were lifted out of poverty live in China. “No country has been able to lift hundreds of millions of people out of poverty in such a short time,” Xi said.

When UN Secretary-General António Guterres visited China in September 2019, he gushed over this accomplishment, calling it the “greatest anti-poverty achievement in history.” “You reduced infant and maternal mortality rates, improved nutrition, reduced stunting and halved the proportion of the population without access to safe drinking water and sanitation,” Secretary Guterres said. In 1949, at the time of the Chinese Revolution, the infant mortality rate in China was 200 per 1,000 live births; this declined to fewer than 50 by 1980. A World Bank study from 1988 noted, “Much of China’s success in improving the health of its people can be attributed to the health policies and the national health service delivery system.” This is the historical context for Secretary Guterres’ 2019 comment; in other words, the Chinese state institutions—products of the revolution led by the CPC—improved the social conditions of life.

In 1949, China was one of the world’s poorest countries. Only 10 countries had a lower per capita GDP than China. Chairman Mao Zedong’s famous words at the inauguration of the People’s Republic of China—“The Chinese people have stood up”—is a reflection of a century of humiliations that produced terrible poverty in the country.

The degree of this national suffering may be seen in the fact that between 1840 and 1949 almost 100 million Chinese people died in wars, which directly resulted from foreign intervention, or were victims of civil wars and famines related to those interventions. China had suffered the longest Second World War, from 1937 to 1945 (with a civil war following that lasted until 1949); the death toll was at least 14 million (as documented by Rana Mitter in his book Forgotten Ally: China’s World War II, 1937-1945). From the Opium Wars beginning in 1839 to the Japanese invasion in 1931, China struggled to establish its sovereignty and its future.

It was the terrible burden of this past that brought together a range of radicals to establish the CPC in July 1921 in Shanghai. The small group of 13—including Mao—met in Shanghai’s French Concession and then on a tourist boat on Nanhu Lake after the foreign police came for them on the information of a spy. The principal task of the CPC was to organize and guide the working class. By May Day 1924, 100,000 workers marched in Shanghai, while 200,000 workers marched in Canton. “The time is past when workers are only cannon fodder for the bosses,” the workers wrote in a leaflet. The CPC threw itself into these struggles, growing through setbacks—including the Shanghai Massacre of 1927; leadership by the CPC in the protracted, anti-imperialist war against Japan led it to eventual victory in 1949.

The Chinese Revolution had to confront a broken state, a destroyed economy, and a society in deep turmoil. In 1949, China’s people lived three years less than the world average. They were less well-educated and deeply unhealthy. By 1978, they lived five years longer than the world average. Literacy rates had risen, and health care data showed a marked improvement. As China in 1978 was 22 percent of the world’s population, never in human history had such an immense step forward taken place.

From 1978, with the introduction of “reform and opening up,” China achieved the fastest economic growth ever calculated by a major country in recorded history. From 1978 to 2020, China’s annual average GDP growth was 9.2 percent. Since 1978, China’s household consumption has increased by 1,800 percent, twice that of any major country. This means that everyday life has improved markedly in China. China’s literacy rate is now 97.33 percent, up from 95.92 percent in 2010, far above the literacy rate of 20 percent in 1949.

By 2025, China will become a “high-income” economy by World Bank international standards, according to Justin Lin Yifu (a standing committee member of the Chinese People’s Political Consultative Conference National Committee, and dean and professor at the Institute of New Structural Economics of Peking University). That is, in about 75 years, a single lifetime, China will have gone from almost the world’s poorest country to a high-income economy—with all the enormous improvement in human living standards, life expectancy, education, culture, and numerous other dimensions of human welfare this results in.

With the foundation of the CPC 100 years ago by a handful of people, the Chinese people found a leadership that could deliver them from a struggle that dates back to 1839; now, the CPC will play a decisive role in deciding the fate not only of China but of the world. This historical context is too often lost when Western media and politicians play down China’s socioeconomic victories or imply they came out of nowhere. China’s people have fought for this outcome for centuries.

John Ross is a senior fellow at Chongyang Institute for Financial Studies, Renmin University of China. His writing on the Chinese and U.S. economies and geopolitics has been published widely online, and he is the author of two books published in China, Don’t Misunderstand China’s Economy and The Great Chess Game. His most recent book is China’s Great Road: Lessons for Marxist Theory and Socialist Practices (1804 Books, 2021). He was previously director of economic policy for the mayor of London.