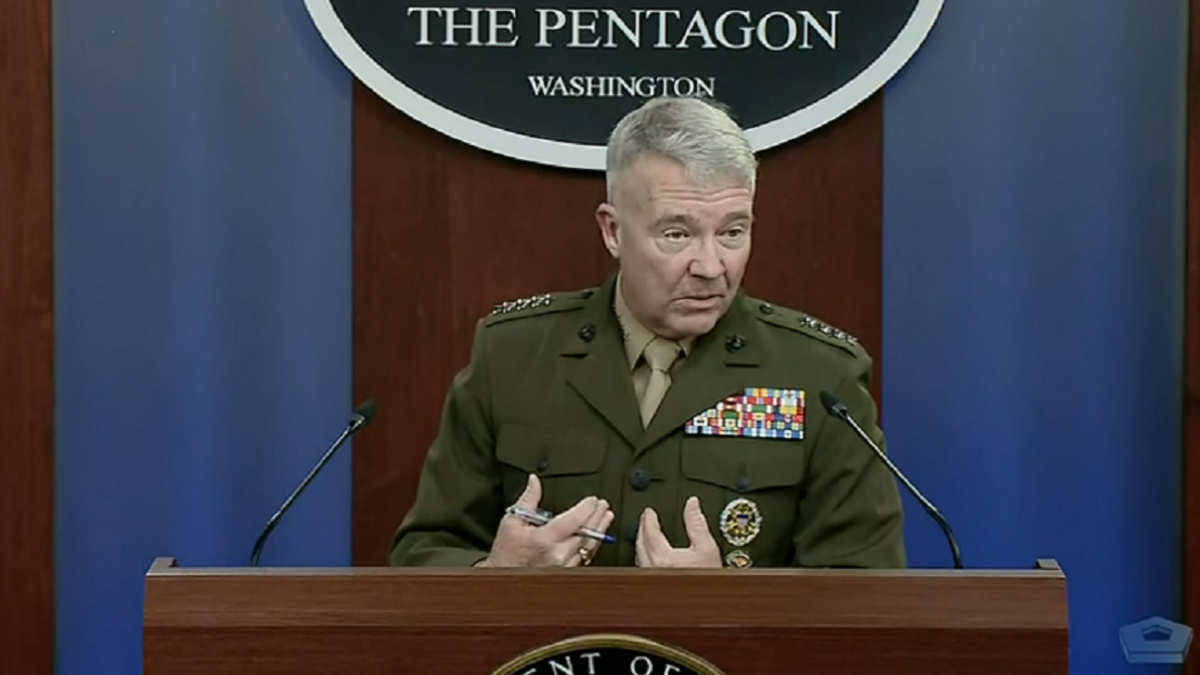 For twenty years U.S. Central Command (CENTCOM) has waged the bulk of military operations under the rubric of what Washington formerly named the War on Terror or Global War on Terrorism, including wars in and strikes against Afghanistan, Iraq, Pakistan, Syria and Yemen. The U.S. and its NATO allies have also based and transited combat forces in Kyrgyzstan, Tajikistan and Uzbekistan in support of the war in Afghanistan. In fact Central Command and the campaign against Sunni Muslim armed extremists have become almost synonymous, aside from operations in Somalia and far less so other parts of Africa. Though Somalia is directly across the Gulf of Aden from Yemen.

With Israel being transferred from U.S. European Command (the only non-European nation ever in that category) to CENTCOM earlier this year, there are now twenty-one nations covered by it. The others are Afghanistan, Bahrain, Egypt, Iran, Iraq, Jordan, Kazakhstan, Kuwait, Kyrgyzstan, Lebanon, Oman, Pakistan, Qatar, Saudi Arabia, Syria, Tajikistan, Turkmenistan, the United Arab Emirates, Uzbekistan and Yemen.

Notwithstanding the history of what were called anti-terrorist operations in many of the above nations, when the current commander of CENTCOM, General Kenneth McKenzie, testified before the Senate Armed Services Committee on April 22 this is how he prioritized his command’s concerns: He identified “the four global challenges that manifest across the USCENTCOM AOR [area of responsibility]: China, Russia, Iran, and Violent Extremist Organizations (VEOs).” The last term is a replacement for what until recently would have been deemed terrorist organizations. What had been the veritable raison d’être of CENTCOM has now become its last priority.

In the meantime confronting and combating China, Russia and Iran have succeeded fighting terrorism as the command’s military focus. This is in keeping with other Pentagon unified combatant commands – Africa Command, European Command, Indo-Pacific Command (P. 6-9), Northern Command, Southern Command (P. 31-38), Strategic Command and Space Command as well as the State Department, American intelligence agencies and the North Atlantic Treaty Organization – identifying Russia and China, separately and together, as the main global challengers that are being mobilized against in every spot on the earth.

Public perception has not kept pace with events. The center of the Pentagon’s strategic concentration is no longer regional, especially no longer on what in the past was variously called the Greater Middle East, the Broader Middle East or the New Middle East (roughly from Mauritania on the Atlantic Ocean to Kazakhstan on the Russian and Chinese borders), but in containing and confronting China and Russia, secondarily Iran and North Korea, throughout the world. There are no longer regional conflicts; there is a global conflict with regional manifestations, direct or by proxy as far as the U.S. military is concerned. Examples will appear below.

When in the course of his testimony McKenzie did mention violent extremist groups like al-Qaeda and the Islamic State of Iraq and Syria (ISIS), he also warned that the destabilization and governing crises they cause may allow China and Russia to “pursue steady economic and military measures that encroach on U.S. presence and influence in the region.” America’s dominant military presence and influence in the region is taken for granted. The CENTCOM commander seemed to indicate that Chinese and Russian influence in Central Asia, South Asia and the Middle East is a threat equivalent to that posed by al-Qaeda and ISIS. Though his ranking order as expressed earlier establishes that it rates fourth, behind those presented by China, Russia and Iran in his view.

The military commander further spoke of what he termed a line of effort to address “long-term strategic competition with China, combined with countering Russia” through the region that stretches from Egypt to Kazakhstan.

His detailed account of the threats both countries pose included this all-purpose denunciation that goes far beyond anything that could be depicted as military threats:

“Both nations leverage their proximity to the region, historical relations, and a perceived decline in U.S. engagement to establish and strengthen opportunistic relationships. China and Russia each seek ends in their own self-interest using different approaches. Russia plays the part of spoiler to the U.S., using military means, influence operations and grey-zone activities to undermine and disrupt U.S. influence and reassert its own global influence. China uses predominantly economic means to establish regional in-roads, with a long-term goal of expanding its military presence to secure vital routes of energy and trade.”

In his assessment of those threats during last year, he added:

“In 2020, China and Russia exploited ongoing regional crises, financial and infrastructure needs, perceptions of declining U.S. engagement, and the COVID-19 pandemic to advance theirobjectives across the Middle East and Central and South Asia (CASA) nations to gain or enhance influence in the region.”

Note that he twice mentioned what he claimed was a decline in U.S. engagement in a transparent suggestion that the decline be reversed.

China is also accused of nefariously employing various stratagems, “predominantly diplomatic and economic,” to expand its influence in CENTCOM’s area of responsibility. In McKenzie’s exact words it is using medical diplomacy, debt traps and the Belt and Road Initiative to achieve its – to him – illegitimate designs.

His future projections of Chinese and Russia threats to the region – five of the nations in CENTCOM’s area of responsibility border China – include China planning to increase defense ties with other nations with arms sales, military exercises and “multilateral organizations such as the Shanghai Cooperation Organization,” and building trade relations with nations in the Middle East in part to gain access to energy resources. (He conceded China currently imports 50% of its oil and 40% of its natural gas from the Middle East.) This was an American military commander speaking. The Pentagon has military ties with all the twenty-one nations in CENTCOM’s area of responsibility except for Iran, Lebanon, Syria and Turkmenistan. It has troops and military installations in about half of them. As for Washington’s access to energy sources in the Middle East, nothing need be said except that it doesn’t choose to share it. He also accused China of harboring plans to establish a military presence in the region. Presumably McKenzie reserves that right exclusively to the U.S. and its NATO allies.

As to Russia, although unlike China it “does not play a long game,” it nevertheless is “equally disruptive to the region.” He engaged in lengthy speculation regarding Russia’s motives and designs, attributing to the country (in his words) undermining and disrupting American influence in the region – five of the countries covered by CENTCOM are former republics of the Soviet Union – seemingly gratuitously playing the spoiler and promoting its national interests in the oil, nuclear energy, trade and arms sales sectors. If those are hostile policies, what aren’t?

He cast Russia as the villain in the war in Syria, where he said it “regularly interferes with the Global Coalition’s D-ISIS campaign….”

As mentioned above, the Pentagon, and the West as a whole, is apparently incapable of viewing any armed conflict, even within a nation, as anything other than a proxy war with Russia, China or Iran, often two or more at the same time. The next paragraph provides another example.

Regarding the humanitarian catastrophe in Yemen, he evinced no sympathy for the civilian victims of government and Saudi military attacks, but portrayed Saudi Arabia as the victim and Iran as the perpetrator of all aggression. At one point he claimed “Iranian-aided Houthi forces” have launched 150 missile and drone attacks in Saudi Arabia, but no mention was made of over seven years of Saudi air attacks and naval blockade in the nation. Instead McKenzie confirmed that CENTCOM “remains committed to helping defend Saudi Arabia.”

The broad swathe of strategic territory CENTCOM assigns to itself, as indeed the rest of the world, has gone beyond Zbigniew Brzezinski’s grand chessboard to becoming a battleground in which the U.S. and its allies on one hand and Russia, China and Iran on the other are fighting a pitched battle. One not of the latter three nations’ choosing.