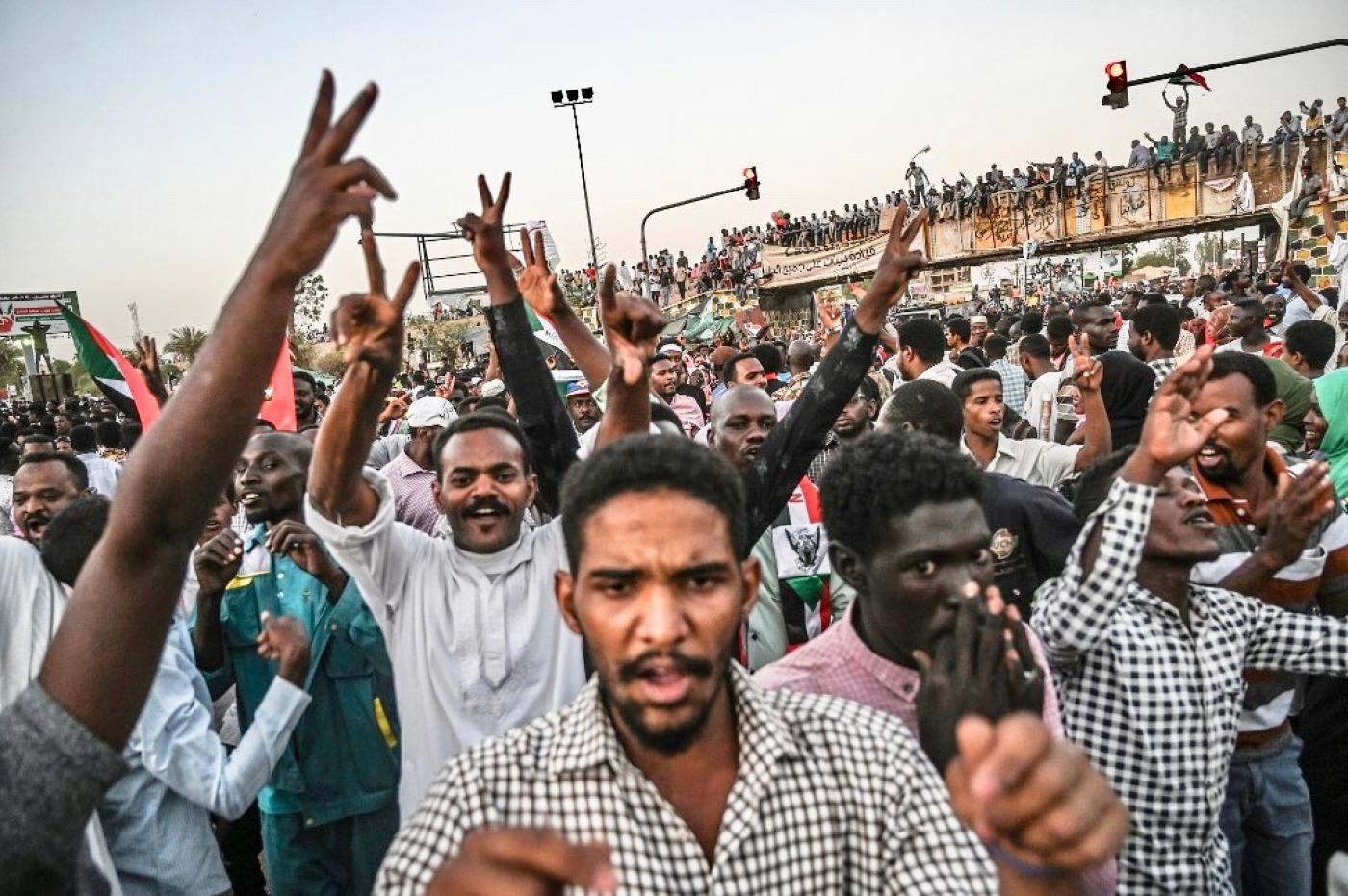 In Sudan, negotiations between the representatives of the civilian protesters and the Transitional Military Council to effect a transition of power to the former have broken down.

At the press conference held on the night of April 21, the Declaration of Freedom and Change Forces (DFCF), which represents the civilian forces, announced the decision. The press conference was held before tens of thousands of people who had remained at the sit-in demonstration before the general command of the armed forces in Khartoum

Accusing the council of being “insincere”, this umbrella organization called for the continuation of mass-demonstrations until the junta transfers power to the civilian forces.

The DFCF consists of multiple opposition parties and the Sudanese Professionals Association (SPA), which is made up of representatives from multiple organizations of doctors, lawyers, trade unions etc. It was hoping to finalize the details of the transfer of power ahead of the press conference. These authorities, as per the DFCF declaration, were set to form a transitional government for four years before holding an election.

Within this period, the transitional government was to be tasked with bringing an end to the ongoing civil war by engaging with the numerous armed rebel groups, with punishing those members of the ousted Omar al-Bashir’s regime who have perpetrated atrocities against human rights, and with taking appropriate measures to resolve the economic crisis which has lead to shortages of basic commodities, including bread. However, this transitional government, which was envisioned to take charge of the country after the removal of Bashir did not transpire.

On April 11, following almost four months of unrelenting mass-demonstrations, the army was finally compelled to remove Bashir from office. In the preceding days, hundreds of thousands had gathered before its general command in Khartoum, and large sections of soldiers and junior officers sided with the demonstrators.

On the night before the military ousted Bashir, the president had told the army, “You have 48 hours to get rid of everyone in front of the General Command,” revealed senior journalist, Osman Mirghani, editor-in-chief of the El Tayyar newspaper.

Addressing the sit-in demonstration on the evening of April 18, he said the leaders of the military council currently ruling the country had told him that Bashir, citing the 8th century Maliki doctrine, had told the army that a leader was allowed “to kill 30% of his people, and some hardliners even say 50%.”

It was, he said, following this instruction to massacre by Bashir that the army leadership decided to oust Bashir. However, while celebrations were underway in the streets across Sudan after the military took their side, the army announced that it would be ruling the country for a period of two years, following which elections would be held.

This marked the beginning of a new tussle between the civilian forces – who were demanding an immediate transfer of power – and the military council, which was headed by Awad Ibn Auf, who was the defense minister under Bashir’s regime.

Outraged to see another member of the ruling elite taking the reins, the protesters refused to disperse until power was handed over to the civilian authorities who had led the uprising. This forced Awad Ibn Auf to resign to “preserve unity” of the armed forces. Lieutenant general Abdel Fattah al-Burhan, the general inspector of the armed forces, who had previously engaged with the protesters, took over.

The SPA termed this a “triumph of the will of the masses” but called for a “total strike until the full transfer of power” to the civilian forces. Another massive march by protesters, defying the night-time curfew, forced al-Burhan, on April 14, to withdraw the curfew.

The military council also ordered the arrest of al-Bashir and his brothers, as well as raids on al-Bashir’s house which led to the recovery of USD 351 million, Euroas 6.7, British pounds 5.2 million and 5 billion worth of Sudanese pounds, which at the time was worth about USD 105 million.

The civilian forces welcomed these raids but kept up the pressure on the transfer of power. It was this pressure that forced the negotiations on April 21. In the aftermath, protests are set to continue until the Sudanese people achieve their goals.

Sudan’s protesters have the advantage but must safeguard their victories 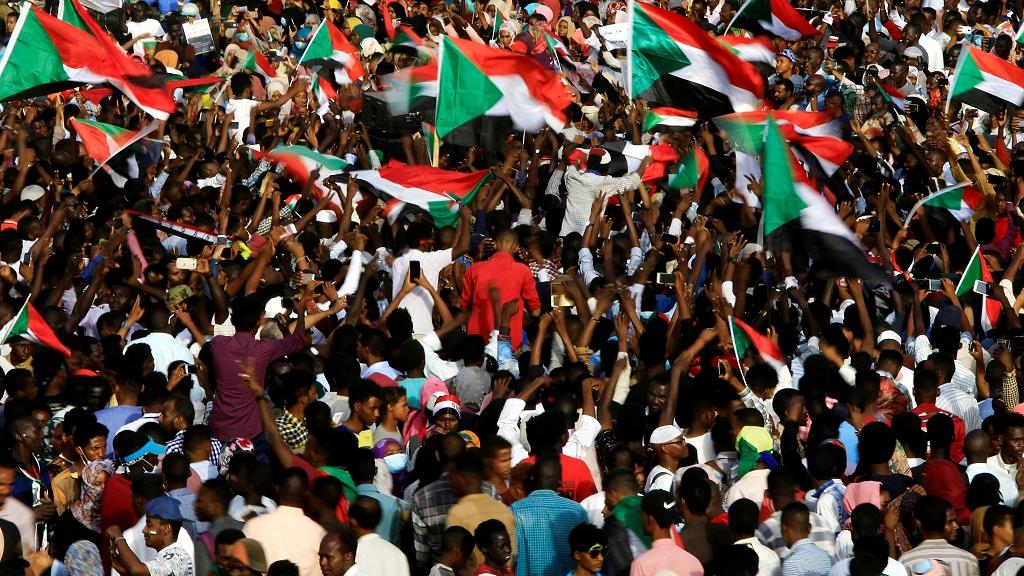 The Sudanese uprising which began in December continues in full strength as protesters are mobilizing to ensure the complete dismantling of the erstwhile regime. The opposition coalition has even announced the formation of a civilian transitional authority. The new military-led dispensation that took control on April 11 has sent former president Omar al-Bashir into solitary confinement and arrested his brothers. But the protesters are unsatisfied and are seeking the immediate transfer of power to civilian authorities.

On April 18, under the banner of the Declaration of Freedom and Change Forces (DFCF), the opposition issued a set of demands reiterating the establishment of a technocratic Transitional Civil Authority for four years. Their three specific demands, published on the website of Sudanese Professional Association are:

The articulation of these demands is a sign of the constant deliberations among the constituent members of the DFCF. The DCF also had a round of discussions with the transitional military council led by general Abdul Fatah al-Burhan, who replaced General Ahmed Awad Ibn Auf on April 12. General Auf’s appointment after the resignation of Omar al Bashir was opposed by the DFCF on the grounds that he was the defence minister in Bashir’s government and a known loyalist.

Other major demands of the protesters include the reinstatement of 2005 constitution which was suspended due to the imposition of emergency in February and immediate redressal of the economic problems faced by the people. The economic suffering of people, caused by the failure of neoliberal economic policies initiated under Bashir’s rule, was the immediate reason for the popular anger. The economic suffering became unmanageable post the loss of crucial oil revenues (almost 75% of it) since 2011 after the creation of South Sudan. Massive inflation (68%) which led to tripling of the prices of some essential commodities, high unemployment rate among the youth (20%), and lack of enough currency notes led to people revolting against the regime which was any way unpopular due to its history of political oppression.

The domination of leftists and progressives in the popular resistance so far has kept the obscurantist religious forces away from the protests. Major Islamist forces have lost their credibility among the protesters due to their constant support of the Bashir regime. This composition of the opposition has been  one of the reasons for the greater participation of women in the current revolution. Omar al-Bashir’s military-backed regime was known for implementing a regressive set of laws which denied women equality and freedom.

His National Congress Party had created a number of auxiliary groups to oppress the opposition such as National Intelligence Security Services (NISS) that was directly under the control of the party head. The NISS was known for arresting and torturing opposition forces.

On April 13, after its meeting with the Military Council, the DFCF also demanded the dissolution of all the organs of the National Congress Party and arrest of its leaders. They demanded the abolition of the regressive laws related to women enacted by the regime. The soldiers who stood with the uprising and refused to do the bidding of their bosses are very popular among the protesters. Some of them had been arrested by the regime for violating the order. The DCFC has also demanded the release of these soldiers along with other common protesters.

On April 18, the DFCF also expressed its intention to go ahead with the formation of a ‘civilian transitional authority’ unilaterally if the military council fails to do so. This might lead to some kind of hostility between the protesters and the military if the former chooses to react. Since there is a strong international pressure to hand the power to the civilians, it looks like DCFC will have its demand met. However, even the DCFC would like to maintain the protection of the military to the civilian government. They have clearly stated the intention of having the same in their declaration.

Meanwhile, there are already voices of anger and dissent against the military among the people because of the appointment of Mohammad Hassan Hamdan Daglo (Hemeti) as the deputy of General Burhan. He has been accused of crimes against humanity in the Darfur region earlier. He is also in charge of Sudanese forces fighting in Yemen.

The opposition is united despite some minor disagreements which were reported in the media. The disagreement is related to the composition of the delegation to carry forward the talks with the military council. This has been resolved for a while. However, the ideological diversity of DCFC is a challenge the constituents will have to deal with in the long run.

One major point of disagreement would be the future of Sudanese involvement in the war in Yemen. The Bashir government, in an unpopular move, decided to participate in the Saudi-led offensive against the Houthis in Yemen primarily because it wanted to end its isolation in international politics and win the support of the US. The US rewarded Sudan with the withdrawal of economic sanctions in 2017. Most of the opposition forces would want the end of the war. However, the military and some other political formations would not like to be hostile to the US at the moment.

The troika of UK, the US and Norway, which enjoys leverage with the Sudanese military establishment, and its regional allies, including the Saudis and UAE, are reported to be pushing the military to hand over the power to a civilian government as soon as possible. The African Union too had demanded the same and threatened Sudan with expulsion otherwise. Given the economic condition of the country, which will need a lot of external support to stabilize, the military establishment is in no position to assert its power now.

However, given the weaknesses among the opposition forces and penetration of the military in the formal institutions, it would be very difficult for any civilian administration to keep it away from power. That will require constant unity among the opposition forces. It will also depend on the vigil of the protesters. One should not forget that on both the previous occasions, in 1965 and 1985, the military came back to power replacing the transitional governments. The Sudanese protesters would also keep in mind the experiences in neighboring Egypt, where the victories of the Arab Spring were rolled back after a military coup.