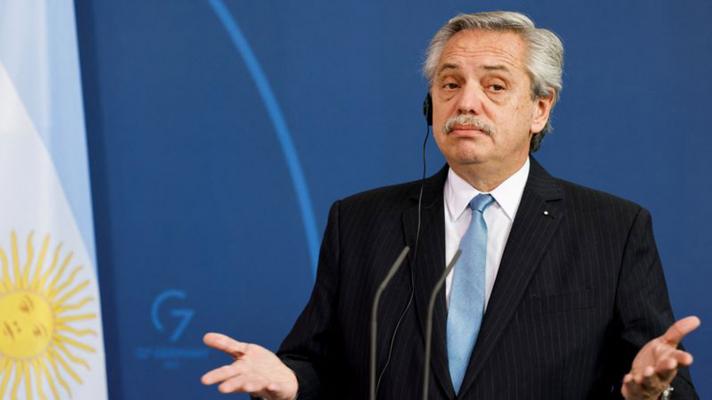 Argentine sovereignty is injured and its State will not provide security guarantees even to high-level politicians, both national and international ( Photo: Hannibal Hanschke / Reuters )

For many it has been a total surprise that President Nicolás Maduro has not traveled to Buenos Aires to participate in the VII CELAC Summit. It is an important event and this organization was primarily driven by Venezuela from its beginnings to the present, so government representation is essential in a context of challenges towards regional integration.

The context in which the trip was cancelled must be understood, under information that a plan of aggression against the Venezuelan delegation was taking shape.

Over the last couple of weeks, a negative campaign against the Venezuelan president has been on the rise in Argentina with political and judicial operators as protagonists, all of them from the opposition linked to the mutation of the “interim government” now known as “delegated commission” (supported by the United States) and mainly from the “Macrismo” party. The anti-Chavism there and here took the reins of the maneuver and said it was impossible for a “dictator” to touch the sacred soil of the liberal democracy of the southernmost part of the continent. The political opinionology was shown again in all its misery around that hackneyed topic for years.

To this was added the intention to prosecute the figure of Maduro on Argentine soil, should he land in Ezeiza. Two lawsuits were filed before the Buenos Aires courts and Patricia Bullrich, president of Propuesta Republicana (PRO),  said a few days ago that “if Nicolás Maduro comes to Argentina he must be arrested immediately for having committed crimes against humanity”.

That a character such as Bullrich, who no longer holds governmental positions and, therefore, has no power to make her judicial dreams come true, endorses a political pressure and is capable of violating the context of the presence of the Venezuelan president in the VII Summit of CELAC, over the consent of Fernandez to participate, being the host of a summit of continental importance, clearly speaks of his lack of consistency as head of government and State and demonstrates his weakness before the rest of his peers.

In a recent article published in this tribune, it was suggested that the position of the government of Alberto Fernandez before the harassment against the Venezuelan president was ambiguous and, in addition, for the internal jurisdictions, lacked a worthy security framework for a Head of State who has had an arrest warrant from the FBI since the years of Donald Trump’s administration. The lack of firmness in the face of the threats surrounding the Chavista ruler caused Venezuela to replace the presidential delegation with the presence of Foreign Minister Yván Gil in Buenos Aires.

Given the events of the last few weeks, some contingency that could undermine the president’s participation was to be expected, taking into account the onerous history of the Fernandez administration to ensure the necessary security.

Let us take as an example the Emtrasur plane and its crew, a paradigmatic case of recent date; the former was hijacked with the permission of the FBI, in full compliance with the illegal sanctions and in tune with the asphyxiation framework that right-wing governments would be proud to comply with; with the additive that the crew members were prosecuted without evidence of any kind, unless rumors of “terrorism” by Israeli and American Zionism are qualified as evidence of any illegality involved.

Furthermore, the Fernández government could have vetoed the events of the Emtrasur case under the framework of Argentina’s own constitutional jurisdiction, therefore there was a component of negligence  in the matter, however, the US will and the offensive of the Buenos Aires judicial sewers were more powerful than national sovereignty. There has been no reparation for what happened, and even so, the Venezuelan government has maintained stable relations with Argentina.

To this can be added the fact that they were unable to provide the necessary security to Cristina Fernandez, vice-president and top leader of Kirchnerism, when they tried to assassinate her  in September 2022. The successive failures in her circle of protection occurred before the attack, and also afterwards, while she was still greeting her followers near her residence.

A state that cannot guarantee a ruler of its own country a minimum security framework for her protection, in view of the constant threats that Cristina Fernandez has been experiencing for some time, much less can it provide support to a criminalized president such as Nicolas Maduro.

The Argentine sovereignty is undermined and its State does not provide security guarantees even to high level politicians, both national and international, considering that human rights are one of the most sensitive issues to the official rhetoric of Alberto Fernandez; the fact that the Venezuelan president could not attend the VII Summit of CELAC is a clear indication of this.