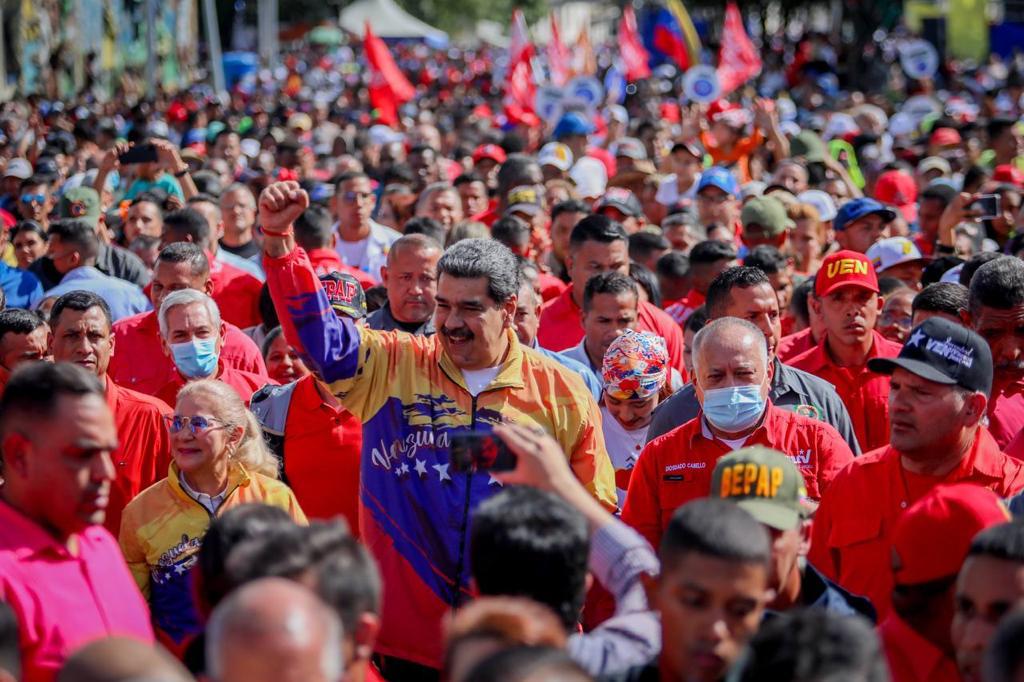 Regarding the VII Summit of Heads, Heads and Representatives of State and Government of the Community of Latin American and Caribbean States ( CELAC ), the President of the Bolivarian Republic of Venezuela, Nicolás Maduro Moros, He reiterated that “ there will be no threat or aggression that can stop the progressive wave that has risen in Latin America and the Caribbean to build the definitive union of our peoples”.

This was expressed by the head of the Venezuelan State, through his account on the social network Twitter, @NicolasMaduro, where he expressed that «Venezuela raises its Bolivarian voice in defense of regional integration».

In this context, the Venezuelan Government denounced in a statement about a plan outlined by the national extreme right that aims to undermine the development of the VII CELAC Summit.

Faced with this scenario, the Bolivarian Government decided to send the Foreign Minister of the Republic Yván Gil as head of delegation with instructions to bring the voice of the People of Venezuela before the highest instance of CELAC.

It is worth noting that as part of regional integration, President Maduro during his speech at the concentration of the people on the occasion of the 65th anniversary of the overthrow of the Perez-Jimen dictatorship, supported the initiative of its counterparts from Argentina Alberto Fernández and Brazil Luiz Inácio Lula da Silva to create a common currency for Latin America and the Caribbean.

The Bolivarian Republic of Venezuela, first of all, highlights the historical and strategic importance of the VII Summit of Heads of State and Government of the Community of Latin American and Caribbean States (CELAC), to be held in the city of Buenos Aires on January 24 of this year. As a founding State, we place ourselves in the front line to ensure the success of our main mechanism for regional union and integration in favor of our peoples.

That is why we wish to announce that in the last hours we have been informed, in an irrefutable manner, of a plan elaborated within the neo-fascist right wing, whose objective is to carry out a series of aggressive actions against our delegation headed by the President of the Republic, Nicolás Maduro Moros, for which they intend to mount a deplorable “show”, in order to disrupt the positive effects of such an important regional meeting, and thus contribute to the discrediting campaign – already failed – that has been launched against our country by the North American empire.

However, in view of this scenario of extravagant plans designed by right-wing extremists, alienated to interests external to our region; and with the purpose of contributing to the positive development and successful culmination of the Summit in question, we have taken the responsible decision to send the Foreign Minister of our country, as Head of Delegation, with the instructions to carry the voice of the People of Venezuela before the highest instance of CELAC, as well as to carry out the necessary interactions that will be developed among the 33 delegations present at this event, at all levels.

The Government of the Bolivarian Republic of Venezuela thanks the President of the Republic of Argentina, Alberto Fernández, for his cordial invitation and for his firm position to guarantee the success of this great meeting.

The Bolivarian Government reaffirms, once again, before the CELAC member countries and our peoples, the unwavering commitment to promote unity and integration as a fundamental path towards the independence and development of our region.

Why President Maduro Canceled His Attendance at the VII CELAC Summit

Latin American and Caribbean Integration from a Sovereign Perspective

Brazil and Argentina to Advance Discussions on South American Currency

“Venezuela is ready and supports the initiative to create a Latin American and Caribbean currency,” says President @NicolasMaduro who will not be travelling to Argentina to participate in the CELAC summit due to threats.