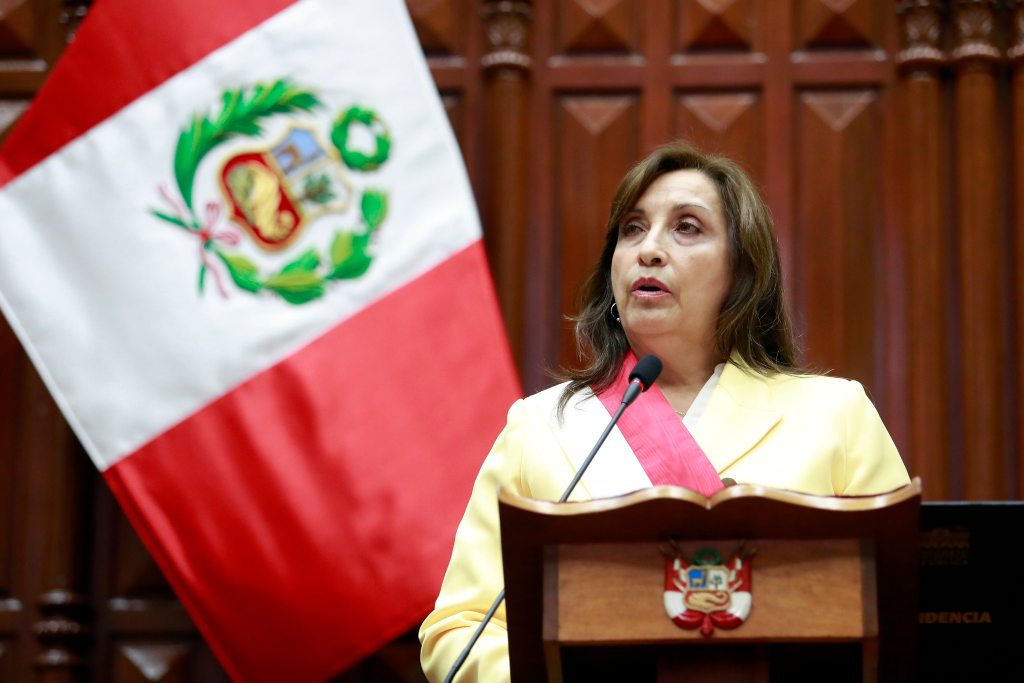 This Wednesday was a particularly complicated day in Peru. In a few hours the ultra-right partially achieved its goal: to overthrow the government of Pedro Castillo and open the way to a new scenario in national life, in which it can preserve its privileges and recover its positions of power, in some way questioned by the regime established as of July 28 last year.

After a few hours of tension, Dina Boluarte, the Vice-President of the Republic, was installed as head of State and called for the “unity of all Peruvians”.

This outcome was somewhat unexpected. And it was precipitated because Castillo himself made what could be called a leap into the void. Without coordinating with anyone, without seeking the support of the social and mass organizations, without the support of the Armed Forces or of the political collectives with progressive and advanced positions, he decided to establish an Emergency Government, dissolving the other branches of government.

This surprised the citizens and the popular movement as a whole, and was responded to by the most reactionary sectors of national life.

There was a possibility that the reaction would pressure Dina Boluarte to resign as Vice President, in which case the power would immediately pass to the President of Congress, former General José Williams Zapata. This pressure did not exist, and in the afternoon, the first woman to be sworn in as President of the Republic was sworn in.

Dina Boluarte has made a call for “national unity”, understood as the sum of all the political forces acting in the Peruvian scenario. We will see what will be the composition of her first Ministerial Cabinet.

For the time being, the Peruvian ultra-right has sung victory. It is aware that it has managed to get rid of a president it detested and wanted to overthrow since the beginning of his administration. However, it has not been able to fully impose itself. Although Dina Boluarte is not a “militant of the left”, she cannot be compared to Jannine Añez, the Bolivian who replaced Evo Morales in La Paz.

It is not foreseeable, however, that she will follow Castillo’s path, nor that she will engage in any popular battle. She will try to “ride the wave” until 2026, trying not to be devoured by the Mafia on the prowl.

From this accumulation of circumstances, some lessons can be deduced. Let’s see:

Castillo represented a Popular, Democratic and Progressive Government. He could not be considered, by the way, neither leftist, revolutionary nor socialist. It was not indispensable for the Left to support him in terms of personal adhesion, but to help him in his administration for the fulfillment of his Unity Program, subscribed by all the forces of the popular movement, which would give him victory in June 2021.

He led a weak, precarious and largely inconsistent government. In truth, he did not manage to govern because from the first day he was harassed by an intense campaign of hatred unleashed against him by the traditional oligarchic nuclei. He never counted on the real collaboration of the left -which he sought very little- and he surrounded himself with a group of very questionable “advisors” who finally became evident for their ineptitude and corruption. By their actions, he was severely compromised.

Randomly, Castillo reacted belatedly to the enemy’s campaign. In doing so, he opted for the path of “direct dealings” between himself and the populations of the interior of the country, ignoring the natural links created by the popular movement itself. Moreover, his “collaborators” acted outside the masses because they did not come from the heart of the people either.

That is why he could not realize the real situation, nor perceive his political isolation. He thought that by relying on people who could “scare” his enemies, he could neutralize them, and that did not happen.

In this way it was confirmed that it is not possible to lead a process of change without forging the unity of the popular movement, without organizing the masses and politicizing them. Nor, turning our backs on their struggles.

The future of the country is at risk. In the interior there will undoubtedly be mobilizations in support of the deposed President. Their fear of them was what induced their reaction not to assume power directly, but to accept Dina Boluarte as a “mediator”, but she has neither a Party nor an organized force to back her up. It is foreseeable that she will have even greater difficulties than Castillo in the perspective.

It is foreseeable that the new administration will register negative changes. The media, which claimed to be on the verge of bankruptcy for not receiving subsidies from the State, will obtain juicy compensations. But both will not change their attitude. They will continue their struggle against the people so that greater difficulties are foreseen in the future.

In terms of foreign policy, this will also be felt. A “cooling” of ties with some sister countries is foreseeable, especially Mexico, Venezuela, Nicaragua, or even Cuba; because the ultra-right will continue its campaign against them.

In other words, the battle of the Peruvians will be harder and more difficult, but it will have to be faced. 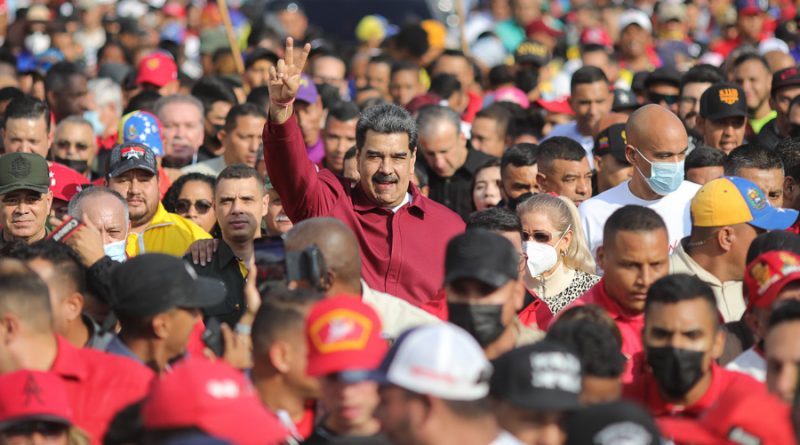 President Nicolas Maduro spoke about the developments in Peru before a massive crowd at the end of a march to commemorate “Day of Love and Loyalty to Comandante Hugo Chavez”. Today the country honors the late leader of the Bolivarian Revolution on the tenth anniversary of his final address to the Venezuelan people. Below is a transcript of the President’s remarks.

“The Peruvian people elected a teacher to the presidency, Pedro Castillo. And from the first moment of the election they didn’t want to recognize his triumph. In the end, forced by reality, they had to recognize his triumph as president. And once sworn in on July 28, 2021, the conspiracy for a parliamentary coup begins and the attack begins.

"They are the oligarchic elites that wont allow a simple teacher to reach the presidency of Peru to try to govern for the people." @NicolasMaduro pic.twitter.com/ZimVx8WZUq

The attrition. Vote of no confidence against ministers. Against the heads of the cabinet. A permanent harassment. Until they took him away. Blow by blow. Harassment, in a parliamentary, political and judicial persecution without limit, they took him to the extreme of trying to dissolve the Congress of Peru. All the circumstances we’ve seen. They are the oligarchic elites that wont allow a simple teacher to reach the presidency of Peru and try to govern for the people.

All of the right-wing has attacked the president, former president Pedro Castillo, and now comes the stage of humiliation. Now they are going to humiliate him.

I only make a reflection and I hope that the Peruvian people, within the framework of its Constitution, will sooner rather than later achieve its path of liberation, its path of true democracy, its path of happiness and full realization. Peace for Peru! Democracy for Peru! Equality for Peru! Justice for Peru! We Bolivarians ask from South America with our love.”

BREAKING: Vice President Dina Boluarte is sworn in as President of Peru following the legislative coup against Pedro Castillo. pic.twitter.com/D9dKCgBpTk

Peruvians are marching in Lima to demand the closure of the right-wing majority congress that just ousted Pedro Castillo in a legislative coup.

Rural indigenous communities are said to be marching towards the capital tonight. pic.twitter.com/bcNOgVztkX

Mexico's president confirms that Pedro Castillo called to notify that he was going to the Mexican embassy in Lima to request asylum. pic.twitter.com/Hgp1Zijkfi

President Castillo Installs a ‘Government of Exception’ in Peru