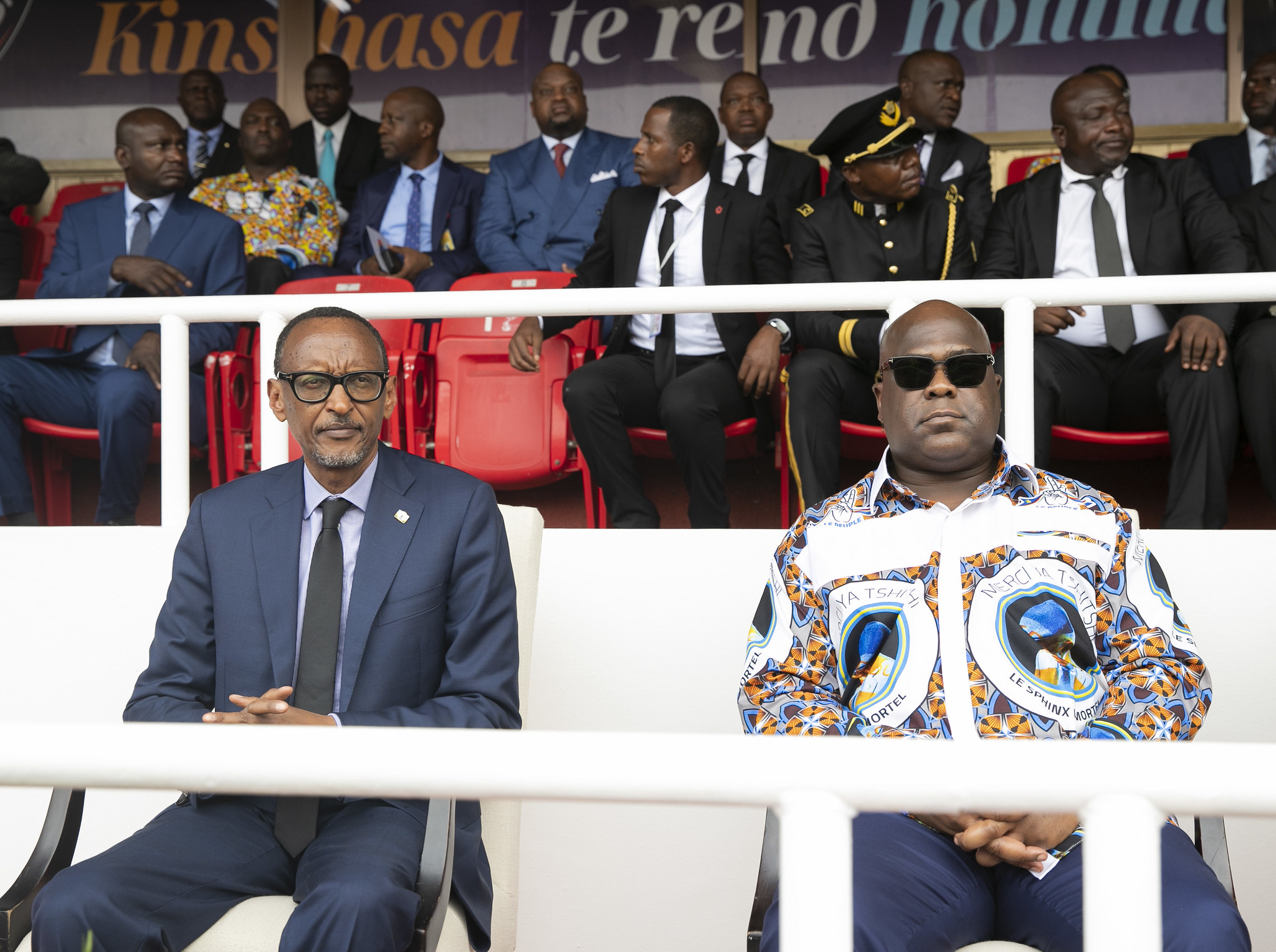 The international community’s limited attention span is laser-focused on jihadism in the Sahel and the imploding Horn of Africa. But interstate war is potentially brewing in the eastern DRC.

It’s happening again. A Rwandan-backed rebel force threatens the Congolese provincial capital of Goma while foreign intervention is cobbled together to bail out the struggling Congolese army. Unlike the last two or three times this happened, the conflict faces the prospect of horrific escalation into interstate war. Rwandan and Kenyan troops are racing headfirst into a confrontation. As Kenya airlifts troops into the east under the flag of the East Africa Community (EAC), the Rwandan soldiers embedded within the M23 rebellion show no signs of backing down. These two African states, each claiming to have the most professional force in the region, will soon trade blows.

Nearly thirty years of complex, multilayered, and tragic war in the Great Lakes have led to this latest escalation. The eastern DRC never recovered from the deadly inferno that was “Africa’s great war,” a bitter conflict that drew in nine countries and killed as many as five million. While peace was declared in 2003, the embers of war continued to burn in the eastern DRC, where the war had injected violence into local politics. Local violence continues to blend with national- and regional-level politics. Rwanda, which has complex and often competitive relationships with Uganda and Burundi, has a history of repeatedly creating and supporting rebellions in Congo. While this current M23 rebellion has many Congolese members with genuine grievances, the force is historically constructed and supported by the Rwandan state. While it is unclear what exactly motivated this offensive, some point to Rwandan concerns over the growing influence of rival Uganda in the DRC. The relationship between Uganda and Rwanda is not straightforward, and there are reports that Ugandan elements have supported M23. The regional tensions at play here are unclear, as the Ugandan and Congolese states are not unitary actors. According to leaked UN reports, Rwanda is directly assisting this latest iteration of M23 with infantry, artillery, and logistics. It has easily beat back the Congolese regulars and their militia allies and downed UN and Congolese military aircraft.

In response to the escalation, the regional EAC has announced the deployment of a military force at the invitation of the DRC, its newest member. Kenya seems to have been the power player behind this intervention and has begun deploying its forces into the fight. The international community has slowly lost interest in the region, writing off the turbulence in the Great Lakes as an endemic low-intensity conflict, ignoring the possibility of an explosion. Some in Kenya, the regional economic powerhouse, dream of an East African unified market where a pacified region ensures that Kenyan goods are supplied to Congolese consumers. Rwanda believes that it can only be secure if it has influence in Eastern Congo, where various rebel forces opposing the Rwandan regime have sheltered. When that influence wanes, Rwanda backs a rebellion to ensure that its influence continues.

Whether you believe that Rwandan meddling and Kenyan-backed EAC intervention are valid responses to the insecurity on their western flanks, the current escalatory track is dangerous. No one is backing down until blood is spilled. Both sides seem to underestimate the other’s will and ability.

The new kid on the block, Congolese President Felix Tshisekedi, demands a military solution and proclaims negotiations a failure. He is inviting foreign armies across the region into the country to bring him the peace he needs to salvage his falling popularity. All the while, the badly needed security sector reform remains stalled by the great Congolese patronage machine. Under the EAC regional force’s flag, Ugandan and Burundian forces are now in the DRC to pursue their own enemies on Congolese soil, raising the possibility of inciting countermobilization. The eastern Congolese conflict ecosystem often reacts to foreign bodies with a violent immune response that would further inflame the conflict.

The limited attention span that the international community reserves for Africa is laser-focused on jihadism in the Sahel and the imploding Horn of Africa. Former US National Security Council Africa lead Cameron Hudson pronounced on Twitter and to The Telegraph that the war in Tigray was “the new great war for Africa.” Unfortunately, the ashes of the last great war are being stoked yet again. Few players in the international game seem to realize the stakes.

The US did send its top diplomat, Secretary of State Antony Blinken, to talk to both the Congolese and Rwandans. Blinken’s public statements were ripe with both-sidesisms and seemed to accept Rwandan behavior as a response to Congolese support to the genocidal Rwandan FDLR rebel group—a problematic assumption. The Congolese political elite, when being generous, complain that the US position is muddled and confused. This reasonable view is much less popular than theories that accuse the Americans of actively backing Rwandan president Kagame’s plots. Unfortunately, these conspiracy theories are grounded in real historical US blindness to—and occasional support for—destructive Rwandan interventionism in the late 1990s.

The apathetic international response to the crisis stands in marked contrast to the global response to the previous M23 rebellion nearly ten years ago, when the US publicly pressured Rwanda to withdraw support for the group. In 2013, a combination of the Southern African Development Community’s intervention under the UN flag, the rise of a capable Congolese army colonel, and US pressure led to successful negotiations with Rwanda and the defeat of M23. This time, attempts by the EAC to bring a diplomatic solution have failed thus far, and it seems that military pressure is the only effective tool the community can bring to bear.

This conflict is not doomed to descend into a larger interstate war, but the region as a whole will have to grapple with the consequences if it does. The international community must bring more diplomatic levers to bear, and the EAC must question the sweeping mandate of their current intervention. Regardless, the war is on an escalatory path, and the Congolese of North Kivu will suffer first as foreign forces battle over their home yet again.