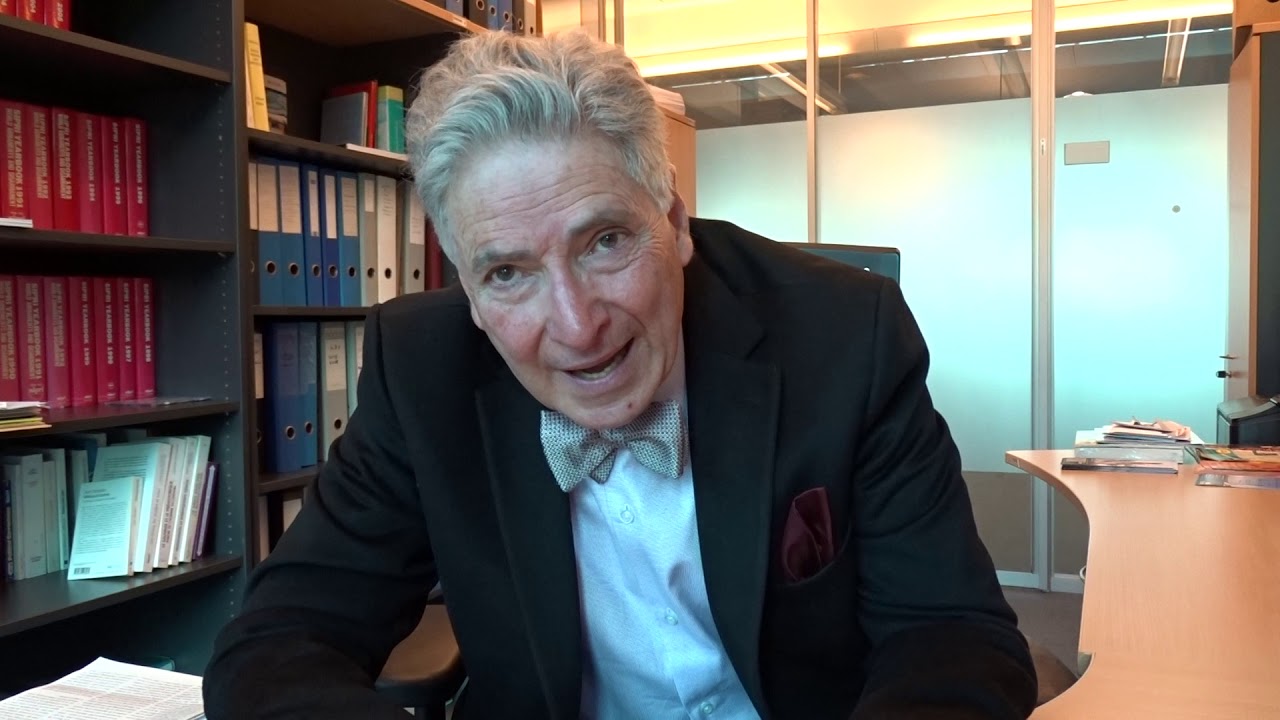 In the wake of the controversies and heated debate generated in the wake of the referenda held last September in the regions of the Donbas, it became necessary for me to get some clarity on the legal issues surrounding this event.

A graduate of Harvard Law School, Dr. Alfred de Zayas served as the first UN Independent Expert on the Promotion of a Democratic and Equitable International Order, appointed by the United Nations Human Rights Council (2012-18). He worked with the United Nations from 1981 to 2003 as a senior lawyer with the Office of the UN High Commissioner for Human Rights, Secretary of the UN Human Rights Committee, and the Chief of Petitions.

Arnaud Develay: What is your analysis of the predicament facing Russian-speaking minorities living in the Donbas regions in the wake of the events of the Maidan? Could the actions of the Ukrainian government these past eight years be constitutive of an attempt to commit genocide on these populations?

Alfred de Zayas: The Russian population in Donbas certainly had reason to feel threatened in light of the virulence of the anti-Russian rhetoric by the leaders of the Maidan coup and the anti-Russian legislation adopted by the putsch-Parliament.

The level of hatred expressed by politicians and media certainly constituted “hate speech” and violated Article 20 of the International Covenant on Civil and Political Rights (ICCPR), which prohibits both propaganda for war and incitement to hatred and discrimination.

The shelling of population centers in Donbas 2014-2022 entailed war crimes and crimes against humanity, but did not amount to genocide for purposes of the 1948 Genocide Convention.

While Article 2 of the 1948 Genocide Convention has five categories, it does not include cultural genocide. It is wiser to avoid hyperbole. War crimes and crimes against humanity under Articles 7 and 8 of the Statute of Rome are bad enough.

Ukraine is certainly in violation of Articles 19 and 27 of the ICCPR.

Moreover, Ukraine is in violation of common Article 1 of the ICCPR and ICESCR, which stipulates the right of self-determination of all peoples, necessarily including the Russian populations of Crimea and Donbas. Article 1 reads as follows:

Arnaud Develay: Did the Russian Federation act in the spirit of the UN Charter as it sought to engage in diplomacy rather than succumb to the calls of those advocating for immediate military intervention as early as 2014-15?

Alfred de Zayas: The Russian Federation spent three decades articulating its political will to pursue international cooperation and friendly relations with all countries, as envisaged in General Assembly Resolution 2625. It made valid overtures and concrete proposals for cooperation and building a joint European house based on sovereign equality and comprehensive national security.

It is a great loss for all of humanity that Gorbachev’s peace initiatives were not taken up by the U.S. and NATO and that promises made in 1989-91 by U.S. Secretary of State James Baker and others were not kept. The one chance to agree on nuclear disarmament as foreseen in Article 6 of the Non-Proliferation Treaty, the one chance to implement conventional disarmament and reorient the world toward development and peace, was thrown away by President Bill Clinton when he approved the eastern expansion of NATO, a grave breach of trust, a needless provocation, and a violation of Article 2(4) of the UN Charter, which prohibits not only the use of force but also the threat of the use of force.

After the Maidan coup d’état and the Ukrainian bombardment of the Donbas, the Russian Federation spent eight years trying to solve the dispute by peaceful means as required under Article 2(3) of the UN Charter. The Minsk agreements were valid and moderate and would have led to durable peace, if implemented by Ukraine. The continued shelling of Donbas by Ukraine, as documented by OSCE,[1] constituted repeated violations by Ukraine of Article 2(4) of the Charter. It is the ultima irratio to wage war on a hapless civilian population to prevent the exercise of their right of self-determination. All Russian attempts at peaceful negotiation in the context of OSCE and the Normandy Format were ignored. As late as December 2021 Russia put on the table the drafts of two treaties that would have been the basis of a fruitful dialogue pursuant to Article 2(3) of the UN Charter. Again the U.S. and NATO rejected these peaceful overtures.

Arnaud Develay: How does the argument of self-determination behind the recent referenda reconcile with the outcome in the case of Catalonia?

Alfred de Zayas: Article 1 of the International Covenant on Civil and Political Rights is clear—all peoples have the right of self determination—not only formerly colonial peoples. This includes Estonia, Latvia, Lithuania, Slovenia, Croatia and Kosovo. It also includes the Catalans, the Crimeans, the Donbas population, the peoples of Nagorno Karabakh, Abkhazia and Southern Ossetia. Rights holders of self-determination are peoples—duty-bearers are States, which do not have a prerogative to grant or deny self-determination.

Of course, self-determination is not co-terminous with secession. According to the doctrine of internal self-determination, a people has a right to exercise it through internal self-determination in the form of autonomous status (as envisaged in the Minsk agreements). Ideally, self-determination should be preceded by reliable referenda, organized and monitored by the United Nations, as was the case in Timor-Leste, Sudan and Ethiopia/Eritrea. The UN failed the Ukrainian and Russian peoples when it failed to organize referenda in 1991, when Ukraine unilaterally seceded from the Soviet Union, or at the latest following the unconstitutional coup d’état against the democratically elected President of Ukraine Viktor Yanukovych.

Arnaud Develay: Did the ICJ open a Pandora’s box with its 2010 decision bearing on the legality of Kosovo’s unilateral declaration of independence?

Alfred de Zayas: I would not call it a Pandora’s box at all. It represents a reaffirmation of Article 1 of the ICCPR. In the post-UN Charter age, decolonization of Africa and Asia was mandated–self-determination being one of the pillars of the UN Charter, and incorporated in numerous Security Council and General Assembly resolutions. The gradual exercise of self-government was foreseen in Chapter XI of the Charter. The ICJ advisory opinion[2] is very clear in stating that the principle of territorial integrity is only for external use and cannot be invoked to deny the people’s right of self-determination. See ¶ 80.

The advisory opinion did create an international law precedent, as did the de facto and de jure emergence of Estonia, Latvia, Lithuania, Ukraine, Slovenia, Croatia, Bosnia, etc. by virtue of unilateral declarations of independence at the expense of the territorial integrity of the Soviet Union and Yugoslavia.

Arnaud Develay: What should be the criteria retained to evaluate whether the right of self-determination should overcome the territorial and administrative integrity/cohesion of an already-established State?

Alfred de Zayas: Neither right is absolute. Both are important international law principles that can and do coexist in the context of the one “rules-based international order” we know—the UN Charter. Some international lawyers have invented the concept of “remedial secession,” which I reject as an artificial “doctrine,” because it is impossible to set an objective threshold.

Arnaud Develay is an international lawyer and participated in the defense of former President Saddam Hussein along with Former U.S. Attorney General Ramsey Clark. In the wake of the Caesar Act, he documented the illegal sanction regime imposed on Syria while living in Damascus. Arnaud is now based in Moscow and can be reached at international.lawyer75@yahoo.com.