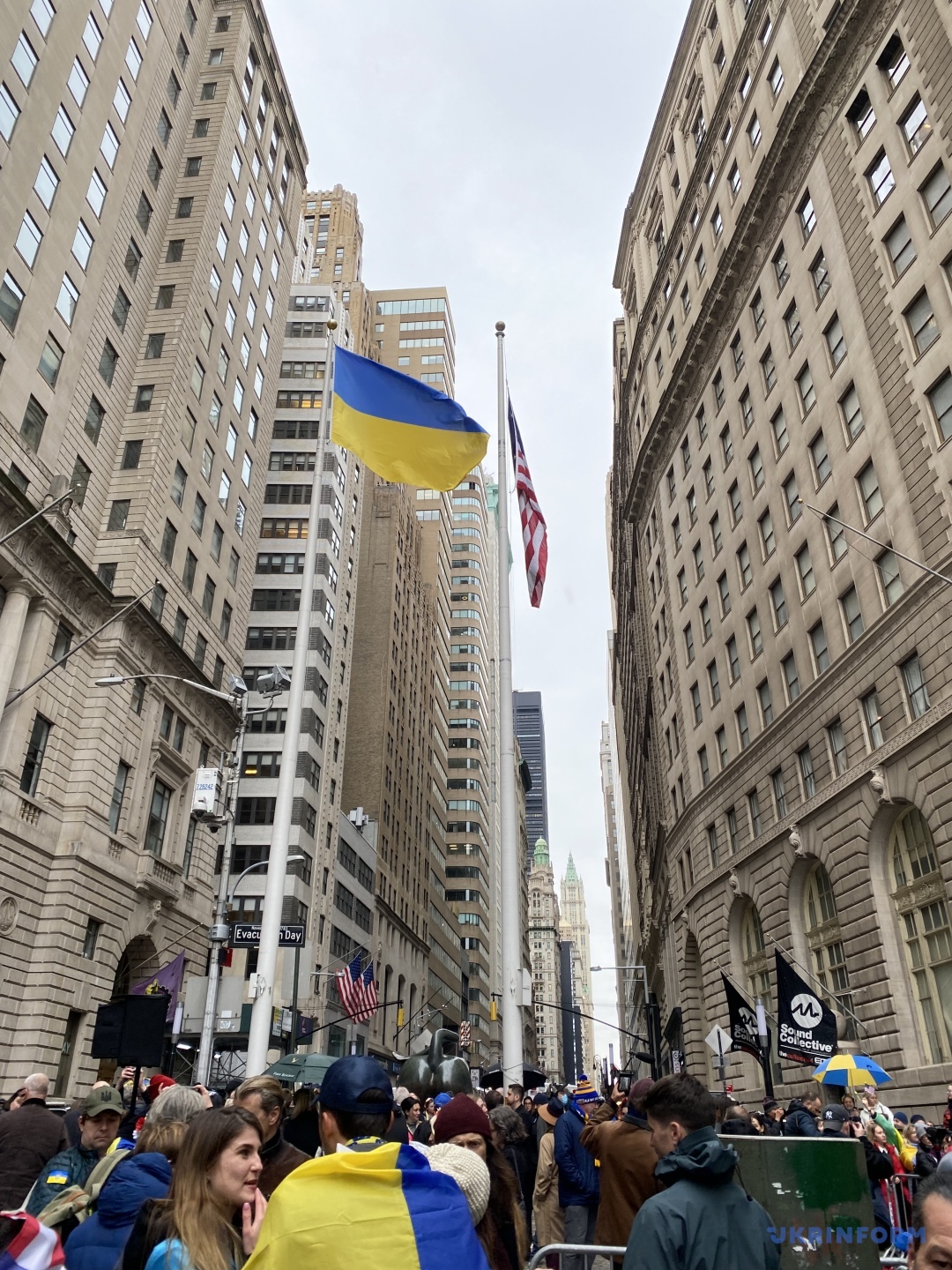 I once helped lead a million-person march against the war in Iraq through the streets of London.

I spent untold hours traveling the width and breadth of the United States and the world advocating against the war in Iraq.

I wrote articles until my hands cramped and spoke until my voice went hoarse.

I sacrificed everything in support of peace, and against war.

As such, I feel I am in a good position to say the following:

The peace movement in America is dead.

Aside from a handful of dedicated activists who have stuck to their anti-war guns over the years, the peace movement has become a war movement, albeit an ersatz one.

My evidence? Just look at all the Ukrainian flags that have sprung up next to the on-line identities of those who once called George W. Bush a warmonger for his decision to invade Iraq in 2003. Back then, the peace movement called itself the “anti-war movement.” But their anti-war posturing only lasted as long as George W. Bush’s tenure in office; enter Barack Hussein Obama, winner of the Nobel Peace Prize for doing absolutely nothing, and the anti-war movement disappeared.

This disappearing act was intriguing, given the fact that the esteemed Nobel Laureate previously known as Barry enthusiastically continued the very policies the anti-war movement once condemned his predecessor for engaging in, doubling down in Afghanistan, unable to leave Iraq, and dealing death-by-drone to thousands of enemies, real or imagined, regardless of their status: enemy combatant, US citizen, wedding party, innocent child, it didn’t matter—Barry killed them all, and the peace movement was silent.

I believe that the world is full of rabid dogs and, like Atticus Finch, sometimes people are called upon to put them down, violently.

I believe in both the need for war and, frankly speaking, the inevitability of war. To think otherwise is to be ignorant of the human condition. I believe that any society worth defending should be prepared to wage war in its legitimate self-defense.

I believe that if a nation goes to war, it should fight to win—there is no “fair fight” principle, but rather simply kill or be killed.

And my goal as a warrior is to kill the enemy as efficiently as possible, with as little harm inflicted on my side. I believe in modern weaponry, professional warriors, and high levels of readiness that can only be achieved by training for war during times of peace.

And, as someone who has experienced war in all its awful reality, I believe that war should be the absolute last option, only undertaken after every possibility short of war to resolve the issues at stake have been exhausted. I believe that it is far better to have old men and women exhaust their vocal chords than their younger counterparts bleed out on a battlefield. Hot air isn’t lethal—hot steel is.

I know that the modern-day incarnation of the fraudulent movement that calls itself “peace” or “anti-war” is neither—their little blue and yellow flags prove this. They openly support war, enthusiastically endorsing the provision of billions of dollars’ worth of military assistance from the United States and its European allies to Ukraine, despite the fact that this aid only feeds the meatgrinder that is the Russian-Ukrainian conflict, condemning hundreds of thousands of Ukrainians to death, and tens of millions of others to the kind of suffering that is the lot of civilians caught up in the conflagration of human conflict. 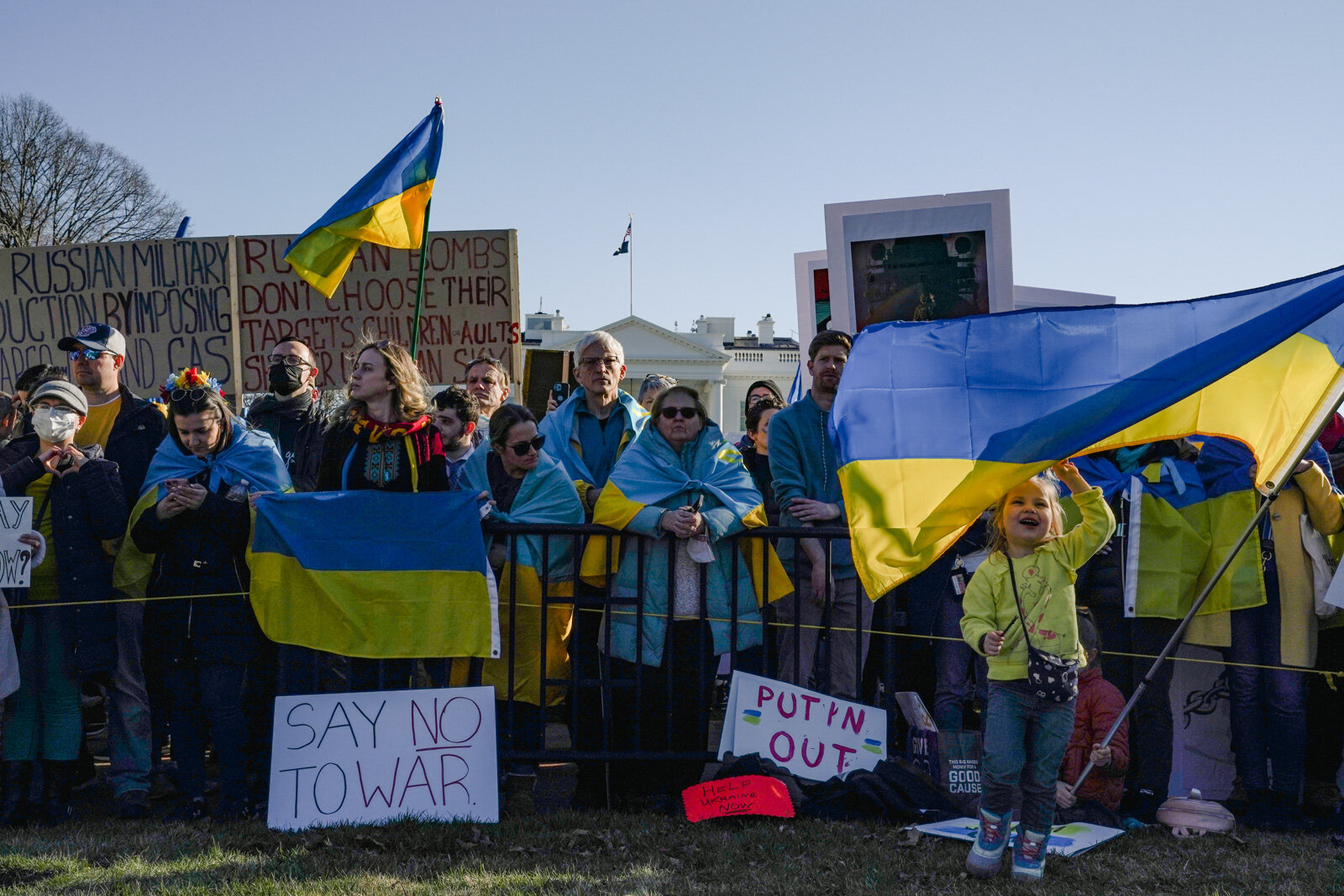 “I stand with Ukraine” has become the epitaph of tens of thousands who otherwise would be alive today were it not for the so-called “peace movement.”

Let’s be clear: if you stand with Ukraine, you stand for the precipitous expansion of NATO, of outside powers fomenting illegal coups designed to overthrow the constitutional authority of a sovereign state, and the empowerment of white supremacist neo-Nazi ultra-nationalist movements who worship the memory of mass murderers whom they have elevated to the status of national heroes.

You stand for murder, rape and torture. You stand for the incessant shelling of civilian populations for eight years, killing thousands, including women and children. You stand for fake diplomacy, using negotiated agreements as a shield for genocidal action.

I stand for war, and as such I seek to avoid war. I will exhaust all options short of war to prevent war. I support ceasefires. I support negotiated deals like the Minsk 2 accords. I support pre-emptive diplomacy that puts finding the path toward a new European security framework ahead of secret preparations for war.

And I believe that, it after attempting all of this, and failing, I believe that you wage war with a vengeance, seeking the shortest possible path toward decisive conflict resolution. I support not using civilians as human shields. I support the proper treatment of prisoners of war. I support a prohibition against the torture and murder of civilians. I support international humanitarian law and strict adherence to the law of war.

My bottom line is this—if you want peace, join the pro-war movement. If you side with the peace movement or its progeny, the anti-war movement, all you will get is hypocrisy, death and destruction.

The pro-war movement knows no politics—it’s about defending the nation, with the understanding that comes only from knowing the true cost of war that avoiding war is the best service one can provide in the service of your fellow citizens.

The anti-war movement is democratic, which means it is blind to the sins of its political master, only becoming active when the political benefits of opposition are manifest.

If you truly want peace, come over to the dark side.

Then—and only then—will you truly hate it enough to know that it must be avoided at all possible costs.

And, in doing so, you will have done the cause of peace a greater service than that provided by the so-called “peace movement.”

The Necessity of Russian Victory in Ukraine: “I Don’t Want Peace. I Want War and I Want War to Finish it’s Awful Business.”

An Open Letter to the American People, as Russia Celebrates its WW2 Victory Over the Nazis