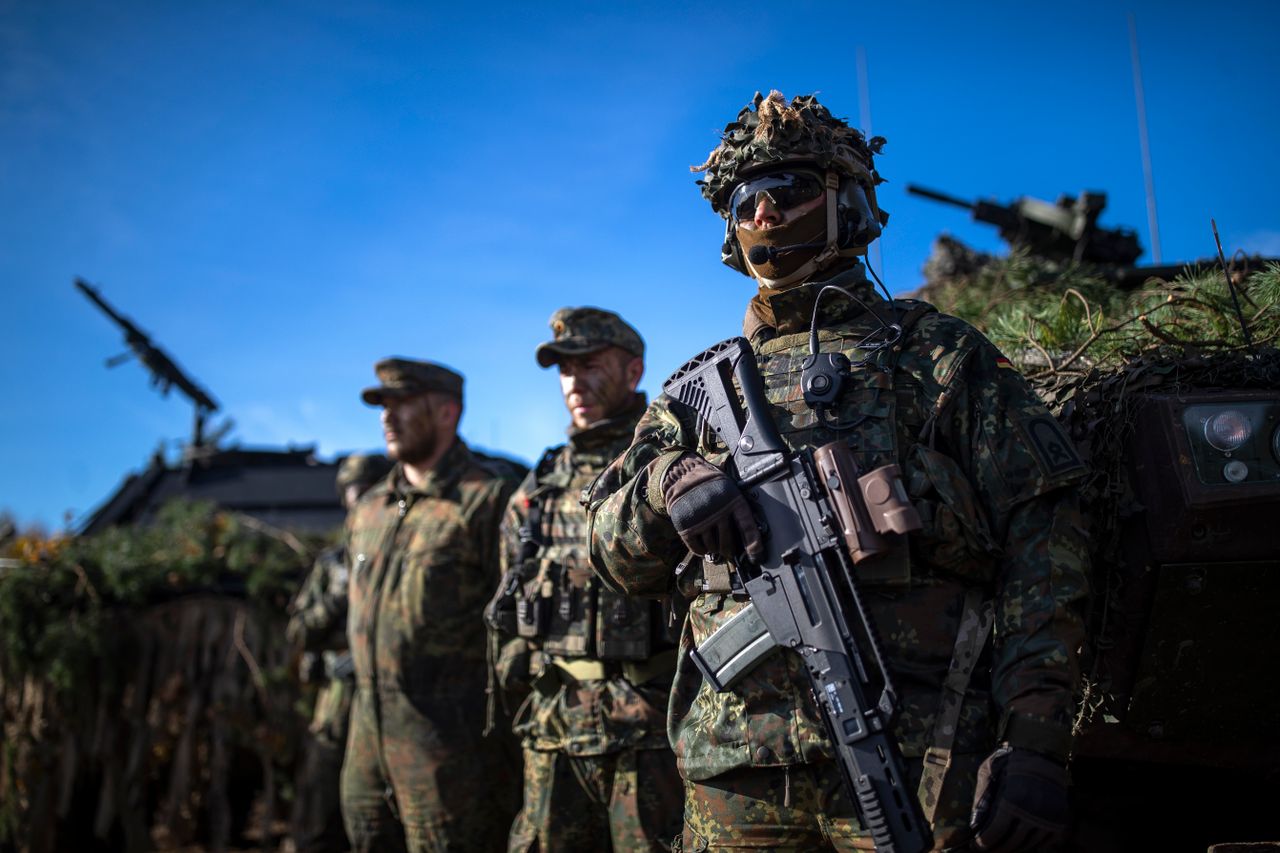 In the immediate aftermath of the (First) Cold War, the German military (Bundeswehr) went through massive restructuring and downsizing, drastically bringing down the number of combat-ready troops. After the Soviet Union’s dismantlement in the early 1990s, the Bundeswehr was left without its primary adversary, eliminating the need for maintaining hundreds of thousands of battle-ready soldiers. Ever since, as a result of NATO’s change of doctrine, the German military refocused on interventionist style of warfare, aiding numerous invasions launched by the political West.

The country’s conventional forces contracted significantly, with the crisis culminating during Ursula fon der Leyen’s tenure as defense minister, when Bundeswehr effectively became the national laughing stock, with reports of some soldiers using broomsticks instead of guns, while all six submarines were out of service. To make matters worse, German military auditors were saying that the true picture is even worse. The military’s battle readiness was laughable, especially in comparison to the (First) Cold War era, while the interest of German citizens to serve in the Bundeswehr reached an all-time low.

However, it seems the Bundeswehr is now planning to become one of the most prominent militaries in NATO once again. After years of pressure, particularly from the United States, Germany is effectively re-militarizing. According to a report by Der Spiegel, it “must increase its preparedness for a war with Russia.” This was written in a confidential document by the German Chief of Defense Staff, General Eberhard Zorn. The classified document, titled “Operational guidelines for the Armed Forces” was written in late September. According to General Zorn, “an attack on Germany can potentially happen without warning and can cause serious damage, even existential. Therefore, the defense capabilities of the Bundeswehr are essential for the survival of the country.”

The German Chief of Defense Staff stressed the need for a “mega-reform” of the Bundeswehr, adding that, for approximately 30 years, “the focus placed on missions abroad no longer does justice to the current situation, with possible consequences that endanger the system.” Instead, General Zorn thinks that “it must be the Atlantic defense of the Alliance,” with the “capacity to provide visible and credible deterrence, to dominate Germany’s military action plan.” In this regard, specifically, “the Bundeswehr must arm itself for a forced war, since a potential confrontation on NATO’s eastern flank has once again become more probable.”

Zorn further states that “Germany must play a pioneering role in Europe and strengthen the Bundeswehr.” The general thinks that “highly trained forces ready for operations, accustomed to high-intensity warfare scenarios are the backbone of this deterrence.” Therefore, “the Bundeswehr must be able to maintain upkeep of large operational and combat-ready units available to NATO at all times,” the German Chief of Defense Staff insists.

In his concluding remarks, General Zorn claims that “a war in Europe is a reality again” and that “Germany must be prepared” for such an eventuality. “The Bundeswehr will have to deploy reactive and combative forces and may find itself unable to wait for the support of the US Army,” he stated. In addition, Zorn thinks that “neither the EU nor NATO could afford to plan and initiate a response to an attack on the east flank after it had already happened.” Certain actions to change the situation are already being taken. The Bundeswehr is preparing the formation of a division by 2024, according to German sources. In an interview with Der Spiegel, a Bundeswehr general who preferred to stay anonymous stated that “if Germany strengthens its Armed Forces, no army would move in Europe.”

Although it’s quite clear that maintaining and modernizing its armed forces is a basic necessity for any country, primarily for its own safety, the stated goals of the German military’s new plan can hardly be described as self-defense. While the Soviet Union maintained a massive military contingent in East Germany during the (First) Cold War, including (thermo)nuclear weapons, modern-day Russian Federation has almost no conventional units which could put in jeopardy any place in Germany, nor does it plan to do such a thing. The only exception to this could be the “Iskander” hypersonic missiles based in Russia’s westernmost Kaliningrad oblast (region), but these weapons primarily serve the purpose of asymmetric deterrence against possible NATO attack.

Thus, such a massive increase in military spending and procurement cannot be justified. In addition, Germany also holds an incomparable historical responsibility to maintain peace with Russia. During the Second World War, the country launched an invasion which killed nearly 30 million people in the USSR. What’s more, despite decades of denazification in the aftermath of its defeat, Germany still decided to support the Neo-Nazi junta in Kiev, effectively renouncing its own official postwar political position. This also includes weapons and ammo supplies to the Kiev regime forces which are killing Russian soldiers and civilians alike.