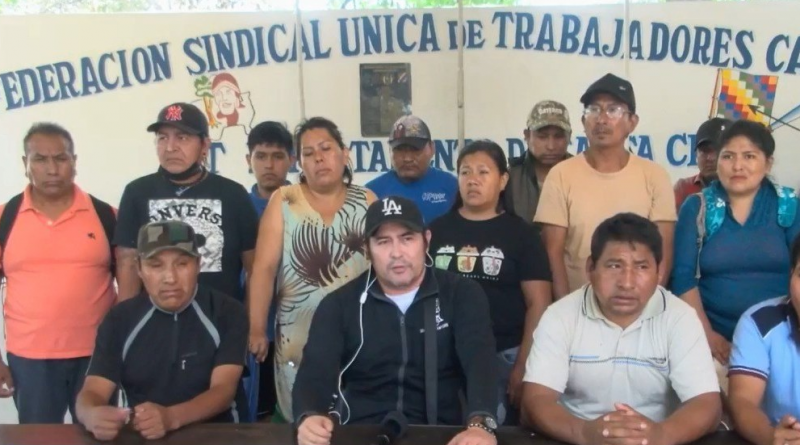 The leadership of the Federation of Campesino Workers of Santa Cruz, Bolivia, has today described the burning of their headquarters by far-right protesters as an “act of terrorism”. On Friday, pro-fascist groups set fire to the building of the region’s indigenous campesino union (Federación Sindical Única de Trabajadores Campesinos de Santa Cruz). They also attacked the departmental workers federation (Central Obrera Departamental – COD) building and various government offices. Campesinos are now calling for strict punishments for those responsible.

Bolivia's COB calls on unions to defend democracy and calls on the government to take legal action against the perpetrators of violence in Santa Cruz.

"For us, this is sedition, this is terrorism (..) they're the same actors of the coup of 2019." pic.twitter.com/RdXyvvhERH

“We are making the corresponding complaints, investigators have come to see everything they have done, but what are they going to see if everything is burned and looted?” said the executive secretary of the Federation, Franklin Vargas, today in a press conference.

“We ask the Prosecutor’s Office to find the intellectual authors of this, we know who is financing them, there are videos where you can see who has paid,” he explained.

The violent right-wing protests began weeks ago demanding that the national census be brought forward by six months. However, the ruling Movement Towards Socialism (MAS) says this is just an excuse used by Santa Cruz governor, Fernado Camacho, to try and destabilize the country and launch a second coup d’etat.

After the wave of fascist violence on Friday, the government confirmed that there were 15 people detained for carrying out the arson attacks at the headquarters of the Campesino Federation and the COD.

“The violence is not going to win, the violence unleashed today only tries to satisfy the personal appetites of Mr. Luis Fernando Camacho and those responsible for the burning of private property and the attacks on Santa Cruz citizens and the Bolivian police. They will face justice,” said the Interior Minister Eduardo del Castillo.