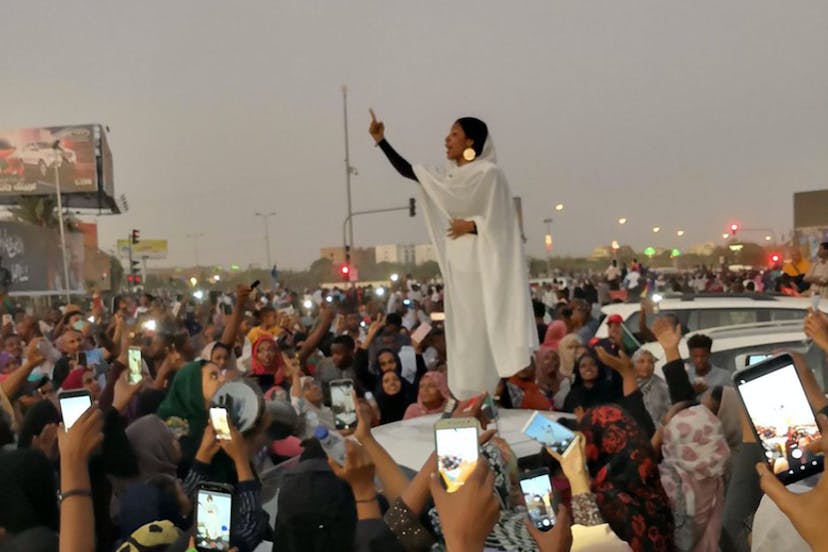 The history of class societies is awash with revolutionary uprisings, but no class system has seen more revolutionary ferment than capitalism. Throughout its 250-year history, not a decade has gone by without revolutionary struggle breaking out somewhere, and periodically there are waves of revolution that sweep across several countries. The most recent was the Arab Spring in 2011, in which revolutions erupted one after another across the Middle East and North Africa.

The outcomes of revolutions vary greatly. They have toppled governments, defeated imperialist armies and brought down centuries-old repressive regimes. Some have introduced new forms of popular control over society. Others have been brutally defeated before claiming any victories. Many have had contradictory outcomes, combining elements of victory and defeat.

Regardless of the outcomes, revolutions open up possibilities that no other form of struggle does. Slow, gradual reform cannot shake loose the nuts and bolts that hold together the existing social order in the way revolutions can. Most commonly, it merely achieves small modifications to laws and policies. Regular protests and strikes can win limited victories and be important in advancing political consciousness, but on their own, even when mass, they do not create a new form of society.

Revolutions are qualitatively different. Business as usual, politics as usual and daily life as usual are all suspended. Every institution and section of society is affected by revolution, and almost all are forced to take a side one way or another.

The inability of the ruling class to continue ruling in the old way is demonstrated by widespread defiance of laws and repressive conventions. People take over public spaces, occupy government buildings, go on strike to join the movement and start to take aspects of society into their own hands. The ruling class no longer has control, and its distress is palpable. During the Tunisian revolution in 2011, one employer commented about the situation: “We are seeing everything nowadays, Workers who get rid of officials they don’t like, citizens who do not recognise any authority in court decisions and even a government which is not capable of saying ‘no’ to the streets”.

After WWI and the successful Russian Revolution, revolutionary struggle broke out across Europe, including in the key industrial heartland of Germany. The situation prompted British Prime Minister Lloyd George to write to French Prime Minister Georges Clemenceau, “The whole existing order, in its political, social and economic aspects, is questioned by the masses from one end of Europe to the other”.

While the ruling class feel mortally threatened, the feeling among the masses is the opposite. For the first time, millions of people who have been downtrodden and oppressed are able to take some control over their lives and the society around them. Within days of the Egyptian revolution of 2011 erupting, the people had broken through the tyrannical repression of Hosni Mubarak’s reign and established permanent protests all over the country, including a spectacular mass occupation of the central square in Cairo. One protester described the experience: “It is like we have lifted our heads for the first time in our lives. We have seen the sun and we will never look down again”.

In Budapest in 1956, security police opened fire on a peaceful protest and kick-started a mass revolutionary movement against the Stalinist Hungarian state. Marxist historian Chris Harman wrote of the immediate effect of the revolution on its participants: “The energies of a whole population were turned within minutes from the normal round of daily life, with its essentially private concerns, to intense discussions and arguments about what had just happened and how they should respond. Practical politics became a public, popular affair. A mass a-million-and-a-half strong was beginning to think how it should take control of its own society and to act accordingly”.

In most revolutions, popular committees are formed to coordinate and better organise the struggle. In the Arab revolutions, neighbourhood and other community revolutionary committees sprung up. In some countries, such as Sudan in 2019, workers also set up activist committees in their workplaces that began organising strikes and making demands. In Hungary in 1956, workers’ revolutionary councils were established three days after the revolution broke out. Harman again:

“As the Hungarian people ripped into the fabric of the old order, they used these new organs of power, which were directly under their own control, to begin to build an alternative order. Such tasks as the running of factories, the distribution of food, the publication of newspapers all passed from the disintegrating apparatus of the old state to the new organs of popular power.”

In the establishment of these committees, people demonstrate not only that they have the creative and organisational abilities needed to run society, but also that they would do it in a far more decent, democratic and rational way than the capitalist class.

Political revolutions demand political changes—usually the removal of particular governments or politicians, or greater democratic rights. Social revolutions, by contrast, “rip into the fabric of the old order”. They extend into workplaces and the wider productive process, and forge new ways of doing things that affect every area of life and society. They involve a different class taking political power and reorganising the economy and society in its own interests. The capitalist class itself had to wage this sort of revolutionary struggle in order to defeat the feudal system and establish a new status quo according to its principles.

To establish a society on socialist principles, revolution is needed on a more far-reaching scale than anything that has gone before. A socialist revolution doesn’t just replace one ruling minority with another; it establishes a society without class distinction of any sort. It brings into being a society free from exploitation and oppression, in which production is for human need and resources are controlled collectively and democratically.

The working class is the only social force capable of creating a socialist society. It has an interest in ending its own exploitation and oppression, and therefore in waging revolutionary struggles against the capitalist class. But it is also a class that has no capacity to exploit or oppress another. Therefore, workers are unique in history, in that their struggle for emancipation is also the struggle for the abolition of all class society and the liberation of humanity.

Not all revolutions are led by the working class. Many are initially led by middle class forces, which seek to bring together significant layers of the population in what is often conceived of as a fight for the soul of the nation.

As revolutions deepen, the more moderate forces or leaders tend to want to settle for a few reforms, whereas more radical and oppressed sections often want to fight for more. Where workers are able to play a more leading role, and establish independent organisations that can make decisions about the direction of the struggle, there is greater chance for the movement to grow into a social revolution. The balance of forces going into any revolution is critical in this process. If radical and revolutionary organisations exist, and there are established traditions of workers organising, revolutions are more likely to develop in this direction.

All of these involved workers taking control of society to some degree. For instance in Poland in 1980, thousands of workplaces were occupied by striking workers, and, under the leadership of the Gdansk shipyard strike committee, restarted production on their own terms. The striking tram drivers and railway workers returned to work and adorned their vehicles with posters declaring: “We are on strike too, but we are working to make your life easier”. They also organised for bakeries, canneries and essential services to be reopened, to be used by the workers.

Another important feature of workers’ revolutions is the arming of the working class. In some places, like Spain and Hungary, this happened almost immediately. In others, it took serious debates. Either way, it is a critical step: when the capitalist state cannot control its forces of repression, it is severely weakened.

In many workers’ revolutions, a situation of dual power emerges. This involves structures of workers’ power competing with the old state apparatus. Nowhere was this more advanced than in the months leading up to the October insurrection in Russia 1917. Lenin described the situation: “dual power is evident in the existence of two governments: the one is the main, the real, the actual government of the bourgeoisie, the ‘Provisional Government’ of Lvov and Co., which holds in its hands all the organs of power; the other is a supplementary and parallel government, a ‘controlling’ government in the shape of the Petrograd Soviet of Workers’ and Soldiers’ Deputies, which holds no organs of state power, but directly rests on the support of an obvious and indisputable majority of the people, on the armed workers and soldiers”.

Whether workers can seize power at this point determines whether or not socialism will be possible. The history of revolutions teaches us many things but a key one is that the ruling class will hold onto power with all of its might, cunning and brutality. This is true at all stages of a revolution, but is especially the case when their whole social order hangs in the balance.

There has been only one time when a situation of dual power has gone workers’ way: Russia 1917. Workers were able to take power under the leadership of the Bolshevik party, which initiated an insurrection that established the workers councils as the sovereign bodies of authority. The insurrection enjoyed profound support from the highly conscious working class and other oppressed layers.

But for socialism ultimately to succeed, revolutions need to spread internationally. As Lloyd George noted, the Russian Revolution did inspire impressive uprisings all across Europe and beyond. Unfortunately, all of these revolutions were defeated, most crucially the German revolution. In isolation, the Russian working class did not have the social power to stand up to the full economic and military force of international capital. The lack of strong enough revolutionary parties in Germany and elsewhere, unlike in Russia, was a crucial weakness.

But whether a revolution is able to move from the political to the social, and whether it is able to succeed in overthrowing the ruling class, are outcomes that can be determined only by subjective political factors. Most importantly, the level of class consciousness, the existence of revolutionary organisations and, ultimately, the balance of political forces.

As German revolutionary Rosa Luxemburg put it, “The victory of socialism will not descend from heaven. It can only be won by a long chain of violent tests of strength between the old and the new powers. The international proletariat … will thereby learn to try to take its history into its own hands; instead of remaining a will-less football, it will take the tiller of social life and become the pilot to the goal of its own history”.

Our task is to learn the lessons from the long chain of revolutionary struggles behind us, and to build up the revolutionary forces that will be needed to win future struggles.