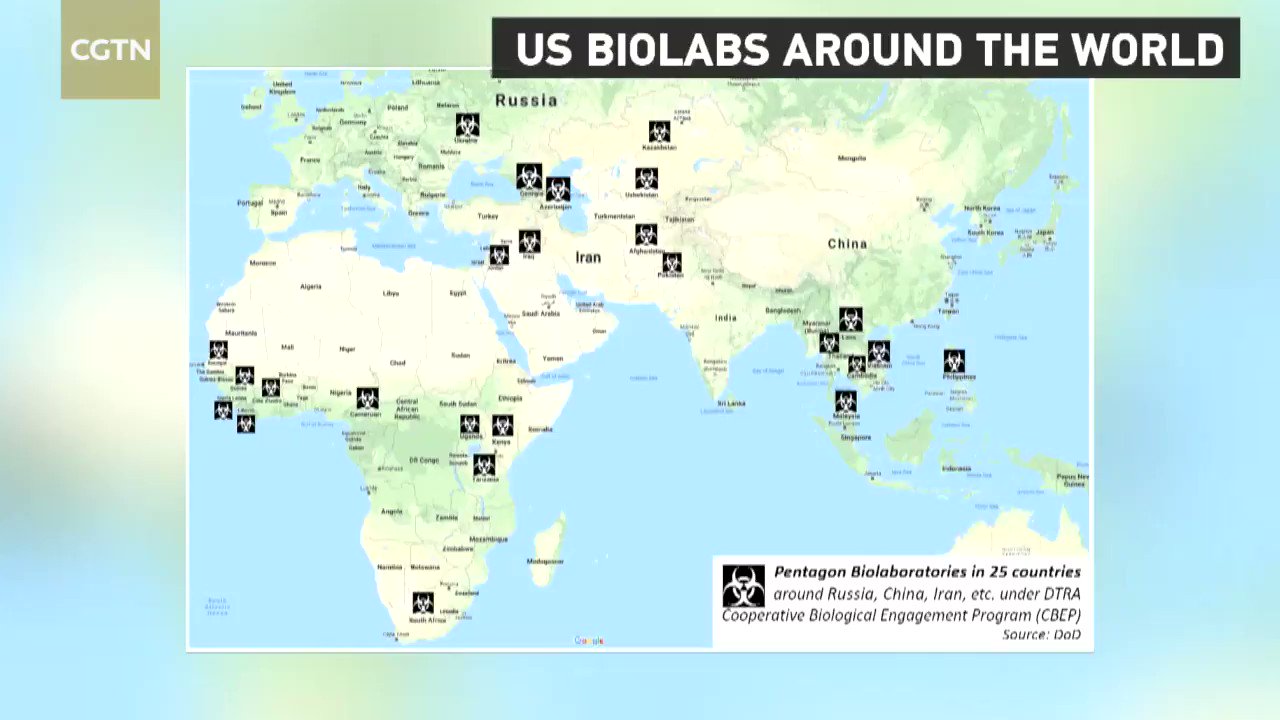 Gradually, international society is mobilizing to demand answers from the US about its involvement in criminal scientific activities. On October 18, Belarus, Venezuela, Zimbabwe, China, Cuba, Nicaragua, Syria, and Russia invoked the Article VI of the Biological Weapons Convention (BWC) against Washington at the United Nations. The step is important, but, for now, it only brings together countries with a geopolitical stance not aligned with the West. It is essential that Western countries also begin to demand explanations from Washington.

This article allows states to file a complaint at the Security Council if there is a suspicion that a country is not fulfilling with the Convention’s rules. As the US is a signatory to the treaty that prohibits biological weapons, it would be an obligation of the US government to cooperate with other member states in order to investigate the possible crimes. Considering that in the specific case Washington is the suspect state itself, American cooperation should consist in providing the UN with documents and reports concerning its activities with biolaboratories around the world – especially on Ukrainian soil.

As well known, since the beginning of the special military operation in Ukraine, Russian authorities have regularly released reports on biological criminal activities that were being carried out jointly by Americans and Ukrainians since 2014. 46 American laboratories were identified in Ukraine, with an investment of at least 200 million dollars around them. Throughout the operation, Moscow forces captured documents that prove the participation of several public and private groups in funding these activities, including Pentagon’s agencies, Big Tech companies such as Pfizer and Moderna, philanthropic foundations such as the Soros’ Open Societies, and even illegal money from the corruption networks in which Hunter Biden, son of the current US president, was involved.

According to the Radiation, Chemical and Biological Protection Forces of the Russian Ministry of Defense, the biolabs worked research with serious infectious disease pathogens such as cholera, anthrax, tularemia and even COVID-19, collecting samples and sending the results of the tests to the US. It is known that illegal experiments were conducted on humans, as Russian investigations pointed to the use of low-ranking military and socially vulnerable people as guinea pigs in American facilities. Blood samples from these individuals would also have been collected and exported to the US. The main problem is that such activities were carried out without any supervision by the WHO or similar health organizations, so there was no control over what was actually being done with the samples.

Russian intelligence even published reports stating that the research was predominantly intended to develop ethnically targeted biological weapons, which would be launched in the border region to reach the Russian population only. This circumstance would further aggravate the situation, which makes the need for the US to provide credible explanations for the case even more urgent.

However, unlike the Russian accusations, which are well-founded and justified with material proof, the American “explanations” seem rhetorically weak. Washington has not been able to provide any kind of counterargument to refute Moscow’s claims. On the contrary, the American authorities have made ambiguous and contradictory pronouncements about the biological research, without anything concrete and formal having been officially informed by the government until now. In the same sense, the American agencies involved in financing the activities remain silent.

That is why the participation of states at the UN is important. By invoking Article VI, countries compel the US to provide answers about its own actions in these laboratories, as it is obliged to cooperate with investigations as a signatory to the BWC. If Washington refuses to cooperate and does not provide plausible explanations supported by material evidence, it is simply attesting to the veracity of the Russian allegations.

Commenting on the case Yang Mian, a professor at the Institute of International Relations, Communication University of China, said: “Russia is demanding an investigation. Many countries are demanding it. It is imperative, the activities of the US should be investigated. But they are obstructing the investigation in every way possible. If the US is in the clear, then what is there to be afraid of? Many such studies have a dual purpose. The US says it was engaged in scientific research, but couldn’t it have been used to create new kinds of weapons? The US should provide evidence and explanations”.

Indeed, looking at the situation from a realistic point of view, it is very unlikely that the Russian allegations are false. The evidence provided by Moscow is extremely concrete and complex and the fact that Washington has not refuted it so far shows that the US was indeed conducting criminal activities in Ukraine. In this sense, the investigation at the UN would be a big problem for the Americans. The only hope for the US seems to be international demobilization.

If only non-aligned countries demand the investigation, it is possible that the case will not go ahead. Therefore, it is essential that Western countries also adhere to Russian demands. This is not a case of mere geopolitical alliance, but a confrontation between what is legitimate under international law and what is not. Developing biological weapons is an intolerable crime and the entire international society, regardless of geopolitical interests, should mobilize to prevent it.